Bryson’s Augusta ASSAULT: Beefed-up DeChambeau plans to bomb it at the Masters – but knows power alone will not win the Green Jacket

The press building here at Augusta National is situated at the far end of the practice ground, precisely 390 yards from where Bryson DeChambeau started launching his howitzers with his monstrous 48-inch driver on Tuesday.

A viewing gallery outside provided a perfect vantage spot, although you were half-expecting Bryson to scream: ‘Fore!’ at some point after really catching one. As it was, he got within 10 yards or so, as his all-out assault on this sacred venue extended even to the driving range.

DeChambeau has still to decide whether he will go with the club that will deliver another 12 yards or so, or stick to his more customary 45-inch model — but all the signs are the new toy will come out to play. 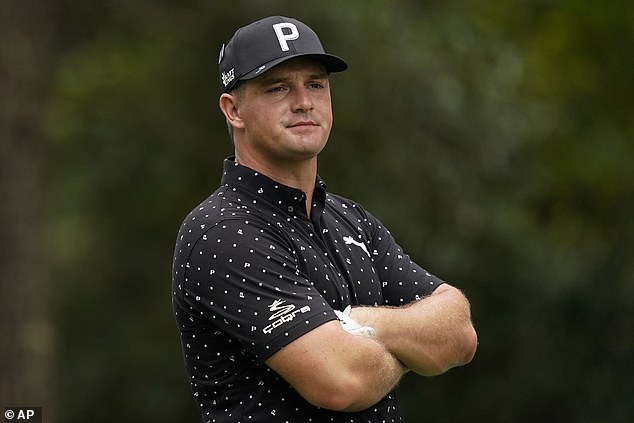 ‘I didn’t expect it to work and it’s now so close to the Masters, but the results are so promising,’ he said. ‘I’m getting another 5mph or so in swing speed and the dispersion rates are good, so I’ve clearly got a decision to make.’

Earlier, in the press interview room, DeChambeau had laughed out loud at the picture of him that came on the video screen, taken at the last Masters. Skinny, and with a willowy swing, he was simply unrecognisable to the granite-jawed hulk who filled the entire width of his plush armchair.

‘What do I think when I see that picture? It brings home some of the sacrifices,’ said the 27-year-old Californian. ‘There were three hours every day at least, and especially during quarantine, of dedicating my life to getting stronger.

‘I started all this stuff after a back injury. I couldn’t get out of bed one day and I thought, what am I going to be like when I’m 30? So that’s when I began with the workouts after playing golf, figuring something out for my body to make me feel better. And I feel so good now. I’ve built up my strength to the point where I have the tolerance levels to swing so hard at the ball.’ 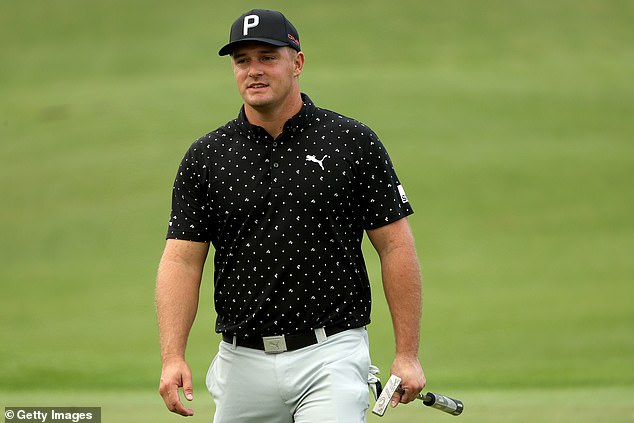 Even DeChambeau is surprised at the startling progress he has made in a relatively short period of time, and he is far from finished yet. ‘I don’t know what the end game is, or how far I can go,’ he said. ‘All I know is that I’m hitting it further than I was hitting it at the US Open and further even than a month ago at my last event. I firmly believe that hitting it further is the best way of playing the game.’

DeChambeau played nine holes on Monday afternoon with Tiger Woods, Justin Thomas and Fred Couples. How poignant it must have been for Tiger to find someone hitting it 40 yards past him. DeChambeau was 30 yards past Thomas while out of politeness we will leave 61-year-old Couples out of the conversation.

The club member in charge of media duties, perched an acceptable social distance from DeChambeau in the interview room, managed to keep a straight face as the US Open champion calmly explained how he dismantled Augusta in practice. We are back now where Tiger was in 1997, when he claimed the Green Jacket by 12 shots with a driving distance average fully 20 yards past anyone else.

‘On the 11th, I asked Tiger what he hit in 1997 to the green and he said a wedge, so that was kinda cool I had the same club,’ said DeChambeau. Bear in mind the hole is some 40 yards longer than it was back then — and it should be played with a mid to long iron. 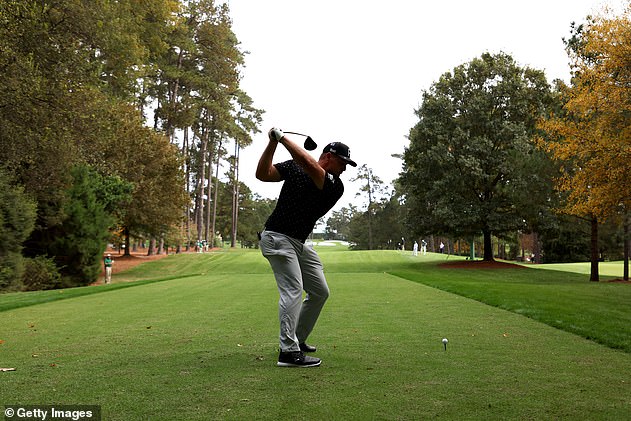 Accordingly, DeChambeau will stride to the first tee tomorrow firmly believing the true par for him is 67, not 72. ‘Obviously with my length, I’ve had to relearn the golf course,’ he said. ‘I’m looking at four par fives that I can comfortably reach in two, and I can drive the par four third green. It gives me the chance to have a part of my game not working well and I can still score under the real par.’

A common misconception of DeChambeau brought on by the obsession regarding his distance stats is that he is just a sport jock who lashes the ball as hard as he can without a care.

Nothing could be further from the truth. The physics major has brought so much science to bear, while he has a battery of fitness geeks to make sure his body can cope. He answers in complete sentences and with a great deal of thought. And he is fully aware he is not going to win this week simply by putting a 48-inch driver in his bag.

‘I know my length gives me an advantage but you still have to chip and putt well round here to win,’ he said. ‘It was the same at the US Open. I won the event by six shots because I had the best putting week of my life.

‘I’ve not putted well here in the past, so I’ve got a lot of work to do over the next two days to feel comfortable on the greens.’

Meanwhile, back at the press room viewing gallery, we are safe. For now. 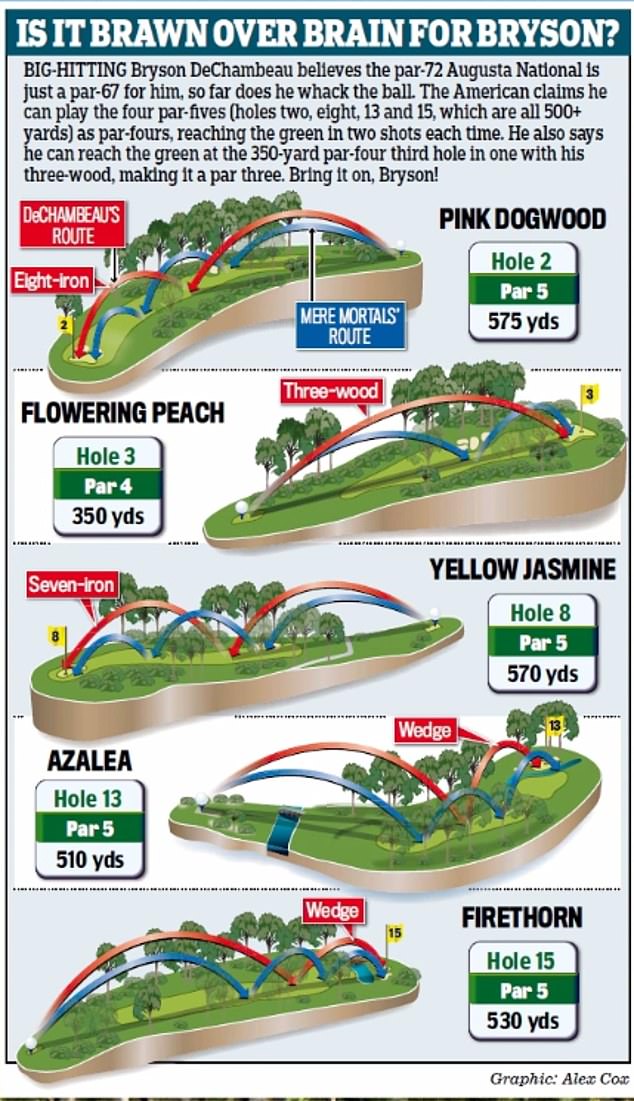