Any more of this and there might have to be a rethink on Tyrrell Hatton’s parodied status as the angriest golfer in town. Indeed, it would be difficult even for him to find frustration or fault in his exceptional performance across four days in the desert.

That he chased down Rory McIlroy and then sauntered past him to win the Abu Dhabi Championship on Sunday by four strokes is really only part of his tale.

The wider narrative is of a 29-year-old who has won four tournaments since November 2019, a haul matched only by Dustin Johnson, and on Monday could enter the world’s top five. 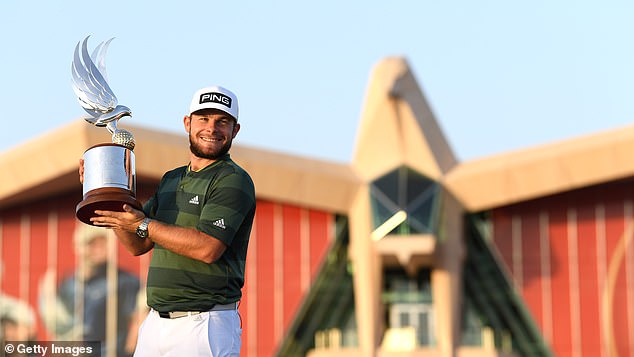 Sure, his reputation for tantrums and those lines in self-deprecation have made for funny videos on social media this week, but primarily he is a member of golf’s global elite who is moving ever inwards from the fringes when we talk about serious contenders for the majors.

This win made those arguments stronger again, largely for the manner in which he tussled with McIlroy and didn’t so much as blink. Through the rounds, one or the other had sole occupancy of the lead – McIlroy by one after the first, Hatton by three after the second, McIlroy by one going into the last.

That advantage grew to two early in the final round but from there Hatton was flawless, devastating and in one instance quite lucky; McIlroy was none of the above.

Hatton closed with a second bogey-free round of the week, carding six birdies for a 66 to go with a 65, a 68 and a 71 for an 18-under total, while McIlroy was again left to question the consistency of his gifts. He had alternated between hot and lukewarm all week, from the sublime of an opening 64 and a third-round 67 to the underwhelming two loops of 72 on Friday and Sunday. 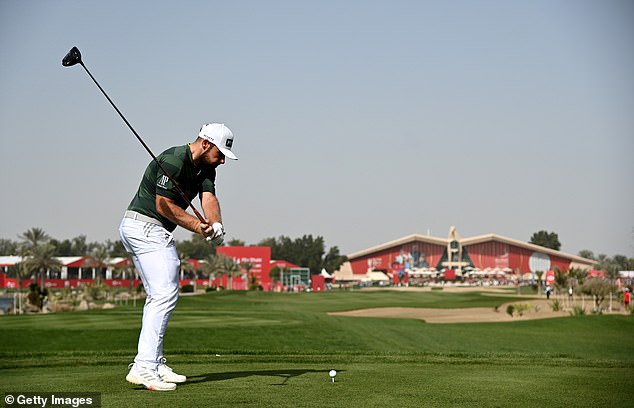 The latter left McIlroy in the top three for the eighth time in 11 attempts at a tournament he is yet to win, six strokes behind Hatton and one short of second-placed Jason Scrivener of Australia. Hatton was full value for a win that was worth just shy of £1million and enough ranking points to jump him up from ninth in the rankings and ahead of McIlroy, the world No 6.

‘It’s surreal,’ said Hatton. ‘Starting the day one back behind Rory, you always know it’s going to be a tough day. If Rory plays as good as he can, he’s basically the best in the world. It was always going to be really tough to get past him. Obviously I’m very happy.’

The hope now must be that he can make a dent in the majors after he flopped in the three staged last year.

Hatton, who will surely be a key figure in the Ryder Cup this autumn, said: ‘Obviously the majors last year for me were disappointing, I missed the cut in all three. But golf’s a funny game. You’re trying your best every single week, and some weeks it works out better than others. So I’m hoping that in 2021, the majors fall in good weeks for me.’ 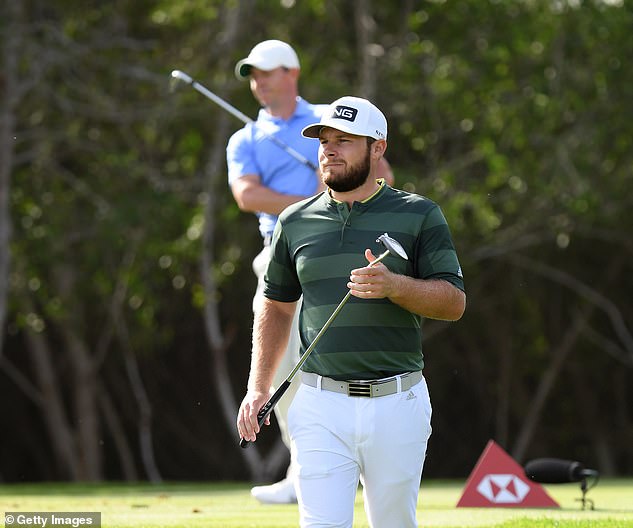 McIlroy will also draw encouragement as he builds up towards the Masters, even though he lost a chance for a first win in more than a year.

He started well with birdies at two and three, but the tuning point was the 10th, when Hatton faced a 34-footer for birdie. Hatton holed at such speed that by his own admission he would have likely missed the putt coming back if the birdie stroke stayed out.

‘Lucky’ as Hatton put it, but by then McIlroy had already dropped shots at four and eight and would balance birdies at 10 and 18 with further bogeys at 11 and 16.

‘I don’t feel like I played great this week,’ said McIlroy, whose driving was occasionally wayward. ‘It was nice to get a competitive week under my belt to see where my game is and what I need to do to keep on improving. It’s about a little more consistency.’

Scotland’s Marc Warren was fifth and the English trio of Tommy Fleetwood, Chris Paisley and Matt Wallace were in a tie for seventh.