WHEN IS THE US OPEN?

The 120th edition of the US Open will be held from Thursday evening until Monday morning (Australian time).

The tournament will be held at Winged Foot Golf Club in Mamaroneck, New York. 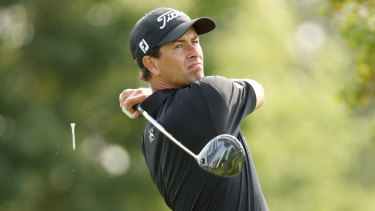 Adam Scott is one of nine Australians contesting this year’s US Open.Credit:Getty

WHERE CAN I WATCH?

All the action will be live on Fox Sports, Kayo and Golf TV from 2am-9am on Friday, Saturday, Sunday and Monday.

WHO IS THE DEFENDING CHAMPION?

WHO MAKES UP THE AUSSIE CONTINGENT?

Former major winners Jason Day and Adam Scott head a nine-strong field at the second big one of the year. Marc Leishman and Cameron Smith, both winners on the PGA Tour in 2020, will also be in attendance, alongside Scott Hend, Lucas Herbert, Matt Jones, Curtis Luck and amateur Lukas Michel. 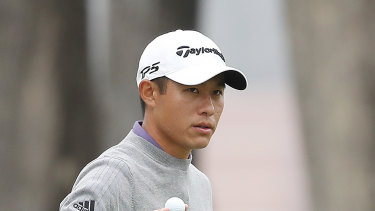 WHEN DO THEY TEE OFF?

Luck is part of the first group along with Kiwi Ryan Fox and Brandon Wu at 8.50pm. Jason Day gets under way just over an hour later at 9.56pm playing with Webb Simpson and Sergio Garcia. Scott is part of a heavyweight next group at 10.02pm with Rory McIlroy and Justin Rose. Hend is at 10.51pm, which wraps up the morning wave for the Aussies. Later on an all-Australian group of Herbert, Jones and Michel tees off at 2.32am followed by Leishman and Smith – along with Austria's Bernd Wiesberger – 10 minutes later.

ARE WE IN WITH A SHOUT?

Two-time runner-up Day played himself into a rich vein of form, culminating in a tied fourth at last month's PGA Championship at Harding Park. Since then though he's fallen off the pace somewhat, missing the cut at the Northern Trust before finishing 64th at the BMW Championship. Former British Open winner Ian Baker Finch, however, told the Herald this week the treacherous nature of the Winged Foot layout could work in Day's favour. Bookies have him the best of the local bunch at $31, just ahead of Scott at $34. The rest are $101 or longer.

WHO ARE THE FAVOURITES?

World No.1 Dustin Johnson, still chasing that elusive second major, is a $9 favourite ahead of Jon Rahm ($11), Justin Thomas ($12), Rory McIlroy and Xander Schauffele (both $15). Surprise PGA Championship winner Collin Morikawa ($17) is next best in a field boasting a total of 25 major champions, including 10 past winners of the US Open. One of those is three-time winner Tiger Woods, who you can never rule out, at $34.

GIVE ME A GOOD OMEN…

The last time the Open was held at Winged Foot was 14 years ago when Geoff Ogilvy became just the second Australian to lift the trophy. Because you asked, the first was David Graham, in 1981.