‘This could play right into the hands of Rory’: Sir Nick Faldo believes delay could give Rory McIlroy the chance to win ALL four majors this year

Sir Nick Faldo believes that if all four majors are shoehorned into a tightly-packed window later this year, it will offer Rory McIlroy and the other leading lights a real opportunity to rewrite golf history.

No professional has ever managed to win all four majors in the same season to complete the Grand Slam, but Britain’s greatest golfer believes the forbidding odds on such a feat will shorten considerably if a condensed schedule sees players go practically from one major to the next.

Speaking from his home in Ponte Vedra Beach, Florida — adjacent to where the Players Championship is held each year — the six-time major champion said: ‘This could play right into the hands of Rory, Brooks Koepka and three or four other guys. 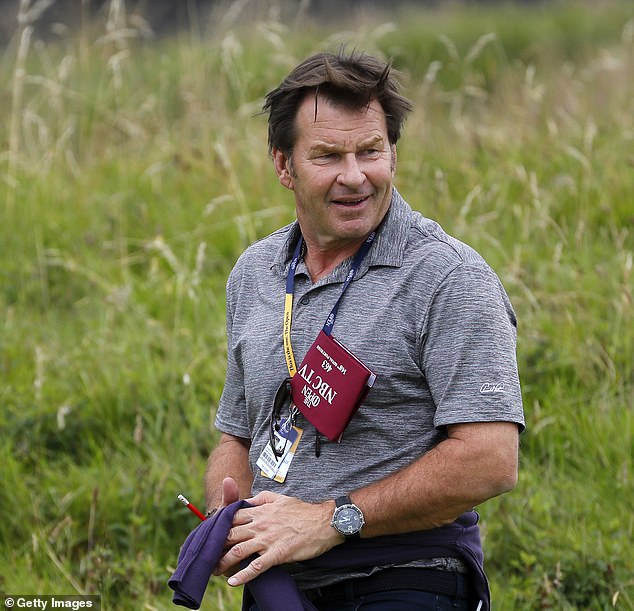 ‘When you win a major, you’ve got a month before the next one when you’re playing in a couple of events, doing all the interviews and over that period of time you kind of lose the magic.

‘We all know the hardest thing about majors is the time you’ve got to think about them. But what if you’ve only got a week or so? What if you’ve got all that emotion and confidence from winning inside you and you walk straight to the first tee at the next major? How wonderful would that be if you’re playing great?

‘I think someone who is mentally prepared and mentally strong enough could get on an unbelievable roll later this year. There’s a real chance for one guy to win two or three and we could even see a clean sweep.’

Faldo’s optimism that we will see all four majors played, let alone one man win them all, is a tonic for these hard times when we’re peering for some light at the end of the tunnel. 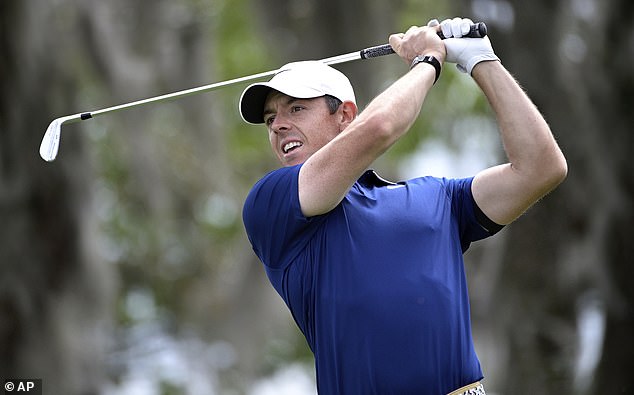 ‘There are obviously a lot more important things going on right now and it’s hard for all of us sitting at home watching what’s unfolding,’ said Faldo, who was due at the Masters next week for another stint as lead analyst for CBS television in America. ‘But I do think the Masters will be played later this year, as well as the other three majors.’

Tiger Woods — shock, horror — is the only pro to hold all four majors at the same time, winning the last three in 2000 and completing the set by winning the 2001 Masters. In 1953, Ben Hogan won the three majors in which he played, and in 1930, American Bobby Jones won the Grand Slam when it comprised the two Opens on either side of the Atlantic and the British and US Amateur Championships.

As for Faldo, his best year came in 1990 when he won the Masters, finished third in the US Open, won the Open and finished tied 19th at the USPGA.

Regarding the Ryder Cup, due to be staged amid the majors frenzy in September, the Englishman added: ‘It’s difficult to know the best way to proceed. I can see the idea to crack on and raise morale, but equally how can you have a true Ryder Cup without a proper qualifying period? It’s a tough one.’

Faldo was saddened when he heard last week about the mandatory closing of golf courses in Britain and Ireland. ‘I get the vital reasons why we all need to be really disciplined, stay at home for the most part and practise social distancing,’ he said. ‘I can see it’s vital that clubhouses are closed and nobody touches things like flagsticks. 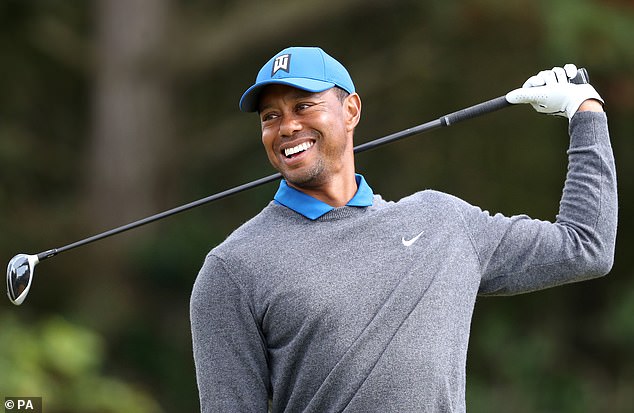 ‘I just think with a little imagination you could keep the actual courses open. What would be the harm in staggering tee-times and people going straight from the car park to the first tee and playing on their own?

‘You’ve got hundreds of acres of open land where you could be belting a ball around with no one anywhere near you. Imagine how that would help keen golfers in terms of mental health?’

Intriguing thoughts, as ever, from the maestro. Roll on late summer, and the chance to see if anyone can complete the Shoehorn Slam.

BOOK OF THE WEEK

Golf instruction books are always aimed at the young and athletic. But what about the rest of us on the inward nine of life?

Former Ryder Cup player Dawson became one of the nation’s leading teaching professionals when he hung up his competitive spikes and here he passes on his wisdom for the back-niners, as he calls the senior ranks. The book is a delight for anyone whose backswing is no longer quite so full but is not ready to give in just yet to all the ravages of time.