‘I’ll pick all 12 players if I have to’: Europe captain Padraig Harrington insists we must not postpone this year’s Ryder Cup

Europe’s captain Padraig Harrington could hardly be any clearer when it comes to the two schools of thought regarding this year’s Ryder Cup.

Do we play on at Whistling Straits this September to raise morale or do we postpone for 12 months, as some of his stars have argued, because the qualifying system will be heavily compromised?

‘We’re playing on, if at all possible, because the merit of getting out there and showcasing our sport far outweighs a perfect qualifying system,’ the Irishman told Sportsmail in a passionate phone call from his home on the outskirts of Dublin on Tuesday. 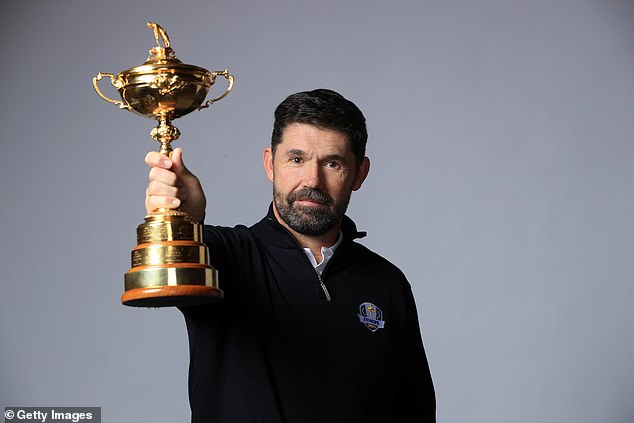 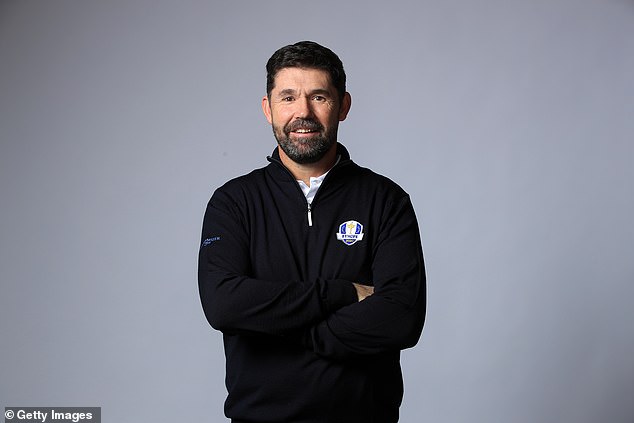 ‘It wouldn’t worry me if we were the first tournament back and I had to go with 12 picks with no qualifying. In many ways, it would be perfect if the Ryder Cup was the first tournament back. Just 12 guys from Europe and 12 from America, with no prize money at stake and competing just for the glory? Wouldn’t that be a nice way for sport to start back?’

Harrington is keeping busy. He is trying to insert some much needed cheer into our lives with a series of entertaining instruction videos on social media as well as plenty of teleconference meetings about the Ryder Cup.

‘The models are changing regularly, as you can imagine, as we lose more tournaments,’ he says, but there is no consideration given yet to what he plainly regards as the doomsday one of postponement. 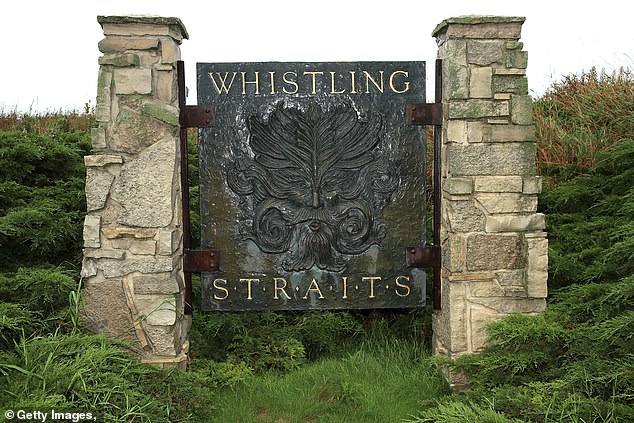 ‘I look at it this way. Imagine if they showed a live game from the National League in football on television tonight. The whole of Britain and Ireland would be watching.

‘That’s the power of live sport, and how much we’re missing it. Multiply that by so many times and you get to the scale of the Ryder Cup. Don’t we have a duty and a responsibility to try to hold it? Qualifying can always be sorted out.’

When it comes to leaving nothing to chance, you would struggle to find a captain to rival Harrington — but even he could never have conceived that his term would be so overshadowed by the darkness of the world’s current plight. ‘I’m a reasonable person when it comes to preparing for all eventualities but how could you have foreseen anything so horrifying?’ he said.

‘We’ve got all our different scenarios but none of them really add up to anything important in the real world. But we go on, and we’re trying to be ready. If we can play, we’ll be there, and I know the PGA of America are on the same page.’

What is his gut feeling about the majors? ‘I have an inside track regarding the Ryder Cup and I can tell you our date is set in stone and the other authorities are working around us,’ he said. ‘But I’m not privy to other details. If you’re asking me as a pro, I’d say the Open will move from July to a later date rather than be cancelled, and there must be a strong chance there will be two majors played back to back. 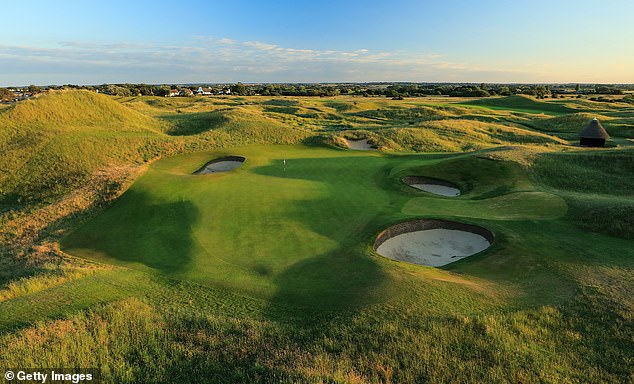 ‘Right now, though, wouldn’t we all just love to be worrying about such a hectic playing schedule?’ Assuming an August resumption, with two majors and other tournaments slotted in before the Ryder Cup, would that be a sufficient qualifying period or would he ask for more than his three picks? ‘We might have to think about more picks, it might be easier so we don’t miss anyone,’ he conceded. ‘Literally, nothing is off the table right now, including 12 picks.’

Away from the Ryder Cup, do have a look at his Twitter output, where he posts an instruction video each day aimed at the club golfer. ‘It should be relatively easy for everyone to get down to single figures but I think 75 per cent of golfers are an 18 handicap or worse,’ he said. ‘I’d like to do something about that.

‘I’ve got lots of experience from watching players in pro-ams. At Stackstown, my home course, I have to stop practising when our lady members go by, which is great for a chat. The problem for them, though, is they then know that I’m watching, and they don’t seem to hit it very well as a result. But they’ve given me plenty of stuff for my videos. I know lots of people are watching, and I hope the videos are helping.’

It is not how he thought he would be preparing in his last months before the Ryder Cup, that is for sure. Ask him whether the coronavirus pandemic has taken away some of the gloss, however, and you get a characteristically erudite, worldly response.

‘I think I might end up believing the exact opposite,’ he said. ‘What’s happening now might put this year’s Ryder Cup in perspective and place it exactly where it needs to be. Yes, it’s a great event and we play as hard as we can to win. But, as exciting as it is and as much as we all love it passionately, it is a match at the end of the day and the problems we’re dealing with right now might help all the fans to remember that.’