Europe team captain Padraig Harrington and his defending champions have gathered at Heathrow Airport before jetting off to the United States for this week’s Ryder Cup.

Harrington posed for pictures with the trophy alongside members of his squad such as Tommy Fleetwood, Bernd Wiesberger, Tyrell Hatton and Lee Westwood.

The four were automatic qualifiers for Harrington’s side, along with Rory McIlroy, Jon Rahm, Paul Casey, Matt Fitzpatrick and Victor Hovland. 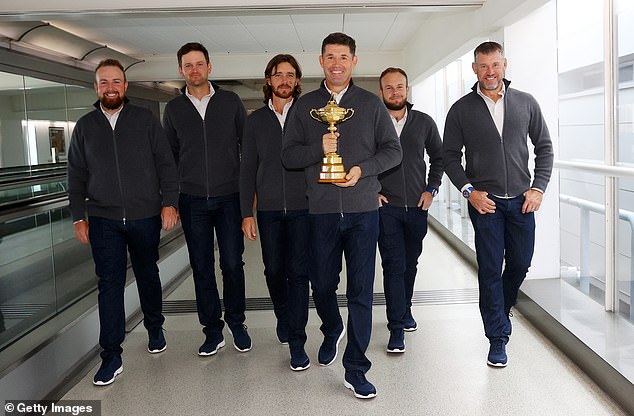 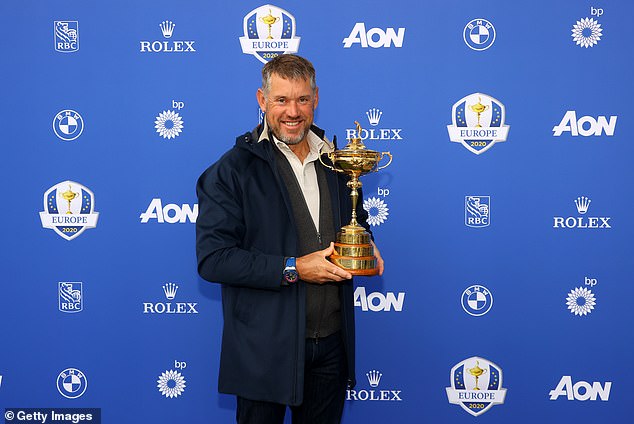 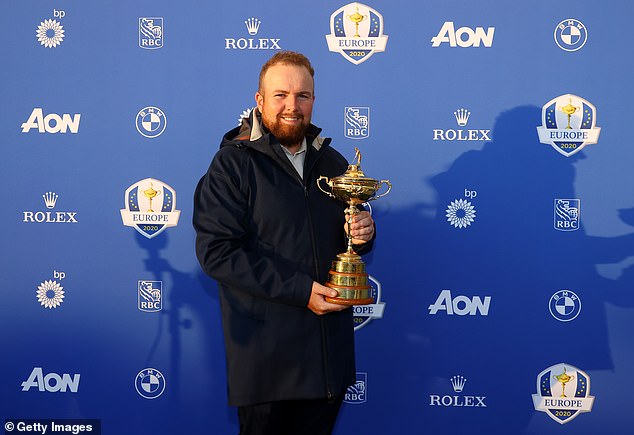 Lowry, a captain’s pick, is part of the 12-man Europe side looking to defend the title

Harrington’s three captain’s picks were Ireland’s Shane Lowry – the 2019 Open champion – and Ian Poulter and Sergio Garcia for the tournament which has an added layer of anticipation after it was postponed last year due to the Covid-19 pandemic.

Europe head to Whistling Straits – previously the venue of the 2015 US Open – looking to defend their title after winning the 2018 event in France by 17.5 points to 10.5 and Harrington has cut a bullish figure as he plots the defence of the trophy.

‘There are very few things that can affect my golfing legacy,’ he told The Guardian. ‘If I win another tournament, it doesn’t make much difference. It’s even questionable whether winning another major would.

‘The Ryder Cup impacts my legacy. My ego is attached to my golf and there is no question the Ryder Cup will have an effect on that.

‘Being a losing captain could definitely have an effect on who I feel I am. That’s something that would have to be dealt with.’

Harrington leads his team against a United States side that is looking to quell fears that a feud between Brooks Koepka and Bryson DeChambeau could overshadow their bid to reclaim the trophy. 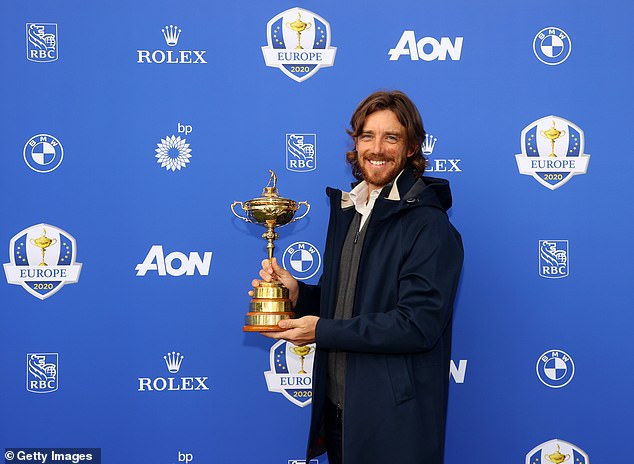 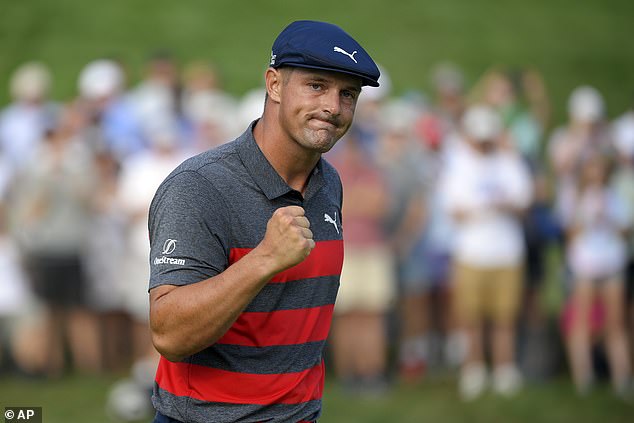 In the US, the talk is about the row between Bryson DeChambeau (above) and Brooks Koepka 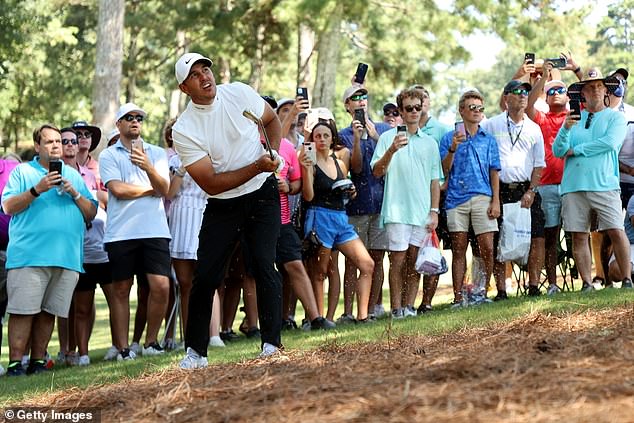 US captain Steve Stricker has had to broker peace talks between the two, while Dechambeau’s coach Patrick Schy has insisted that his player has no desire to aggravate issues in the team.

‘Bryson wants it over,’ Schy told The Times. ‘Move on. The bottom line is two big egos.

‘He loves team play. At times, when he’s struggling, it can look a little selfish, but the reality is he is doing his best to contribute.’