Golf: Who's won the most Masters titles?

Hideki Matsuyama has made history at Augusta by becoming the first male japanese golfer to win a major championship at The 2021 Masters. Isao Aoki, Masashi “Jumbo” Ozaki and Shingo Katayama have come close in the past but they ultimately fell at the final hurdle.

Matsuyama has arguably been Japan’s greatest export on the PGA Tour having recorded seven career major top-10s in the past as well as reaching as high as No 2 in the world rankings.

He didn’t come into The Masters this week in the best of form though having missed the cut at both The Genesis Invitational and most importantly The Players Championship.

The event at TPC Sawgrass has typically been a strong indicator on how the top of the leaderboard at The Masters will look with the likes of Justin Thomas, Brian Harman and Corey Conners among those being tipped for good runs at Augusta.

But Matsuyama has history at Augusta National having won the Silver Cup as the lowest-scoring amateur on his debut in the event back in 2011. 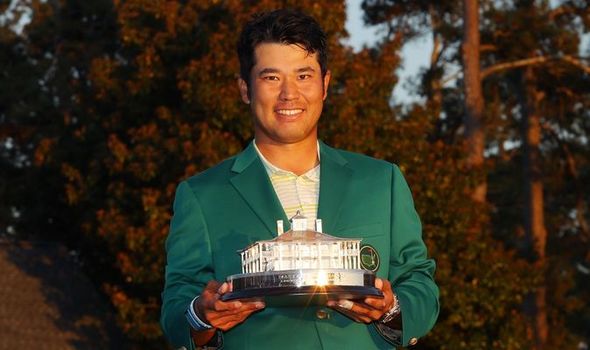 And while Justin Rose stole the headlines after the opening round earlier this week, Matsuyama put himself in contention with a more than respectable three-under par.

Friday saw plenty of movement up and down the leaderboard but Rose stayed in front while Matsuyama was still in touching distance.

Every Masters champion though has their time to shine and Matsuyama’s came on an eventful Saturday.

The 29-year-old wasn’t marching up the leaderboard until the 11th hole when course officials blew the horn to suspend play due to dangerous weather warning.

That 75 minute break proved to be exactly what Matsuyama needed though as he returned to the course a new man.

He played the final eight holes in six-under par, turning in the first bogey-free round of anyone in the tournament to put him on 11-under for the tournament.

Matsuyama entered the final round four shots clear but the job was certainly not done by any means.

Charl Schwartzel proved in 2011 that four shots was more than attainable to claw back on Sunday at The Masters while Fuzzy Zoeller, Nick Faldo and Gary Player have come back from even bigger deficits to pull on the green jacket.

And there were clearly some nerves on the first tee for Matsuyama as he registered a bogey to start the day.

In typical championship-pedigree though, Matsuyama bounced straight back with a birdie at the second before closing out the front nine with back-to-back birdies. 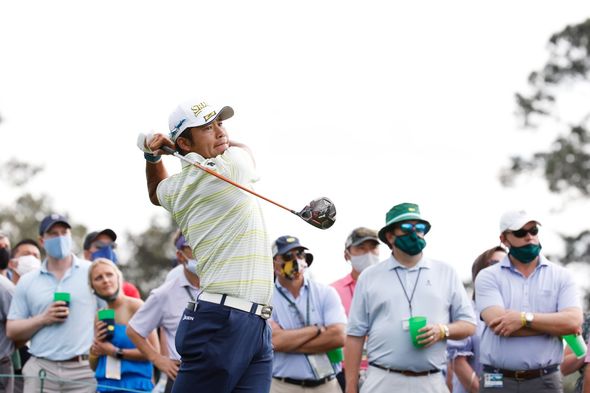 Those two important putts on the eighth and ninth appeared to suck the life out of the competition with the likes of Xander Shauffele, Will Zalatoris and Marc Leishman struggling to put the pressure on.

It was Matsuyama’s to lose at that point and he came close to doing just that on the 15th par-five.

He’d been lucky on hole 13 with a couple of wayward shots but was punished with another strange choice with his second on the 15th as he sent it over the back of the green an into the water.

It was a carbon-copy of what Adam Scott did on Saturday when the Australian golfer carded an eight on the 15th.

Matsuyama avoided a similar outcome, taking his medicine and walking away with a bogey. 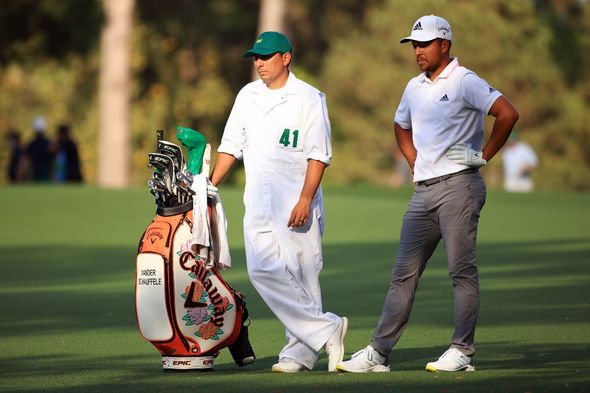 But Schauffele’s fourth consecutive birdie saw him move within two of the lead with three holes remaining.

The American had the honours on the par-three 16th but there were gasps in the small group of patrons as he sent his tee shot in the water.

Matsuyama walked away with a bogey, but Schauffele’s chances soon fell away as he carded a triple-bogey.

The Japanese golf star must have breathed a huge sigh of relief when his drive on 17 went straight down the middle before comfortably sending his second shot within 10 feet of the hole.