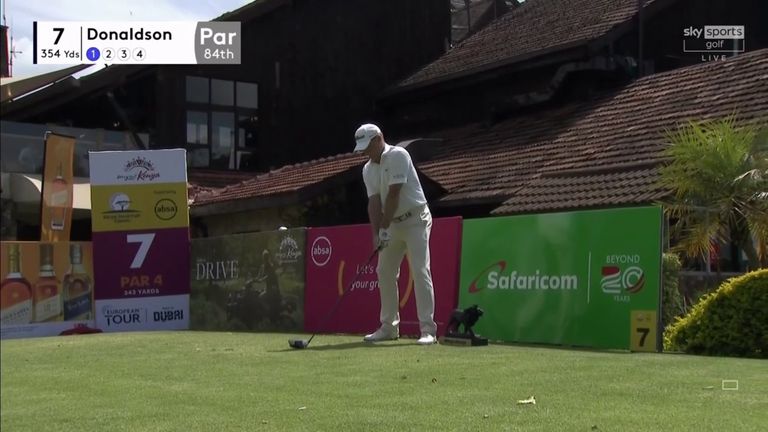 Jamie Donaldson hit one of the most bizarre shots ever seen on the European Tour as one of his drives ended up behind him at the Kenya Savannah Classic.

Donaldson was hoping to build on his first birdie of the day at the sixth, but he pulled his drive off the seventh tee towards the trees and the microphones picked up the resounding thud of his ball hitting a trunk.

The Welshman’s eyes then told us the result as he followed his ball back over his head, but he at least saw the funny side of having to play his second shot from the side of the sixth green – around 30 yards behind where he had started the seventh.

He almost managed to escape with a bogey-five but lipped out from three feet, and although his response was impressive, with four birdies in five holes lifting him to two under par, he then bogeyed three in a row and returned a one-over 72 which left him eight shots off the lead.

Seven different nationalities were represented in the top 10 after the first round, with Dutchman Joost Luiten, Spaniard Alejandro Canizares, France’s Clement Sordet and last week’s Kenya Open champion Justin Harding all tied for the lead on seven under par. 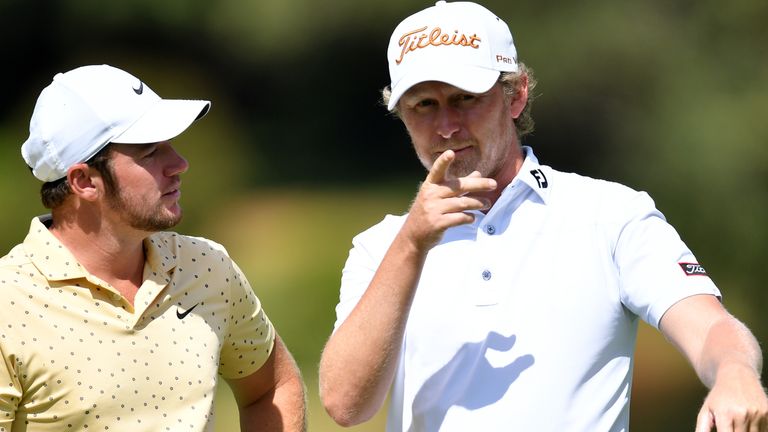 English pair Marcus Armitage and Ross McGowan are both one behind after opening with 65s, although Armitage cost himself a share of the lead after finishing – and starting – his round with bookend bogeys.

Scottish veteran David Drysdale is also on six under having alerted the “59 watch” brigade with a stunning first nine holes, making seven birdies in a back-nine 29 before a double-bogey six at the third took the wind out of his sails.

The Northern Ireland pairing of Jonathan Caldwell and Cormac Sharvin also joined the logjam in a tie for fifth, with Sam Horsfield – twice a winner in last year’s UK Swing – among 14 players on five under par.