Justin Thomas’ stunning wedge shot from ON the green

Justin Thomas has issued an apology after muttering a homophobic slur during the third round of the Sentry Tournament of Champions in Hawaii. The World No 3 made the comment after missing a five-foot putt on the fourth hole on Saturday.

Thomas is the defending champion at the $6.7million tournament.

His offensive comment was picked up by TV microphones and the 27-year-old was left embarrassed by the incident when speaking to the media after his round.

“I’m a grown man; there’s absolutely no reason for me to say anything like that. 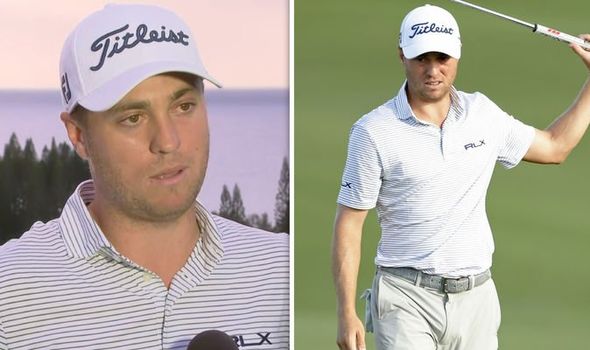 “It’s terrible. I’m extremely embarrassed. It’s not who I am; it’s not the kind of person that I am or anything that I do.

“Unfortunately, I did it, and I have to own up to it, and I’m very apologetic.”

The American insists he needs to learn from his mistake and reiterated his apology.

“It’s bad. There’s no other way to put it,” he continued. 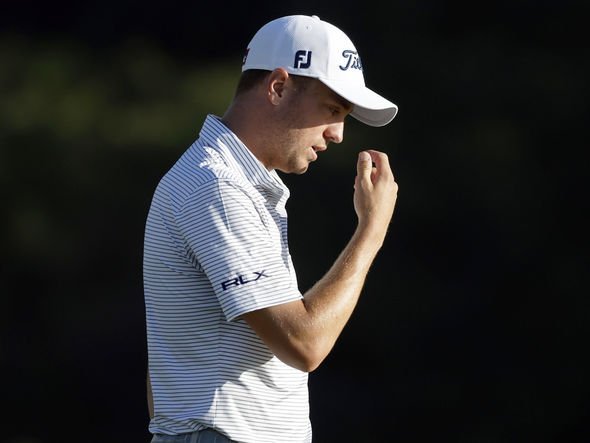 “I need to do better; I need to be better. It’s definitely a learning experience. I just … I deeply apologize to everybody and anybody who I offended, and I’ll be better because of it.”

A statement from the PGA Tour confirmed that Thomas will be punished for the comment.

The statement read: “As he expressed after his round, we agree that Justin’s comment was unacceptable.

“He is likely to be fined for conduct unbecoming a professional, though the PGA Tour does not disclose conduct punishment.”

Thomas finished his round on 17 under, four strokes behind leaders Ryan Palmer and Harris English heading into Sunday’s final round.

Speaking earlier this week, the 2017 USA PGA champion described 2020 as his “most consistent” year but still wants further improvements.

Thomas said: “It was my most consistent year I’ve had, but it definitely wasn’t as many wins as I feel like I could have and should have had, especially in some big events,” he said.

“I feel like I didn’t play well over the weekend or on Sundays and that’s something that I feel like I’ve been able to assess and figure out a little bit what it was, and hopefully when I get in those situations going forward I’ll handle them a lot better.”