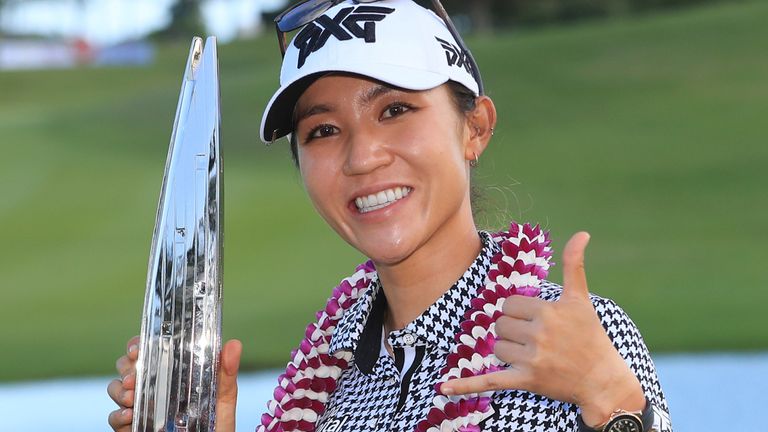 Lydia Ko ended her three-year winless run on the LPGA Tour by cruising to a seven-shot victory at the Lotte Championship in Hawaii.

The former world No 1 carded a bogey-free 65 on the final day at Kapolei Golf Club, posting seven birdies to pull clear of the chasing back and earn a first win since the 2018 LPGA Mediheal Championship.

Ko picked up a shot at the par-four third and ended a run of pars over her front nine with four consecutive birdies from the 12th, with further gains at the 15th and 17th completing her 16th LPGA Tour title and first in 1,084 days.

“When you’re in that position [to win] and it doesn’t happen, you do doubt,” Ko told Golf Channel. “If I said, no, I didn’t doubt myself at all, that would be a lie. “Hand on my heart, there were times when I wondered, ‘Hey, I don’t know if I’m ever going to be back in the winner’s circle.’ To be back in this kind of position is obviously super cool.

“You know, with Jordan Spieth and Hideki Matsuyama winning the last couple weeks…and I know it’s been a while since they won, that kind of gave me a little bit of hope that maybe I could follow that trend.”

Former world No 1 Inbee Park and Ireland’s Leona Maguire shared second on 21 under with Sei Young Kim and Nelly Korda, while Georgia Hall ended the week on 17 under and in tied-12th.