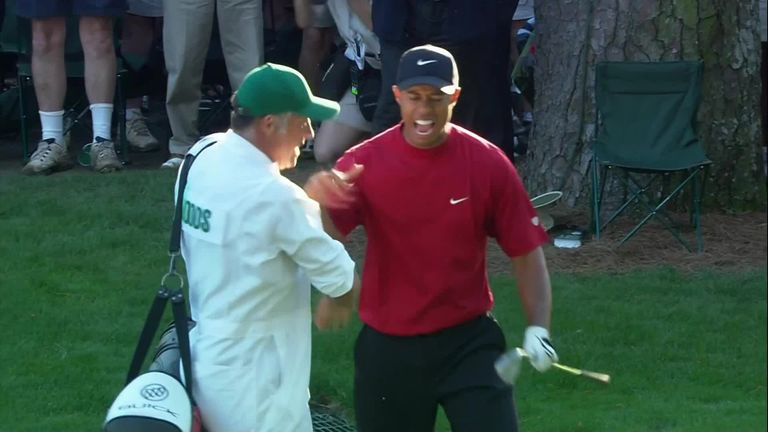 Tiger Woods will have the opportunity to claim a record-equalling sixth victory at Augusta National, 15 years on from delivering one of the most iconic shots in Masters history.

The former world No 1 secured his fourth Green Jacket and ninth major title during the 2005 contest, where his victory over Chris DiMarco will always be remembered for a remarkable moment at the par-three 16th.

Woods had taken a three-shot lead into the final round but saw his advantage reduced to a single stroke when DiMarco posted back-to-back birdies from 14th, with further drama to come at the next hole. 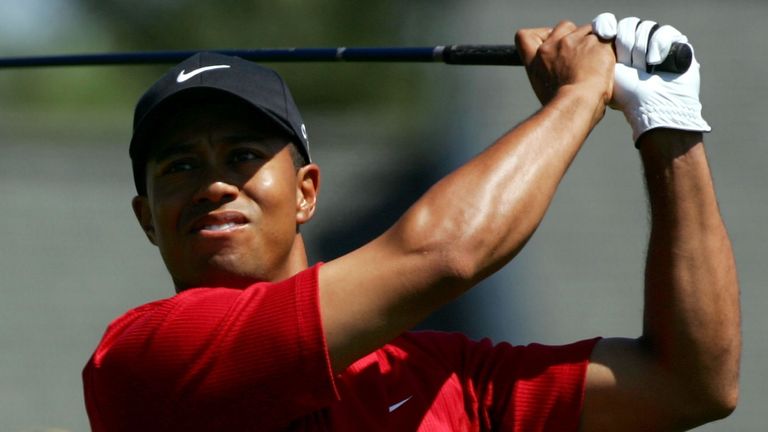 An over-hit tee-shot put Woods long and in the rough at the back of the 16th green, leaving him some 50-feet from the pin and facing a seemingly tricky up-and-down to stay at 13 under.

Woods had other ideas, as he picked the perfect spot on the green – some 20 feet to the left of the hole – and watched his pitch feed down the slope towards the flag.

The ball appeared to be stopping agonisingly short of the target as it almost came to rest on the lip, only to drop in for a miraculous birdie-two and secure one of the most famous chip-ins in major history.

Further drama was to follow over the closing two holes as Woods made a bogey-bogey finish to fall back alongside DiMarco and force a play-off, only for Woods to secure victory with a birdie at the first extra hole. 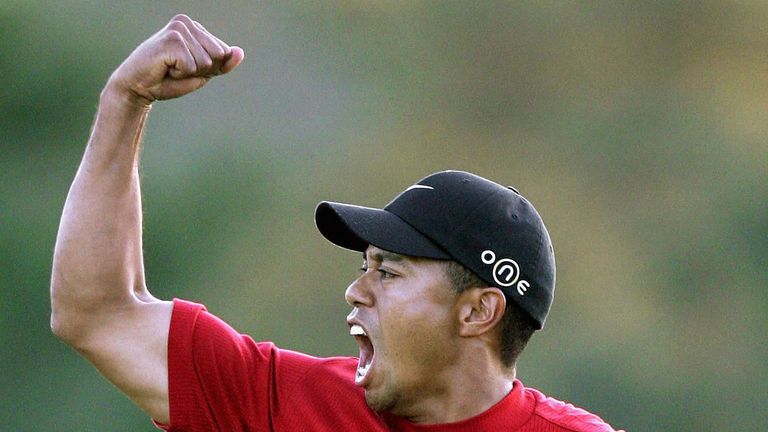 Click on the video above to look back at Woods’ famous Masters chip-in!