Glory for Rory? Seven majors in a year gives McIlroy hope of ending drought stretching back to 2014… plus six stars to watch out for at the US PGA Championship

When you think how they’re struggling to assemble a remotely credible field for the tennis version of the US Open later this month, a remarkable line-up has gathered by the bay in San Francisco for the US PGA Championship.

Every member of the world’s top 35 is in attendance, and only Lee Westwood and Francesco Molinari are missing from the top 50. Whatever happens over the next four days at Harding Park, the name of the winner will never be followed in the record books by an asterisk.

We’ve lived with enough uncertainty not to make any definite plans but, after the long 382-day wait for a major championship, the idea is for a glut of them over the next eleven months. An unprecedented seven, in fact. What a chance for a player to achieve a lifetime of dreams in less than a year. 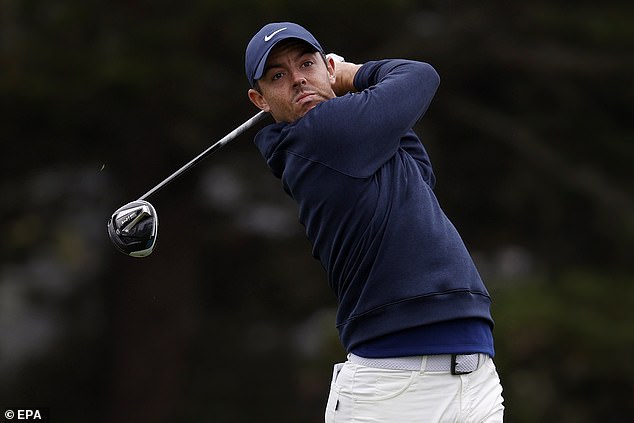 Take the defending champion, Brooks Koepka. As ever, the ambitious American is setting his goals high, and wants to progress from his current total of four to a double-digit number before he’s done. Imagine the inroads he could make if he plays during the next year as he has over the last five majors with his stunning record that reads: 1-2-1-2-4?

‘I don’t know why players try to make majors a lot more complicated than they should,’ he said, with the breezy air of a man who thinks he’s found the secret code. ‘To me, it almost feels like the most relaxing week of the year.’

There was a time when Rory McIlroy turned up feeling like that. Six years ago to the day, to be precise. He’d won the Open at Hoylake, followed it by winning a WGC in Ohio, and was a Koepka-like favourite on the eve of the PGA. He duly won that as well to round off the best 12 rounds of golf ever played in sequence by a British or Irish player. 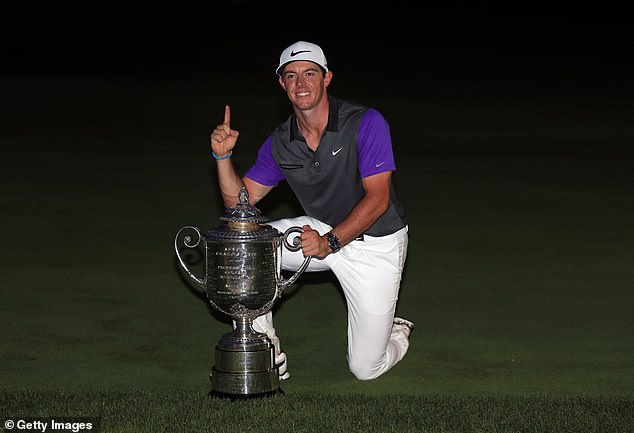 How many majors back then did we think he’d have won by now? Eight, ten, even more? You certainly wouldn’t have found anyone who would have said that six years later he’d still be stuck on four. But that’s how it often goes in majors. They’re frequently won in bunches and a player spends the rest of his career wondering where the wizardry went.

That is why this frantic period coming up represents a heaven-sent opportunity. The Northern Irishman said: ‘I can’t say the fact I haven’t won one (since his last major victory) gives me sleepless nights but of course it bothers me. My career means a lot to me. The important thing is that I’ve now got plenty of opportunities coming my way.’

McIlroy’s poor form since the restart has been well documented, with no top tens in five starts, his poorest run for three years. ‘I’ve had some 63s, so the good stuff is in there,’ he pointed out. ‘I’ve just got to make sure I’m more efficient in my scoring and turn the 73s into rounds of 70 that make all the difference.’ 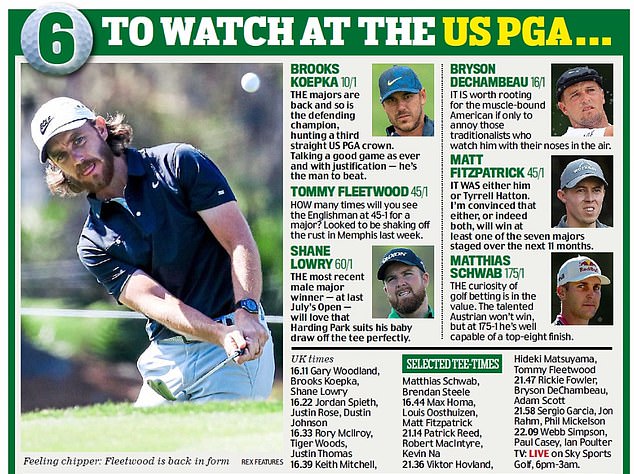 Koepka is bidding to become the first to win the PGA three years in a row since it became a strokeplay event in 1958.

Or maybe the history boy will hail from this side of the Atlantic, with half a dozen realistic candidates trying to become the first Englishman for over 100 years to win this title.

Even from 6,000 miles away you can sense the magic of the majors casting its spell. ‘We’ve still got no fans but you just know pulling into the car park that this week is different,’ said Koepka. ‘We’re back playing big boys’ golf.’

What a thrill ride these next 11 months might prove for all of us in general, and for one or two players in particular.