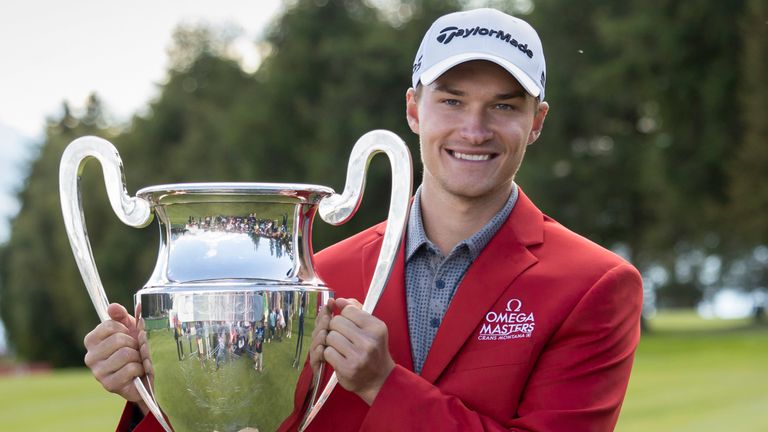 Wiesberger was in position to force his way into the automatic qualifying places for Europe’s Ryder Cup team as he held a one-shot lead on the 72nd tee, with Hojgaard in the Crans-sur-Sierre clubhouse on 13 under having earlier played the final six holes in five under in a scintillating 63.

The pressure on the Austrian ramped up a notch when he blocked his tee shot into a fairway bunker, and worse was to follow with his second when he made poor contact in the sand and watched in horror as his ball careered into the water.

Wiesberger still had the chance to get up and down to force a playoff after taking a penalty drop, but his nervous pitch left him over 30 feet for bogey and his long putt failed to find the target, leaving Hojgaard to celebrate an unlikely victory – his third on the European Tour coming a day short of a year since his second. 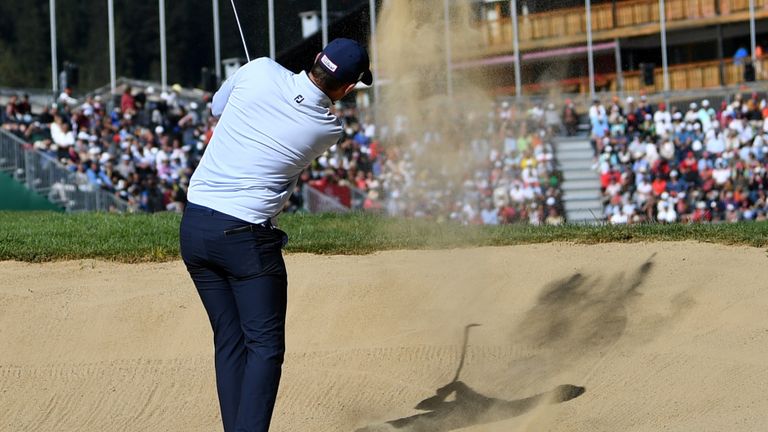 The young Dane appeared too far behind to get into contention after just two birdies and 10 pars over the first 12 holes, but he vaulted into the running with birdies at 13 and 15 either side of a superb eagle at the long 14th.

Hojgaard backed up a bold approach to seven feet beyond the pin at the last with a perfectly-judged putt which capped a sensational burst of scoring down the stretch and swept him into the clubhouse lead, with Wiesberger providing the only real threat as the final pairing of Matthew Jordan, Sean Crocker and Renato Paratore leaving themselves too far behind to challenge.

Wiesberger rolled in his fifth birdie putt of the day at the 12th and matched Hojgaard’s eagle at the 14th only to give one back with a scrappy six at the next, although the Austrian bounced back with a birdie at 16 to restore his two-shot lead at the time. 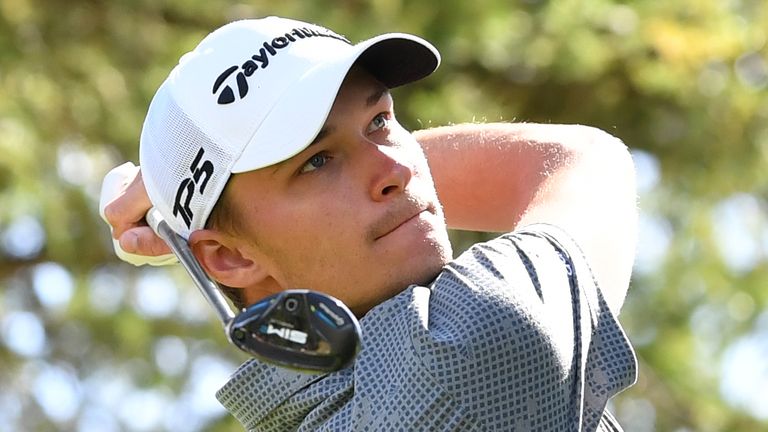 Hojgaard’s closing three reduced that deficit to one, and the pressure told on Wiesberger at the last as he threw away the chance of his ninth European Tour title and a place in the top nine qualifiers for Padraig Harrington’s Ryder Cup team.

“At the moment it’s a bit surreal. I didn’t expect to be in this position but it’s amazing. I knew I had to make a birdie (at the 18th) to have a chance to maybe get in the play-off, so we were just trying to set up a chance.

“I made a birdie and then we had a bit of a strange ending. It was crazy. That’s by far the most nervous I’ve been the whole day. But it’s so nice to have the crowds back to cheer you on. That was a great moment.” 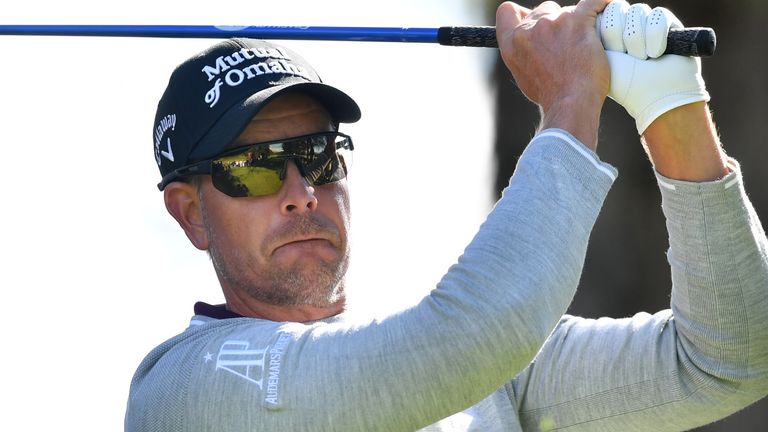 With only two events remaining before Team Europe is finalised following the BMW PGA Championship at Wentworth, Wiesberger may now have to rely on a captain’s pick if he is to make his debut in the contest at Whistling Straits next month.

Harrington has hinted that Ian Poulter and Sergio Garcia are the favourites for two of his three wildcard selections, and Henrik Stenson stated a case to be the third as he also fired a 63 on the final day in the Swiss Alps.

The veteran Swede birdied five of the first six holes, although he picked up only two more as he closed on 11 under to finish in outright third place ahead of Jordan (69), Crocker (70) and England’s Ross McGowan, who got to 14 under after turning in 31 before frittering away three shots on the back nine.