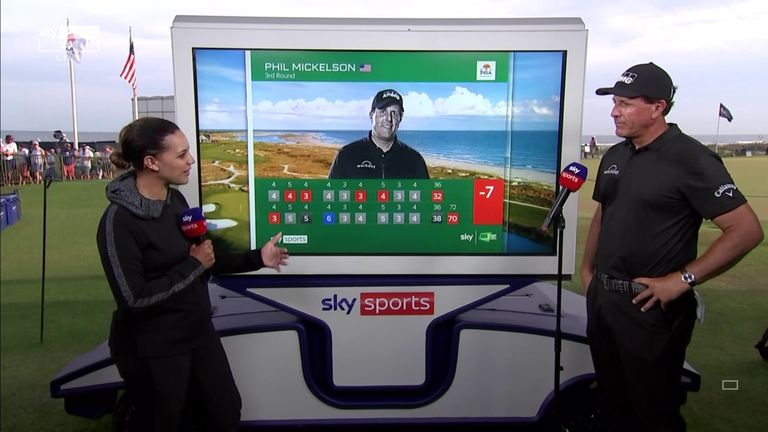 Phil Mickelson is intent on regaining, and keeping, his sharpness and focus as he looks ahead to challenging for a historic PGA Championship victory on the final day.

Mickelson kept alive his bid to become the oldest major champion in history despite a difficult back-nine in his third round, which he ended with a one-shot lead over two-time winner Brooks Koepka.

The left-hander, who turns 51 next month, delighted his legion of followers with a sensational performance on the outward half, making four birdies and adding another at the 10th in a vintage display that swept him five shots clear of the chasing pack. But having played 18 holes in 10 under par, a poor drive at the 12th led to a bogey and worse was to follow on the next tee, when he hooked a wild two-wood into water and was forced to hit his third from the tee box.

He was unable to avoid a double-bogey six which trimmed his advantage to one, but he did well to overcome further erratic strikes down the stretch to grind out five closing pars – his two-under 70 enough to have the edge over Koepka entering the final round.

“I felt I had a very clear picture on every shot, and I’ve been swinging the club well, and I was executing. I just need to keep that picture a few more times,” said the 2005 PGA champion. 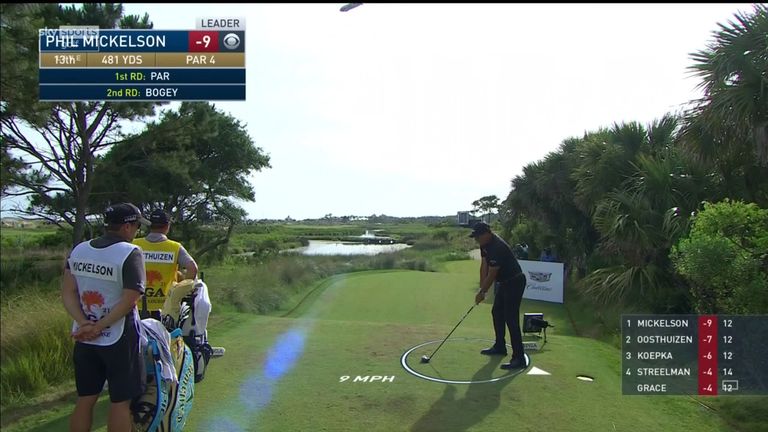 “So even though it slipped a little bit today and I didn’t stay as focused and as sharp on a few swings, it’s significantly better than it’s been for a long time. So I’m making a lot of progress, and I’ll continue to work on that and hopefully I’ll be able to eliminate a couple of those loose swings tomorrow.

“I’m playing a lot better than the score is showing and I think if I can just stay sharp tomorrow, I’ll post a score that better reflects how I’m actually playing.

“I’m focused on a few things that I need to work on before tomorrow’s round, and I’m not really dwelling back on what took place today. I just know I’m having a lot of fun and I’m very appreciative of the way the people have been supportive.” 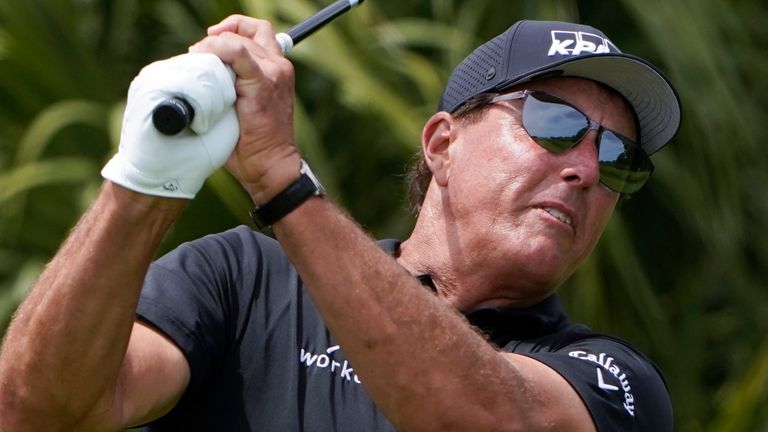 Mickelson is clearly relishing being centre-stage and at the top of the leaderboard in a major championship with the returning spectators creating an atmosphere befitting the stature of the tournament, but he is aware of the need to stay grounded and “in the moment”, with the help of his brother – and caddie – Tim.

“I feel and believe that I’m playing really well and I have an opportunity to contend for a major championship on Sunday, and I’m having so much fun that it’s easier to stay in the present and not get ahead of myself,” he added.

“Certainly my brother has played a big part in kind of keeping me present and in the moment and not letting a couple of bad swings affect me here or there, and so I think we’re having so much fun that it’s easy to stay present.”