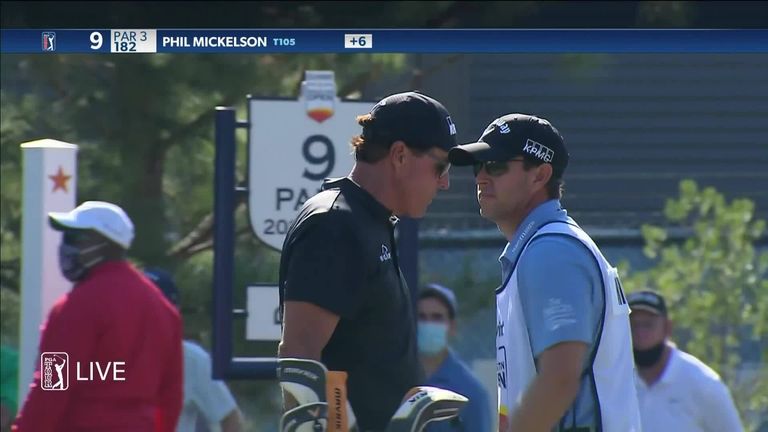 Phil Mickelson created his own piece of unwanted PGA Tour history on his way to making an early exit from the Vivint Houston Open.

The five-time major champion elected to tee it up at Memorial Park rather than compete at the PGA Tour Champions’ Charles Schwab Championship, only to miss the cut after rounds of 76 and 73.

Mickelson, looking to take his form from the over-50s circuit onto the PGA Tour ahead of The Masters next week, started his second round with six straight pars before cancelling out a bogey at the seventh with a two-putt birdie at the par-five next. 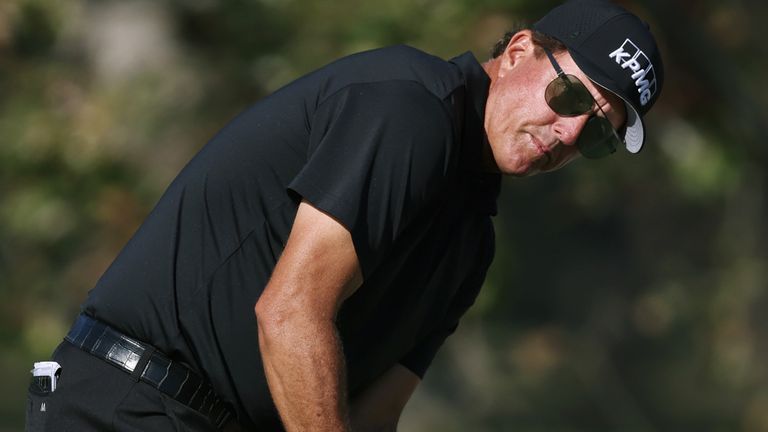 The 50-year-old’s hopes of progressing through to the weekend were ended at the par-three ninth, where Mickelson’s tee shot failed to reach the green and finished in the water.

Mickelson’s wedge from the drop zone also ended up in the hazard and his next attempt – his fifth shot – just about stayed on dry land, with the veteran then knocking his pitch to 10 feet and two-putting for a quintuple-bogey.

It’s the first time in his lengthy PGA Tour career he has registered an eight on a par-three, breaking his previous record of seven, although signed off his eventful day in impressive fashion with a hole-out eagle on his final hole.

Click on the video above to see Mickelson’s quintuple-bogey!