Home » Golf » Phil Mickleson net worth: How much has he earned on PGA Tour compared to Tiger Woods?

Collin Morikawa on winning the US PGA Championship

Phil Mickleson has rolled back the years at the PGA Championship this weekend and could become the oldest major champion in PGA Tour history should he top the leaderboard at the end of the day. The American golfing icon already has one of the most envious careers in PGA Tour history having won five majors.

He may well have had more was it not for Tiger Woods, who struck up a strong rivalry with his compatriot.

Only Jack Nicklaus has finished runners-up more often than Mickelson in his career.

Mickleson has just missed out on a major championship on 11 occasions previously with his last coming at the 2016 British Open Championship.

Since then, he’s been unable to break into the top 10 at any major but it’s been all change this week. 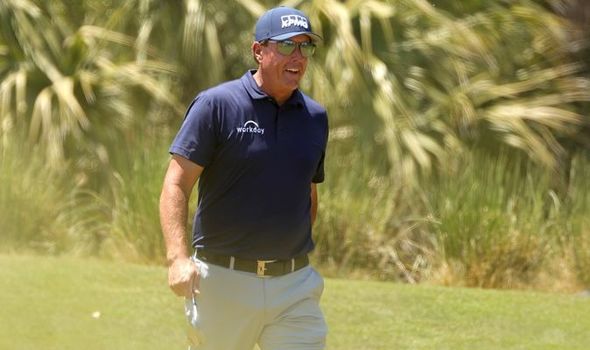 The 50-year-old opened up with a solid two-under par in the first round and improved on Friday to take the overnight lead.

It looked as though he was going to runaway with it on Saturday as well after making five birdies in the opening 10 holes.

A bogey and double bogey on holes 12 and 13 dropped him back into chasing pack, but he still held on top of the leaderboard heading into Sunday.

And the former world No 2 was keeping his cool in the opening holes despite strong competition from the likes of Brooks Koepka and Louis Oosthuizen.

And while becoming the oldest major champion in history may well be on Mickelson’s mind, the huge purse available to the winner could also be a factor.

The winner gets a check for $2.16million – the second biggest payout at a major tournament behind the US Open.

Even if he was to drop down the leaderboard, Mickleson would still add a hefty figure to his career earnings with players finishing 26th or higher taking home six figures.

Not that Mickleson is short of money from his 40 years on the PGA Tour. 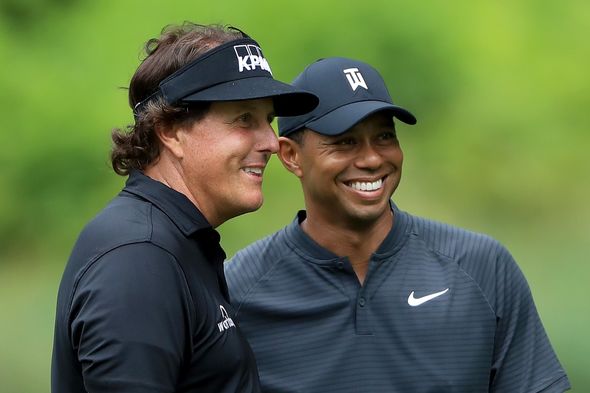 Only Tiger Woods sits ahead of Mickleson on the rich list having earned an incredible $120,851,706.

But earnings from the PGA Tour barely make up a quarter of Mickleson’s entire net worth, according to Celebrity Net Worth.

The Hall of Famer is said to be worth a huge $400m, which almost puts him on par with tennis icon Roger Federer.