Robert MacIntyre has a fine sense of timing. After being drawn in a group with one of Padraig Harrington’s Ryder Cup vice-captains, the Scot has spent two rounds of the Dubai Desert Classic adding layers to his claim for inclusion.

By following his opening 67 with a bogey-free 68 on Friday, the 24-year-old has inserted himself into second on the leaderboard on nine under par, one shy of Belgium’s Thomas Detry and ahead of a cluster of contending Englishmen, led by Tommy Fleetwood, Lee Westwood and Paul Casey.

While MacIntyre still feels like an outside bet for the European team that faces the Americans this autumn, all noises have suggested the leadership like him, not least Harrington’s deputy, Robert Karlsson, who met him in a lift on Wednesday and parted with the message: ‘We are keeping an eye on you.’ 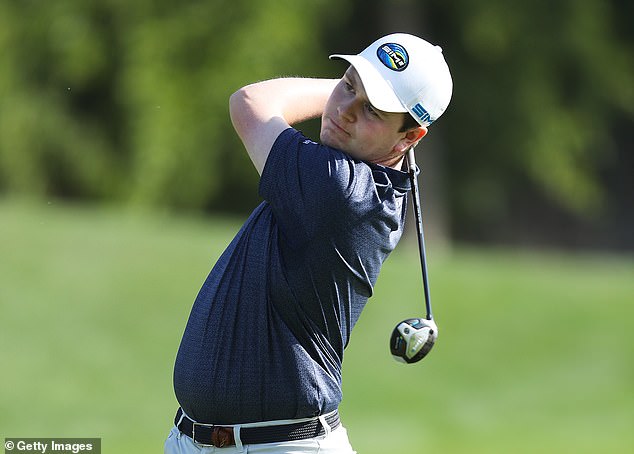 After playing together through two rounds, Karlsson will have enjoyed what he saw, with MacIntyre riding a hot putter to birdie the first, seventh, 12th and 18th holes of his second loop.

‘It wasn’t as pretty as yesterday’s round, if I’m being honest,’ MacIntyre said. ‘You can’t have a tournament where you hit it absolutely perfectly every time but I hung in there.’

Fleetwood eagled the 18th to go eight under after two rounds of 68, and the veteran forces of Westwood and Casey are a stroke further back. 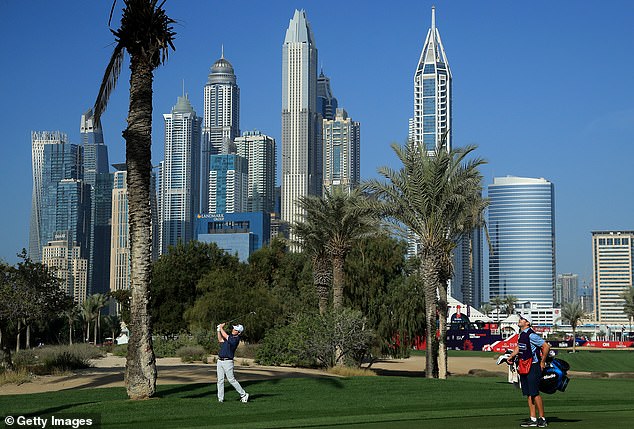 The round of the day belonged to Tyrrell Hatton, the winner in Abu Dhabi last week who responded to an opening 76 with a magnificent 64.

He sits four under overall.

Hatton said: ‘Looking back I’m pretty happy with that round of golf to be honest. Going out today the goal was to try to make the cut after yesterday’s disappointing start. So I’m really happy that I’m going to be here for the weekend. Hoping that I can push on now and see where we go.’