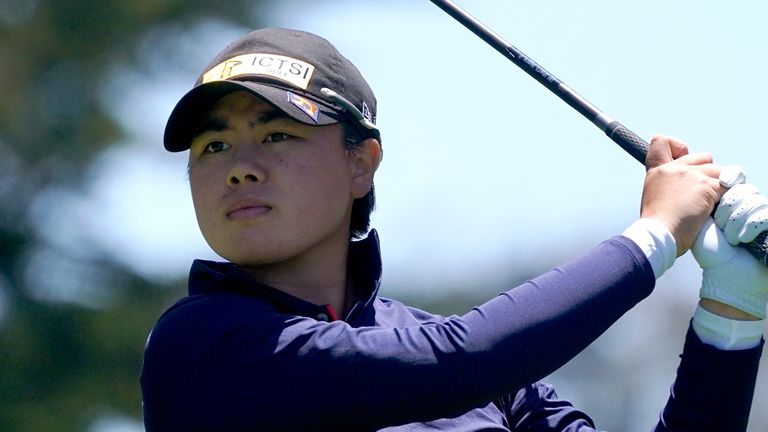 Rory McIlroy congratulated Yuka Saso on her historic US Women’s Open victory and believes golf fans will now be watching her swing on YouTube instead of his.

Saso has made no secret of her admiration for McIlroy and has attempted to model her golf swing on the four-time major champion, and the comparisons have been clear to see at The Olympic Club over the last week.

A birdie at the third playoff hole against Nasa Hataoka landed a maiden major triumph for Saso, making her the first golfer from the Philippines to win a major while she also shares the honour of being the youngest winner of the tournament with Inbee Park.

"Rory mentioned me on Instagram and said, 'Get that trophy.'

So thank you, Rory." pic.twitter.com/G3pqLCSxle

The 19-year-old admitted on Friday that she often watches footage of McIlroy for around an hour before going to sleep, and that she hopes to meet him in person at The Olympic Games later this year.

“There’s some similarities,” said McIlroy following his third round at The Memorial. “The way she sort of turns off the ball, like the way our heads both go at impact. There is some stuff there.

“So it’s flattering, obviously, and it’s really cool that someone that’s used me as a model is leading the US Open. And I’m really into it.”

McIlroy urged Saso to “get that trophy” in a post on Instagram on Saturday, which had not gone unnoticed by the champion, and he was quick to publish a note of congratulation on his Twitter account shortly after she received her trophy.