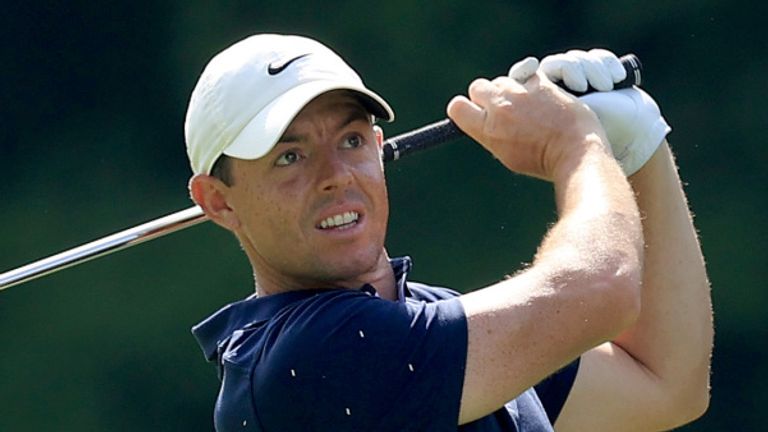 Rory McIlroy reflected on “the good, the mediocre and the pretty poor” in his erratic second-round 72 that left him seven shots off the halfway lead at The Memorial Tournament.

McIlroy’s round was highlighted by an eagle at the fifth – his 14th – where he laced a stunning 270-yard fairway-wood to eight feet, but he also carded four bogeys and a double-bogey at the 11th in an inconsistent display reminiscent of his three previous post-shutdown starts. 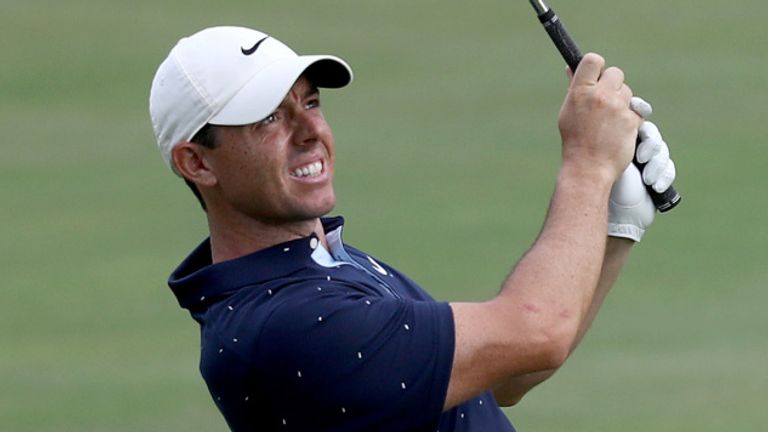 Having been pleased with an opening 70 despite being short of his best, McIlroy was out of sorts from the start of his second round, dropping a shot at the 10th before tugging his drive at the 11th into water, an error he compounded by a fluffed chip as he ran up a horrible seven.

But he regrouped and holed a good putt for birdie at the 14th which he backed up with another at the next, but he misjudged a wedge approach from the fairway at 17 and came up short and in the bunker, which led to a bogey-five.

McIlroy offset a birdie at three with a bogey at the fourth, but he got back on track with his contender for shot of the day which set up his eagle at the next, and he converted from 10 feet for birdie on the sixth to get to three under par for the tournament.

However, he three-putted the final green from 35 feet to slip back to where he started the day, and he insisted that 72 was a “reasonable” score for a round which was blighted by mistakes from the world No 1, whose position on top of the world rankings is under threat from four players this week.

“I don’t know what it was,” he said when asked to describe his round. “It was a few birdies and an eagle thrown in there and a few mistakes. There’s some good in there, obviously, some mediocre, and there was some pretty poor shots.

“But I battled back well. I was three over through two holes, got off to a terrible start, but I battled back and hung in there and ended up shooting a reasonable score. It would have been nice to finish a couple better if I had have taken advantage of that par-five at the end. 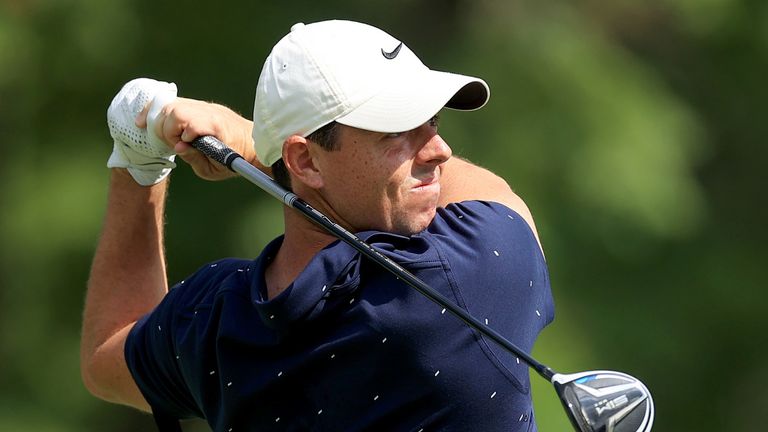 “That’s all I was thinking of, there were plenty of holes left. Obviously there’s three par-fives, a few chances, and if you hit it in the fairway you’re going to have a few wedges because the course is firming up a bit. I knew I had chances out there, I just needed to stay patient.”

McIlroy also hit back at the critics who suggest he is not accurate enough with his wedge game after it was pointed out that the five-wood he hit into the fifth ended closer than any of his wedge approaches on day two. “I think I could bounce that back and say I’m the No 1 player on Tour from 125 to 150 this year, so if you actually dig into the stats I’m actually hitting those shots pretty well,” he said.

“But today I just struggled a little bit and felt like I was in between yardages and trying to hit a lot of three-quarter shots and just not sure with my decels on a couple. I actually hit a couple fat, which I’ve had Harry look at my ball position, might have crept a little too far forward.