Golf: Who's won the most Masters titles?

Rory McIlroy spoke of his reboot under new coach Pete Cowen being a journey ahead of The Masters. That journey started with a wild offroading experience at Augusta in round one on Thursday.

McIlroy lost control at the wheel in an erratic opening round which included two visits to the water and a stray second shot at the seventh which added to his unwanted Masters legend by cannoning into the leg of his father Gerry.

“I think he was OK. He walked away pretty swiftly so that was alright,” said McIlroy. “I think he needs to put some ice on it. Maybe I’ll autograph a bag of frozen peas for him.”

No harm was done to his dad but terminal damage was sustained to his chances of a first Green Jacket with an opening 76 – his highest first round in 13 visits to Augusta.

It was a start that leaves the out-of-sorts Northern Irishman fighting to avoid what would be only his second missed cut at the Masters.

The Masters and McIlroy remains an unrequited love. He has six top-10 finishes at Augusta but the image of him head in hands again after drilling his approach to the 13th into Rae’s Creek said it all.

He had warned beforehand that expectations should be tempered for the season’s first major given the work he has just begun behind the scenes. He was right.

There was no margin for error with the wind blowing and the greens glassy. Unfortunately for McIlroy he made a boatload of them. 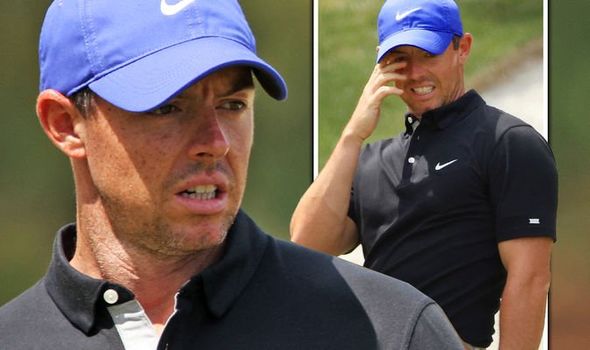 McIlroy has become a notoriously slow starter at the Majors. Since he won his last one in 2014, he stands at 32 over in the first round. He is 64 under in rounds two to four combined.

True to form on Thursday, some unexpected excursions put him in early trouble with three successive dropped shots on the front nine topped off by the dad-seeking missile from the trees at the seventh.

He had been left with his drive there but with misses right too the tee box – his happy place when he is humming – had become an unpredictable danger area.

One-way misses might have been manageable, two was a recipe for confusion and a visible drain on confidence.

McIlroy did pull a shot back at the par-five eighth after a terrific approach but a costly three-putt from 18 feet at the next sent him to the turn three over.

He was fan-bothering again off the tee at the 11th and it all went wrong again with his second shot funnelling down into the water. A bogey followed which would have been even worse but for a 30ft putt dropping. 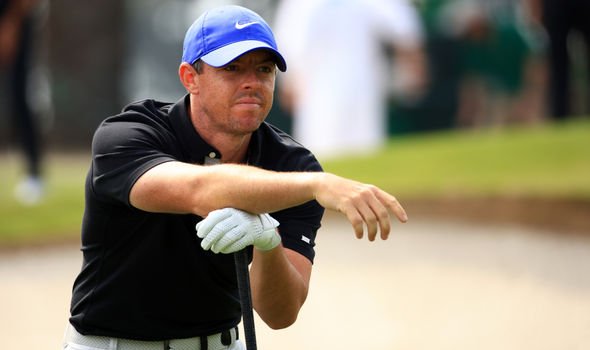 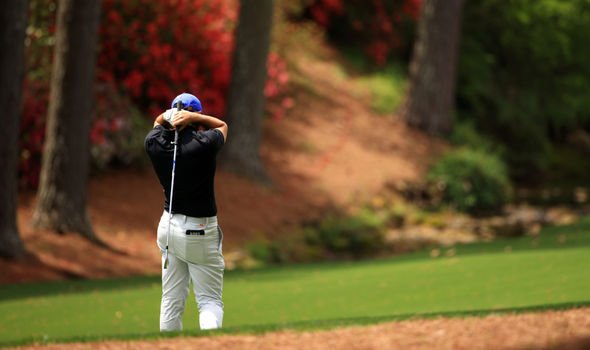 He might have hoped that may have represented a turning point but in his heart of hearts he will have known he was fighting a losing battle with himself.

The splashdown at 13 confirmed as much. It was a calamity from the fairway and McIlroy knew it from the moment he struck his second shot.

The ball was still in flight when he swished the air with his club in exasperation and as it hit the water his hands went behind his head before nuzzling his face into its grip.

It was a picture of despair almost on a par with that when he blew his best chance at the Masters a decade ago and led to a bogey.

Although he clawed a shot back at the par-five 15th, McIlroy could not rescue a round that had long since unravelled. McIlroy’s four-over-par total leaves him seven shots adrift of clubhouse leaders Hideki Matsuyama and Brian Harman.

“He is just not in control of his game at the moment. He is on a low right now,” said Europe’s former Ryder Cup captain Paul McGinley.

Henrik Stenson’s head was spinning after fighting the course – and his own game – but the Swede was proud to have come through it and put down an early marker.

The European Ryder Cup star has dropped to No 117 in the world rankings and was never in total command on Thursday but a one-over-par 73 – despite finding the water at the short 16th – was a fine start in the circumstances. 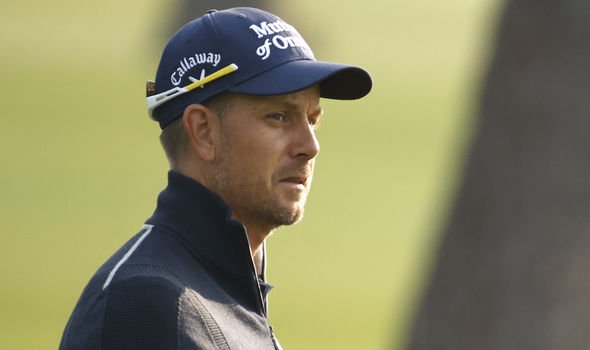 “That was hard work. I think I made 11 up and downs in total so it was a lot of scrambling out there,” said Stenson.

“I’m struggling with my game, but I put a good effort in. I was fighting hard for every shot. I guess with some experience and some magical short game skills, I managed to keep it together and probably turn a 77 into 73.

“I’ve got to give myself a big pat on the back for the fighting effort. It’s a hard golf course when you’re playing well but it’s even harder when you’re not playing well. We’ll live to fight another day.”

The double bogey three holes from home was his only frustration.

“That kind of put a shame on another decent scorecard given the circumstances and how much I had to fight,” he said.

Long day one for Long

English amateur Joe Long admitted that Augusta National put the frighteners on him after an eye-opening introduction to its unique challenge. 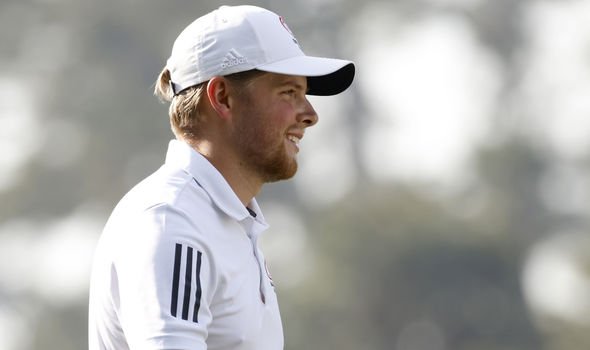 The 23-year-old Bristolian endured a painful day, shooting ten over – eight behind playing partner Bernhard Langer who is 40 years his senior.

“The nerves were there because, obviously, I cared about it, but I think it would be stupid to put expectations on it when I’ve never even played in the United States before. There’s nothing like it in Europe. The slopes out there are crazy,” said Long.

“This golf course is brutal, especially if you’ve never played it before. I didn’t really hit it my best today. I struggled to just commit to some shots and almost got a little bit scared of some outcomes out there and that’s all it was really. You can’t do that out here.

“Everyone I’ve listened to that’s been successful hasn’t done that. So it’s just one of those things. All part of learning really.”

He did at least pick up one useful tip from the ageless Langer ahead of round two. “He just hits it dead straight every time,” said Long. 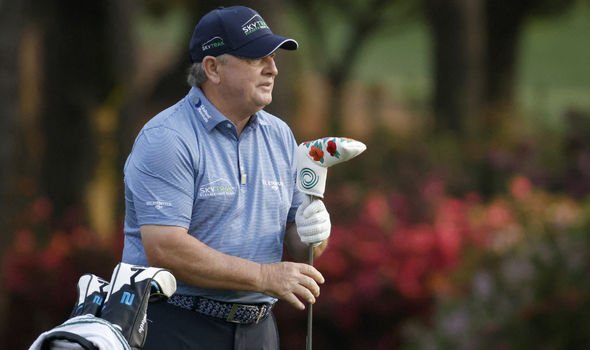 Ian Woosnam is determined to play on through the pain after limping his way round Augusta.

The veteran Welshman, who won the Masters 30 years ago, tore a groin muscle ahead of the tournament but still shot a highly creditable four over par.

“I’m playing on one leg, plus I haven’t had a scorecard in my hand for 18 months, so I was pretty damned pleased really,” said the 63-year-old.

“It was bothering me from the first shot and it just got worse. I was thinking of coming in after 11 but I was scoring quite well.

“With this being my 30th year I definitely wanted to play this year and see how I went.

“I’ll see how I feel tomorrow. It’s in a place where it’s not going to go away like that but being that I’m stupid, I’ll most probably play. I’ll get out there and if it is unplayable, I’ll just have to come in.”