Ahead of Sunday’s live Ryder Cup 2012 Watchalong, Paul McGinley describes the key moments of the final day at Medinah as Europe pulled off an astonishing come-from-behind victory in a “fitting tribute” to an inspirational figure …

The moment ‘the miracle’ was on

I first allowed myself to think “wow, this could really happen” on the 18th hole of Ian Poulter’s match against Webb Simpson.

I was following this second match out as a vice-captain to our inspirational captain, Jose Maria Olazabal. We already had three blue points on the board by the time Poulter had reached the 18th hole, protecting his 1-up lead. If Poulter could win this match the teams would be level. 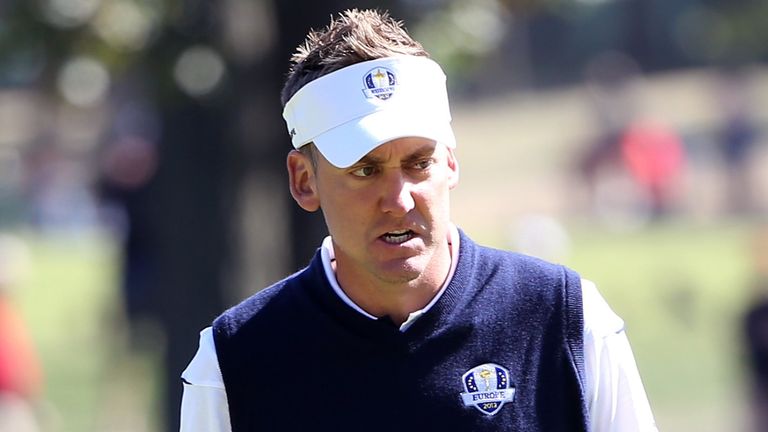 Jose Maria’s goal and message to the team at Saturday night’s meeting was very much on target – get the score to parity as quickly as possible. His thought process was that if we could achieve this parity on the scoreboard America would be the ones feeling the heat big time as a result in the remaining matches. Those players would then be carrying the heavy burden of expectation for a team that had lost a huge lead.

But Ian blocked his drive 50 yards right of the fairway, his ball pitched on top of a hospitality tent, bouncing three or four times on the roof. It’s a blind tee shot, and I was on the hill halfway down the fairway, so Ian was looking at me to give him the signal.

And then, his ball suddenly bounced hard left and headed back in the direction of the fairway, landed on the spectator path and ran 40 yards towards the green. I remember thinking the golfing Gods were on our side, this miracle could happen. I gave him the thumbs up that his ball was in play. 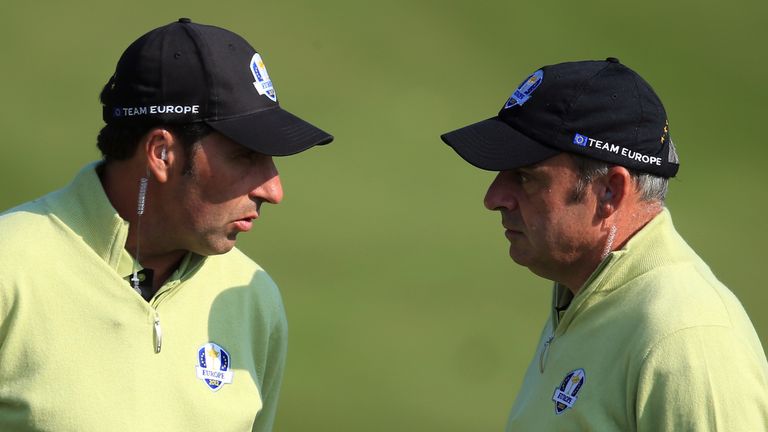 Poulter then cut a brilliant seven-iron around the trees and found the green and closed out the win which levelled the overall score at 10-10.

Kaymer rises to the challenge

Martin Kaymer had not enjoyed the best of Ryder Cups over the first two days. His form was also off entering the week. He didn’t play well in his fourball match with Justin Rose on Friday afternoon and he didn’t feature at all on Saturday.

He had spoken to his fellow countryman Bernhard Langer on the phone earlier in the week to look for inspiration and try to turn his form around. His confidence was low and he had to be carefully managed behind the scenes. 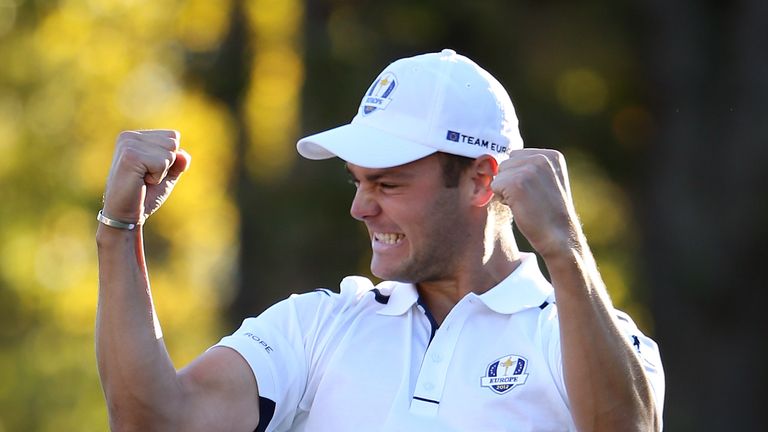 In some ways it’s more important to manage the four players not playing each session than managing the eight playing. There will be a time during the week when the team needs them and it’s important to have them mentally ready to step up when called upon.

We had to get him in a positive mindset for Sunday in the hope he could play even half-decent in his singles match and maybe scrape something from it. He showed much better form, and spirits, during his clash with Steve Stricker. As we all know he needed to get down in two from over 40 feet downhill on the final green to ensure we retained the Ryder Cup.

When he knocked his first putt six feet past the hole, there were a few concerned faces. Pressure was now his biggest obstacle as he couldn’t have left himself an easier putt for par, fairly straight, and uphill. If he had come up short and left himself a slippery five-foot left-to-right putt down the slope, that would have been entirely different.

He rose the challenge manfully and his win ensured we could not lose. If we were to win the Cup outright we needed Francesco Molinari (one down playing in the match behind) to win the hole against Tiger Woods. We didn’t expect him to do so and were incredibly content and ecstatic that Kaymer had ensured we could not lose. However, there was even more drama to unfold…

For the first time that I’d seen in his career, Tiger Woods looked dishevelled playing that last hole. He had watched Kaymer being embraced and a sea of blue swarming the green in the match ahead.

His mind had obviously raced, his focus lost and he ended up conceding a three-foot putt to Molinari that was the difference between Europe winning the Ryder Cup outright, or retaining the trophy with a draw if Molinari had missed. 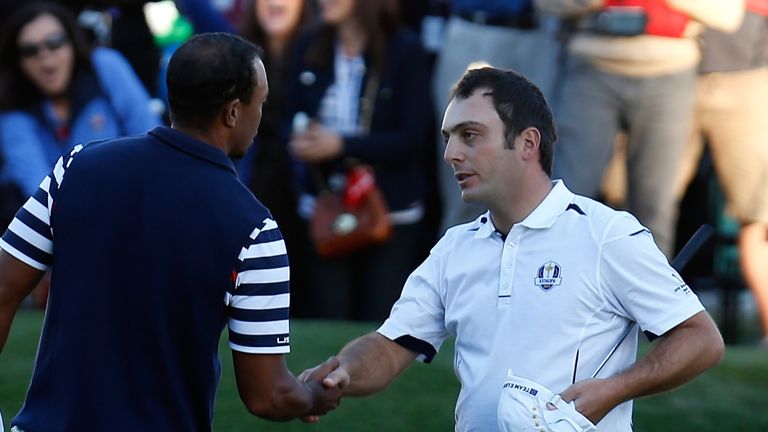 There’s a big difference between losing a match on home soil, and coming away with a 14-14 draw. But Woods was in such a state of flux, he gave that putt to Frankie and it was very far from a gimme. You just didn’t see Tiger make that kind of mental mistake.

He would have been incredulous that eight of his 11 team-mates ahead of him on the course had lost their matches and thrown away a commanding four-point lead. Molinari, along with Kaymer, were arguably our players least in form over the week, which is why they went out at numbers 11 and 12.