‘If I break my wrist it’s on f****** both of you’: Brooks Koepka argues with TWO referees as he seeks relief from a bad lie in the rough, with Team USA opening up a six-point lead over Europe at the Ryder Cup

Europe were in danger of suffering an embarrassing Ryder Cup defeat despite a brilliant comeback win for Jon Rahm and Sergio Garcia in a match which saw Brooks Koepka become embroiled in an unseemly row with two referees.

Rahm and Garcia recovered from losing the first three holes to beat Koepka and Daniel Berger 3 and 1 for their second consecutive foursomes victory at Whistling Straits.

However, the Spanish duo are the only European pair to have won a match as the United States took their third straight session 3-1 to extend their overall lead to 9-3. 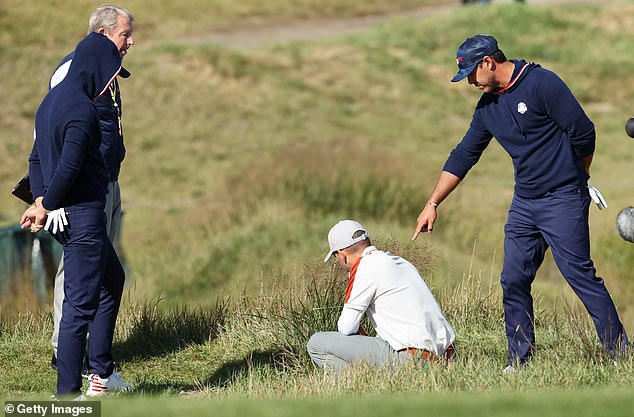 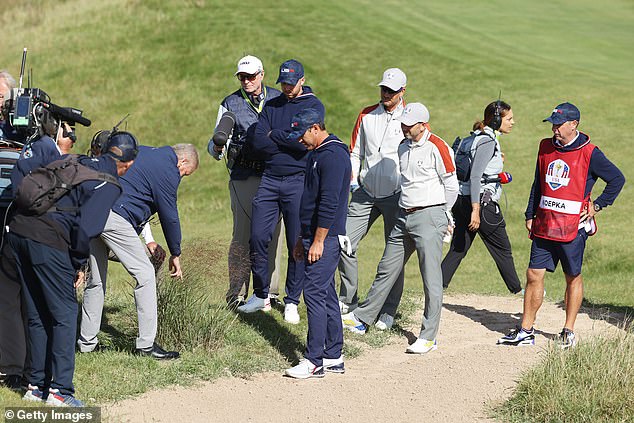 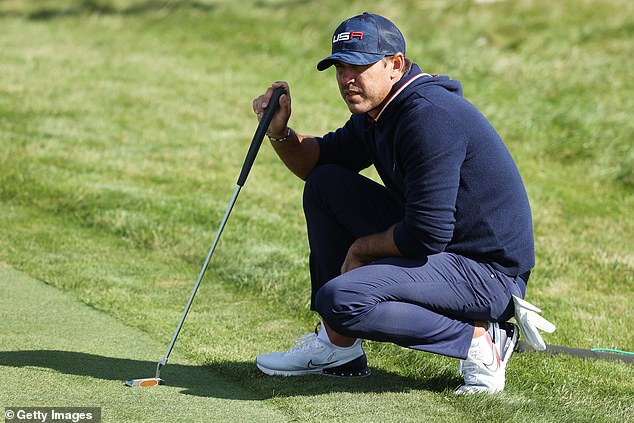 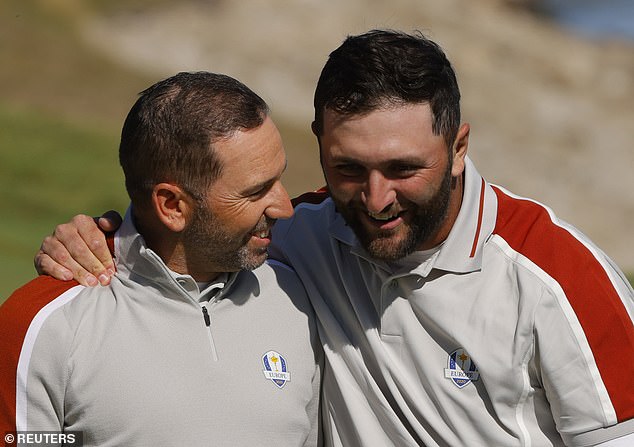 Steve Stricker’s side require just five and a half more points from the 16 available to regain the trophy.

Paul Casey and Tyrrell Hatton fought back from a four-hole deficit to Dustin Johnson and Collin Morikawa and were just one down when Casey holed out from 107 yards for an eagle on the 14th, but promptly bogeyed the next on the way to a 2 and 1 defeat.

Rookies Viktor Hovland and Bernd Wiesberger were three up after six holes on Justin Thomas and Jordan Spieth before losing by two holes in a heated contest which saw Thomas indicate his unhappiness at being asked to hole a short par putt. 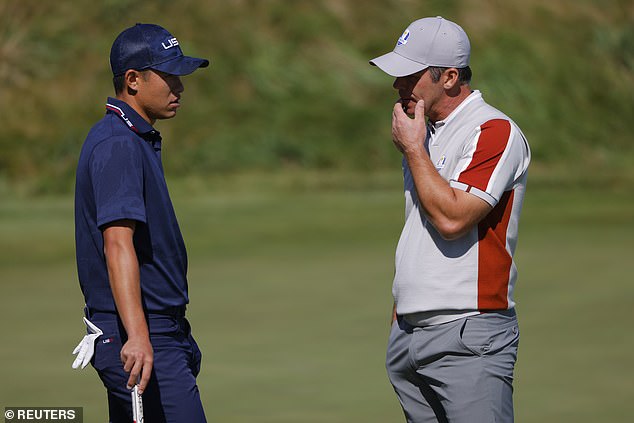 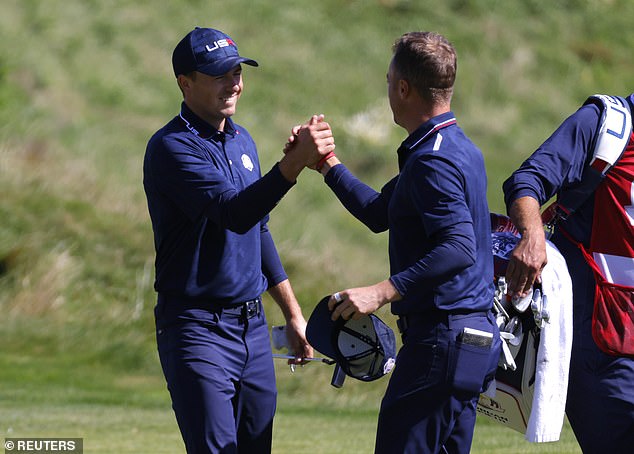 And Lee Westwood and Matt Fitzpatrick were beaten 2 and 1 by Xander Schauffele and Patrick Cantlay, meaning Westwood has now lost his last six matches and Fitzpatrick all four of his across 2016 and 2021.

It could have been even worse had Rahm and Garcia not turned the opening match around, Garcia chipping in for a birdie on the ninth and also holing from eight feet on the 12th to move ahead for the first time.

The controversial incident involving Koepka occurred on the 15th as he sought relief from a bad lie in the rough, claiming there was an impediment in his follow-through.

After being turned down by one referee Koepka called for a second opinion but did not get the answer he wanted and angrily said to the officials: ‘If I break my wrist it’s on f****** both of you.’ 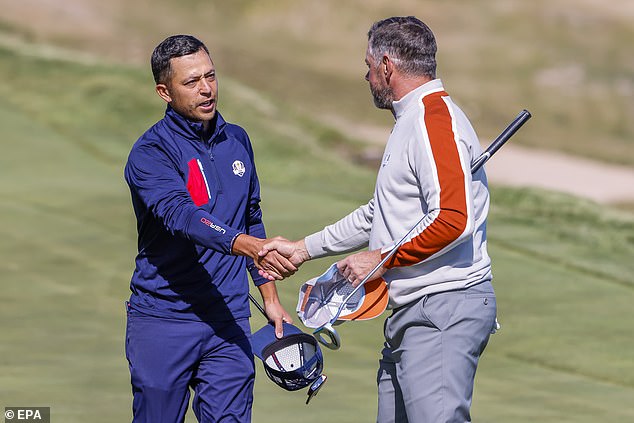 Koepka, who injured himself hitting a tree root and withdrew from the Tour Championship earlier this month, eventually took on the shot and even found the green, but a stunning approach to the next from Garcia set up a conceded eagle and the match was over on the next.

Europe captain Padraig Harrington had earlier defended his decision to leave former world number one Rory McIlroy out of a session for the first time in his career.

McIlroy had played 26 straight matches since making his debut at Celtic Manor in 2010, but lost twice on the opening day – alongside Ian Poulter and Shane Lowry – without even reaching the 16th hole.

‘Rory, we need him for the singles,’ Harrington told Sky Sports. ‘Pushing him out this morning, making him play five times, would be an awful lot. Clearly you’re going to see him this afternoon.