Thomas shared the overnight lead with English after both opened with 65s, but it was English who went lowest of the final pairing in round two as a 67 lifted him to 14 under and two shots clear of the chasing pack.

Defending champion Thomas struggled on the back nine after cruising to the turn in 32, dropping a shot at the 13th before holing from five feet for a welcome birdie at the last to join Morikawa, Daniel Berger and Ryan Palmer on 12 under. Morikawa and Berger were the hottest pairing on the Plantation Course at the Kapalua Resort in Maui, with both carding eight-under 65s after a flurry of birdies over the closing six holes.

PGA champion Morikawa has posted only one top-10 finish since making his major breakthrough in San Francisco last August, and he was delighted to match Berger almost shot for shot throughout their second rounds.

“There’s a sense of home here, I’ve been here a billion times. So it’s nice, it is a vacation, but at the end of the day we are here to play some really good golf and I want to come out on top on Sunday and still have two more days to do that.”

English carded six birdies and completed 36 holes with just one bogey on his card, outshining Thomas on the inward run as the world No 3 was unable to hang on to the lead he claimed following his fourth birdie of the day at the ninth.

But his birdie at the last ensured he would go into the weekend in a share of second and one stroke ahead of last year’s runner-up, and 2019 champion Xander Schauffele, who holed a mammoth 80-foot putt on the 18th to card a 66.

“It’s always nice to finish that way,” he said. “Caddie’s happy, we don’t have to go do any putting drills, so all smiles all around. I paced it off and then I forgot what the number was, so I gave up. I wasn’t going to pace it off again!” 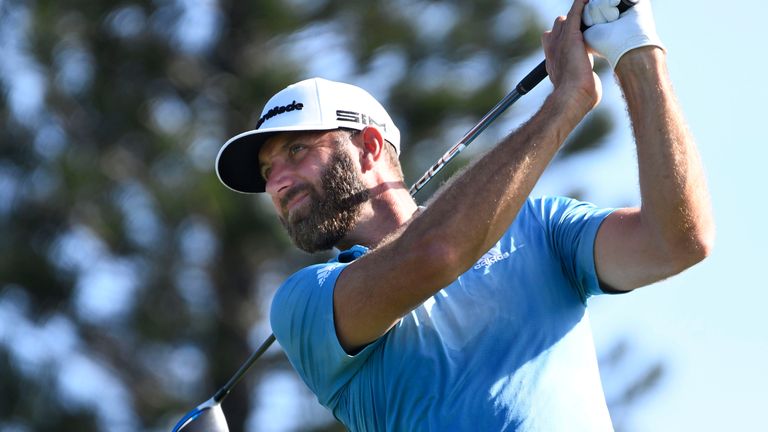 Schauffele also admitted he was still not fully recovered from contracting Covid-19 over the festive break, adding: “My shins hurt, which is really strange. They have never hurt from walking.

“I’ve kind of ran on a treadmill before and they have kind of hurt before, but usually walking up hills doesn’t usually do much to me. But it’s kind of a challenge, so I, you know, it is what it is, I’ll be in the ice bath tonight.”

The world’s top two players, meanwhile, head into the final 36 holes nicely placed on 10 under, with Johnson firing an eight-birdie 65 and Jon Rahm picking up birdies at five of the last seven holes to hand in a 66.