The day Seve changed the world forever: 40 years on, golf still feels the effects of when brilliant Spaniard Ballesteros became the first European to win the Masters

There are dates in time that mark the progress of European golf and even now, 40 years on, barely any have more significance than April 13, 1980. Precious few Europeans back then were even allowed a glimpse of Augusta National, much less to storm the gates of the citadel.

That all changed owing to Seve Ballesteros, who had the looks, the charisma, the game and then, on that Sunday, the priceless Green Jacket. The Spaniard turned 23 on the eve of that 44th edition of the Masters.

He celebrated by going on a four-day extravaganza, producing golf of such style and brilliance that even the most one-eyed American could see the European game had spawned its own equivalent of Arnold Palmer. 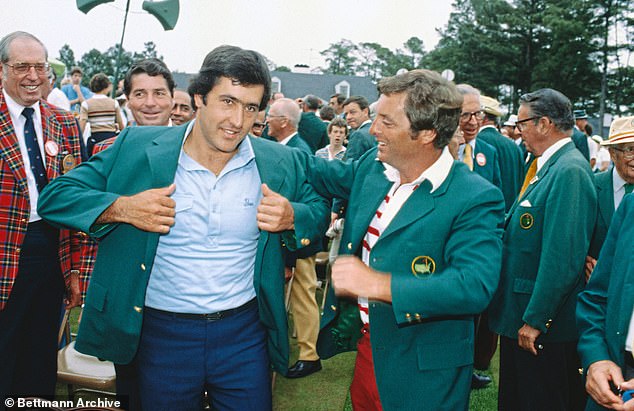 The record books show that he won by four strokes to become the youngest winner of the Masters, but it was more comfortable than even that convincing margin suggests. With nine holes to play he was 10 shots ahead and, though he wobbled badly through Amen Corner as his concentration wavered, it stands out as one of the most dominating displays the tournament has witnessed.

Typical Seve, as golfers would quickly go on to learn. If you are going to make history and become the first European to win the Masters, you might as well do it with a thrilling obliteration of everyone else.

Ken Schofield, then executive director of the European Tour, said: ‘It was a victory of signal importance to the European game and it changed golf. It opened many doors and resonated all around the world. The most notable thing was the belief it gave to all the others in Europe that, if Seve could win, so could they.

‘We saw that in the decade to follow, with the victories for Bernhard Langer, Sandy Lyle, Sir Nick Faldo, Ian Woosnam and finally his fellow Spaniard, Jose-Maria Olazabal.’ 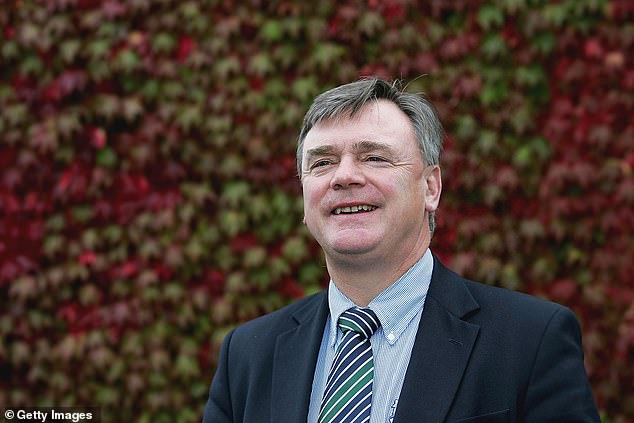 In many ways, we are still feeling the ripple effect, with Europeans now welcomed with open arms. Two years ago, an entire football team of just Englishmen were invited. How different it all was before Seve began his detonation of the old way of thinking.

‘Quite simply, they operated a closed-door policy, the complete reverse of how things are now and it was so hard for international players to secure a place,’ said Schofield. ‘Now they have gone the other way and you’re welcomed almost immediately you make an impact in the game, but back then there were no world rankings.

‘With few exceptions, the conditions to get in were quite simply you had to win a Major and that basically meant The Open, because there was little access to the other two American Majors either, or you won the European Order of Merit.’

Accordingly, the only Europeans invited were Sandy Lyle, who won the 1979 Order of Merit, Mark James, who finished third and was fourth in The Open, Englishman Peter McEvoy, as winner of the British Amateur Championship and the reigning Open champion, Seve. 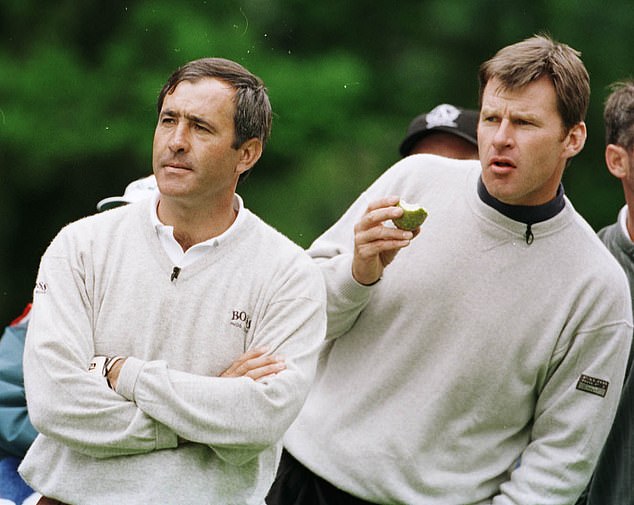 It was his fourth appearance at Augusta but already he had grown tired of the Americans, a lasting grievance that would come to benefit Europe greatly in the Ryder Cup. Hale Irwin had been at his ungracious worst after being destroyed by Ballesteros in The Open at Lytham, labelling him the car park champion, on account of one wayward drive that finished in a temporary parking facility.

Neither did being a Major winner shelter Ballesteros from the fact the Americans could not pronounce his name right on the first tee, thinking there had to be a mis-spelling. ‘Why do they keep calling me Steve?’ he would say.

Naturally, it all helped fuel the fire as he set foot in the one place in America where he instantly felt at home. He made his debut in 1977 but even before then his appetite had been whetted by stories about the cathedral in the pines, told to him by his uncle, Ramon Sota, a Spanish pro who finished sixth in the Masters in 1965.

‘I fell in love with Augusta straight away,’ Seve once told me. ‘There are some courses that fit your eye and the first time I went there it reminded me of my home course in Pedrena, in that I could see my way around and knew I had the shots to cope on and around the greens. 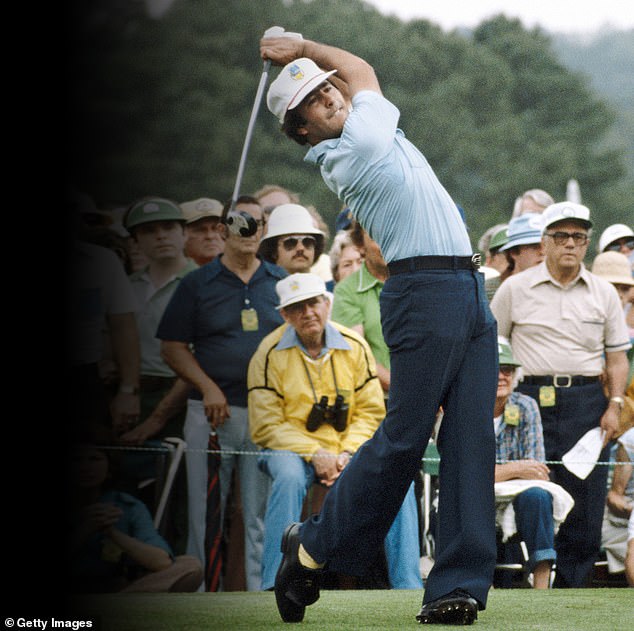 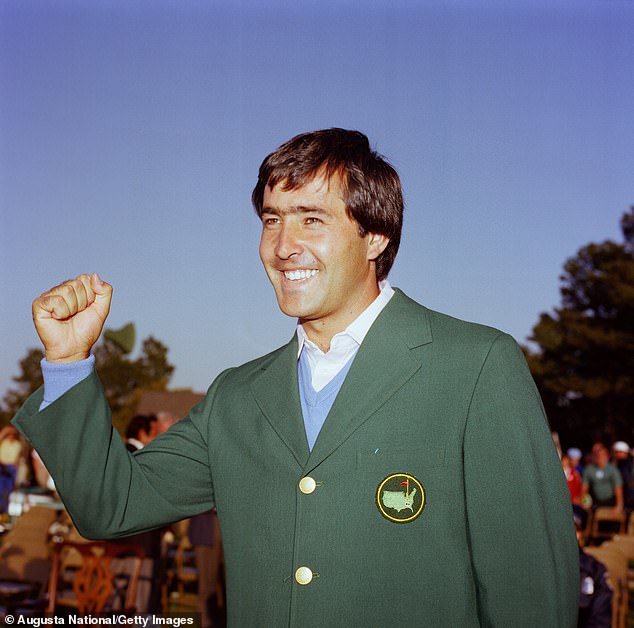 ‘I just loved everything about it and from the first time I played it I knew I would win there one day.’

That conviction was on show from the opening round in 1980, when he began with a spellbinding 66 and followed it with a 69 for a four-shot halfway lead. There was no respite in the third round either, where he shot a 68 for an eight-shot advantage over Jack Newton. That evening, Ballesteros cooked a meal for several friends and watched the movie Saturday Night Fever.

Come Sunday afternoon, he began with relentless energy once more, opening up his final round: birdie-par-birdie-par-birdie. He stood on the 10th tee with his 10-shot lead and considered he had earned himself a glorious lap of honour around the most fabled back nine in the game.

‘Big mistake,’ he recalled to me with a sheepish grin, over 18 holes at Pedrena many years later. ‘Almost the biggest mistake of my life. Imagine losing a 10-shot lead, the biggest in Majors history, the lasting effect that would have had?’ 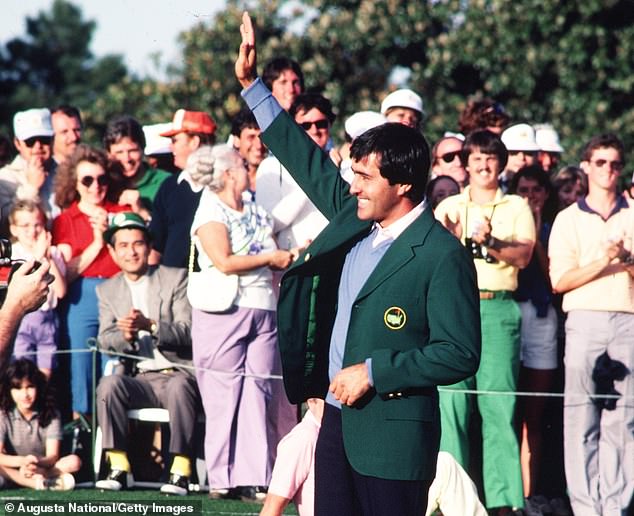 A sloppy three putt at the 10th was followed by the usual punishment for going pin-seeking at the 12th hole on Sunday and a visit to Rae’s Creek. When he put his ball in the creek at the 13th as well, all sorts of panic signals had flashed before his eyes.

Newton had birdied three holes in a row and cut the deficit from 10 shots to three. ‘Come on Jack!’ shouted an excited spectator, which shook Seve to the core.

He recalled a conversation he had had the previous year at the same beauty spot. Playing with Gary Player, the South African told Seve: ‘These people don’t think I can win. I’ll show them!’ 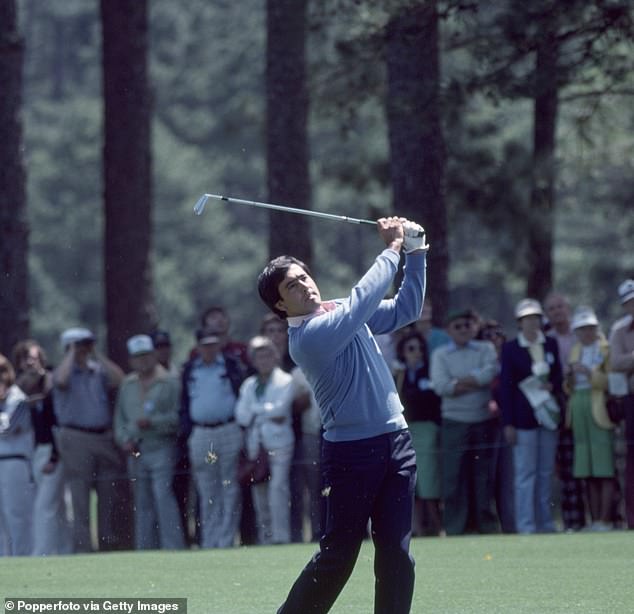 A par at the 14th steadied the ship and, after two shots to set up a birdie at the 15th, he was back on track. Three pars to finish and he had his unique place in the annals. He had shown them, all right.

‘I played a bit with Seve in his pomp and I always thought he was one of those golfers who needed to hit it further than anyone else, be better looking than anyone else and more glamorous to operate at full power,’ says McEvoy.

‘When he lost a bit of length and his back went, he could hardly play, but that year he was something special. There’s this perception that he was a wayward driver but that was certainly not my experience. With his long, flowing swing, he was the complete opposite.’ 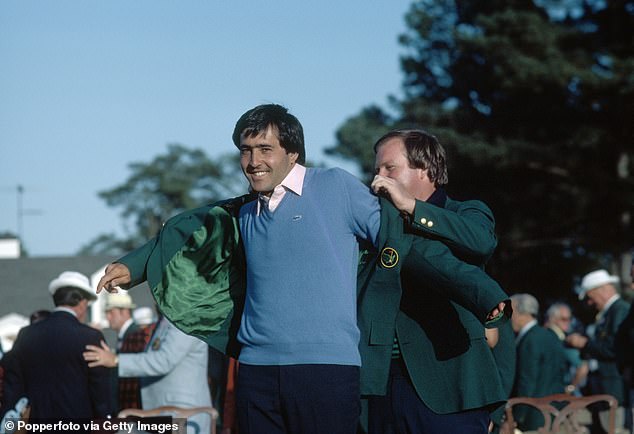 Schofield sounds wistful as he thinks back to those days when the Spaniard changed the game for ever. ‘The records show he won again in 1983 and it could have been several more,’ said the Scot.

‘We think of 1986 as Jack Nicklaus’ great swansong but Seve was right there until he found the water at the 15th. The following year was known as Larry Mize’s Masters after his amazing chip-in to beat Greg Norman in the sudden-death play-off, but Seve was part of the play-off as well, until he dropped out at the first extra hole.

‘They truly were the best of times and at the centre of it all was Seve. He really was the master at Augusta.’