Patrick Reed enjoyed his major breakthrough at the Masters, with the final round of his 2018 Augusta success being repeated – in full – on Saturday on Sky Sports Golf.

Reed had followed an opening-round 69 with scores of 66 and 67 to take a three-shot lead into the final round, his first 54-hole advantage in a major, with the American looking to become the first golfer in history to post four rounds in the 60s at the Masters.

Rory McIlroy was his closest challenger and looking at another opportunity to complete golf’s Grand Slam, with the Northern Irishman holding his best final-round position at Augusta since memorably squandering a four-shot lead during the 2011 contest. 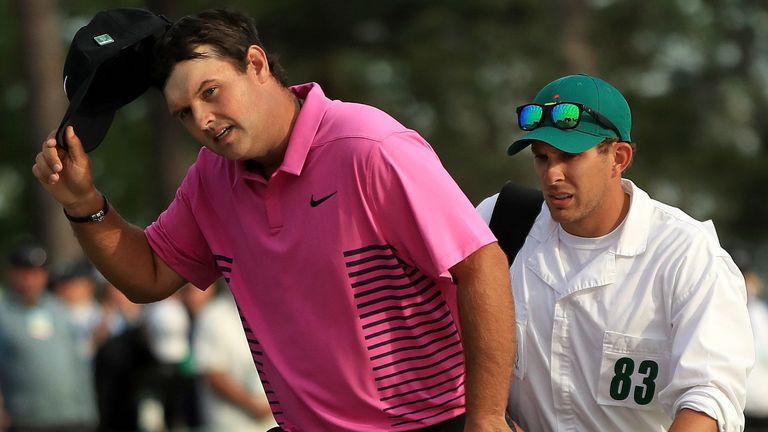 Two players looking for a maiden major victory were the other notable contenders, with Rickie Fowler and Jon Rahm – who was nine strokes behind after the opening day – five and six shots back respectively.

Reed started slowly with an opening-hole bogey and only a par at the par-five next, allowing McIlroy to move within a shot of the lead despite missing a four-foot eagle attempt at the second.

As McIlroy’s challenge quickly faded during the final day, Reed held off the charge of Fowler and Jordan Spieth – who carded a round-of-the-week 64 – to post a one-under 71 and claim a one-shot win.

Reed’s victory saw him become the first player since Jack Nicklaus in 1975 to win the Green Jacket having finished runner-up at the PGA Championship the previous year, while his putts per green in regulation stats were the best by any Masters champion this century.

Fowler’s runner-up finish was his tenth top-10 in majors without securing the first victory, while Spieth’s impressive final day saw him post his fourth top-three finish at the Masters in five years.

The leading trio also claimed the first American 1-2-3 at the opening major of the year since Tiger Woods completed the “Tiger Slam” in 2001 ahead of Phil Mickelson and David Duval, with Rahm ending the week in fourth spot and McIlroy having to settle for a share of fifth.