Like father like son! Tiger Woods and his 11-year-old son Charlie show off stunningly synchronised shots as duo hit the driving range ahead of PNC Championship this weekend

Tiger Woods and his son Charlie have shown that the statement ‘like father like son’ may well ring true after all after showing off their synchronised shots.

The pair are set to tee off together this weekend at the 2020 PNC Championship in Orlando, which will offer golf fans their first full glimpse of the 11-year-old on the course.

The Florida competition – which takes place over two days on December 19 and December 20 – allows major champions to compete in a 20-team, 36-hole scramble alongside one family member. 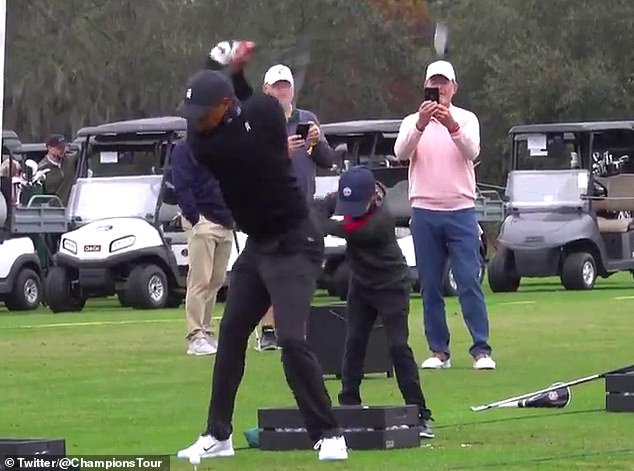 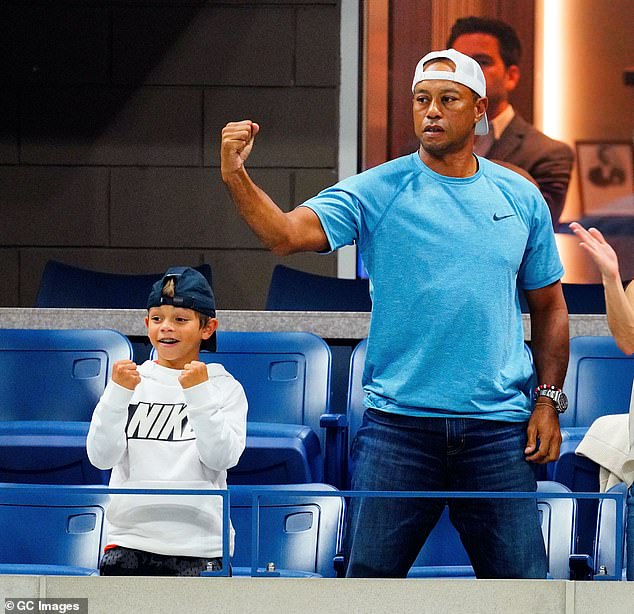 But the father-son duo arrived at The Ritz-Carlton Golf Club early on Thursday for a practice session on the driving range and offered fans a little early Christmas treat of what is to come.

The main clip that has got most fans salivating shows the two side-by-side, with identical positions to swing, with Tiger holding a driver and Charlie a wedge.

The duo then both strike the ball at almost the same time, and then to complete the lot, their post-swing mannerisms are in perfect synchronisation with each other.

Another clip demonstrated more idiosyncrasies that 11-year-old Charlie has picked up from his father. 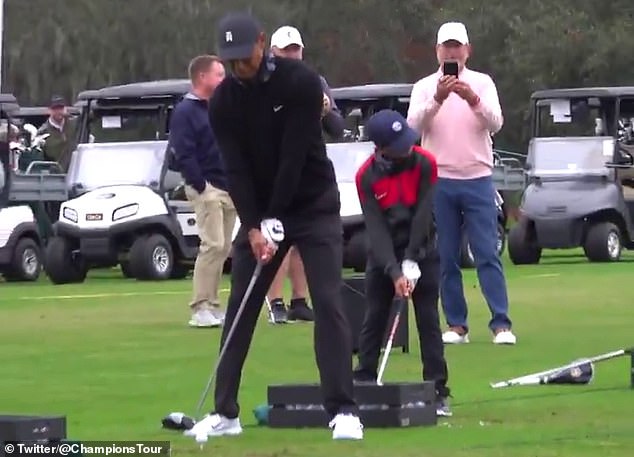 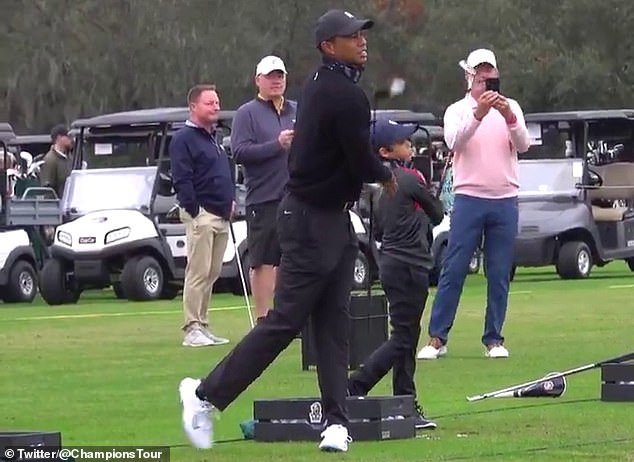 Using what looks like a 3-wood club, he shows a pure swing followed by a club twirl and subsequent right arm movement that is reminiscent of Tiger who was watching on.

Another short video also showed Charlie practicing his putting on the putting green ahead of this weekend’s action.

It will be the first time Woods has competed with his son – while the five-time Masters winner has caddied for him in the past. 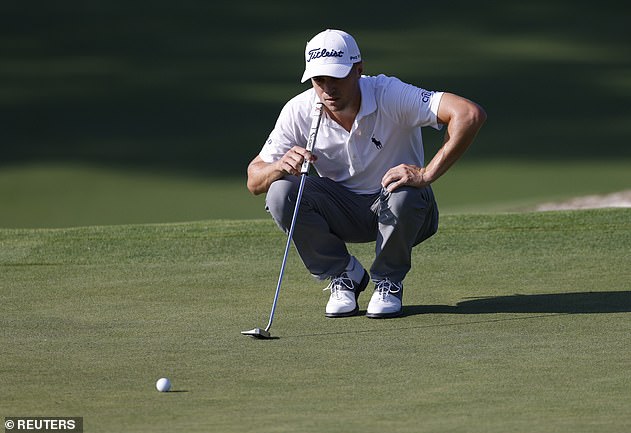 The footage comes after fellow American golfer Justin Thomas said earlier this month that Charlie ‘talks trash like his dad’.

Thomas is set to play with his father Mike this weekend, and the former number one claims that a rivalry is already beginning between himself and youngster Charlie.

‘Tiger and I talked about it a bunch – he brought it up a while ago that Charlie wanted to play and Charlie really wanted to play with us. I’ve obviously gotten to know him well, and he knows my dad a little bit as well. 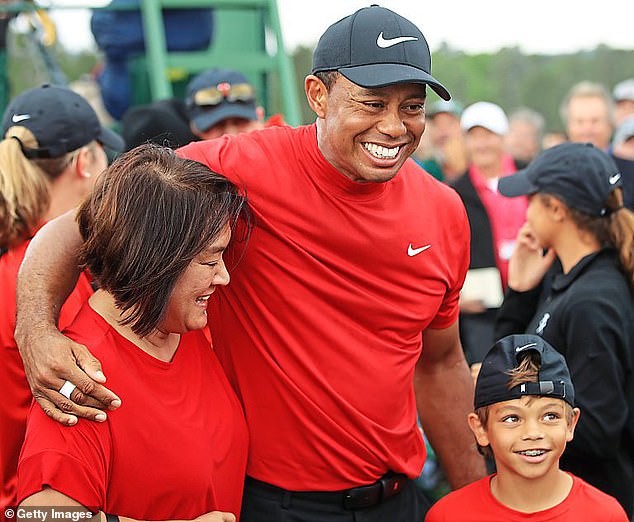 ‘For some reason, Charlie just always wants to beat me. It doesn’t matter what it is. Although he’s never beaten me in golf or a putting contest, he still talks trash just like his dad. 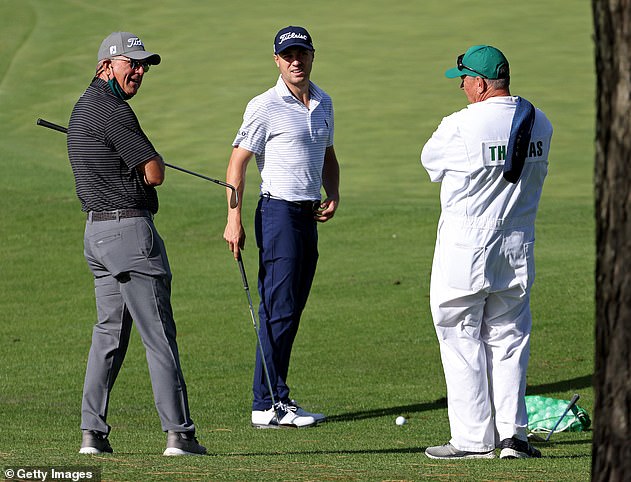