Tiger Woods opens up about struggles since car crash

The injuries that Tiger Woods suffered in a high-speed car crash that threatened his career seem to still be haunting the 15-time major champion. Woods, 46, was seen limping across an airfield in Philadelphia International Airport ahead of crunch talks with fellow PGA Tour professionals to discuss the rebel LIV Golf series.

The true extent of Woods’ injuries were recently discovered after a picture on social media showed the legend wearing shorts that reveal a huge scar on his left leg. He was joined on his private jet by fellow professional Rickie Fowler as they headed for discussions at the BMW Championship being played later this week.

Woods will not be playing in the second FedEx playoff event, but was believed to be heading to the meeting to make his legendary presence felt. Golf journalist Alan Shipnuck tweeted: “Supposedly everything is on the table, from major championship boycotts to Monahan’s future to a larger compromise. And Tiger M.F. Woods is expected to fly in to provide counsel/bully/cajole.”

ESPN have reported that the meeting which included top golf stars including Justin Thomas, Rory McIlroy and Jordan Spieth lasted three and a half hours. “It was about all the top players getting on the same page,” a player who attended the meeting told ESPN. “It was a good meeting.” 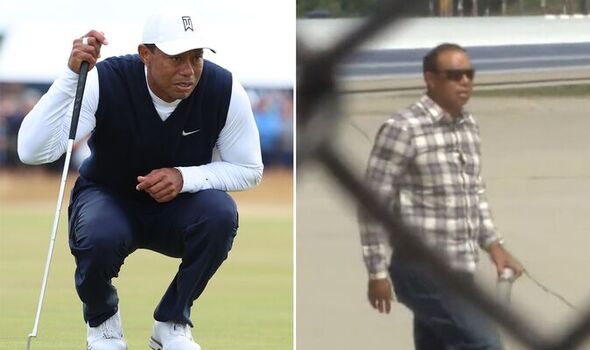 It is believed that Woods, who has had previous talks with fellow PGA Tour stalwarts, wanted to share future ideas for improving the series with a wider audience. Players will then take their ideas to Tour commissioner Jay Monahan and other administrators.

However, it was the fitness of Woods which raised concern from fans on Twitter page @TW Legion who filmed him exiting his private jet and getting into a Nissan and driving to the meeting with Fowler. Views of the Woods’ fan page were saddened to see him limping, @truth___bomber commented: “The limp just hurts to see.” 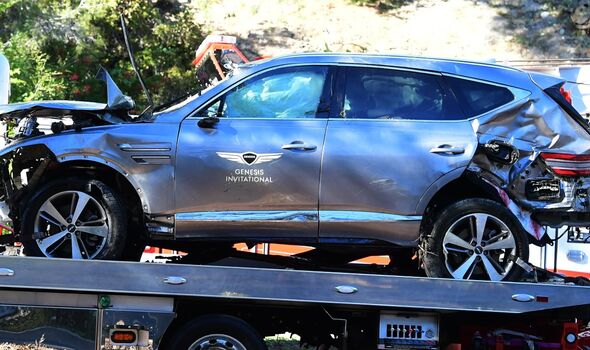 Woods was rushed to hospital in February last year after enduring a rollover accident in his Genesis GV80 SUV while travelling at over 80 miles per hour. The crash left him requiring emergency surgery, with multiple breaks and fractures in both legs.

After over a year out of the professional game Woods made a remarkable return at Augusta in April for the US Masters making the cut and finishing 47th. He was moved to tears at St Andrews after missing The Open cut last month waving farewell to the famous course. The event will not be held at St Andrews again until  2030 by which point Woods will be 54.