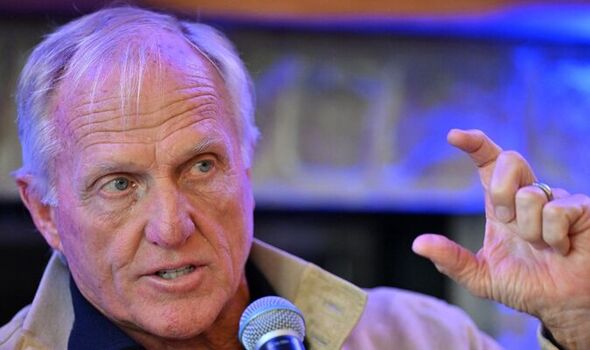 Greg Norman has appeared to dismiss the killing of Jamal Khashoggi as a “mistake” after fielding questions on Saudi Arabia’s human rights record. The former world No 1 was speaking at a media launch in London for the controversial Saudi-backed LIV Golf Invitational Series.

The event has attracted plenty of criticism with its attempt to steal the best players on the PGA Tour. Norman, who is the commissioner for the LIV Golf Series, has been outspoken against the PGA Tour in not releasing the players wanting to take part in the first event next month.

But, on Wednesday, the Australian golfer faced tough questions on Saudi Arabia’s human rights record. And when asked directly about the horrific murder of Khashoggi in 2018, Norman appeared to dismiss it by saying: “We’ve all made mistakes”.

“This whole thing about Saudi Arabia and Khashoggi and human rights; talk about it, but also talk about the good that the country is doing in changing its culture,” Norman said. “Look, we’ve all made mistakes and you just want to learn by those mistakes and how you can correct them going forward.”

Norman was then asked whether the dismembering of a body with a bone saw qualifies as “just a mistake”. “I’m not going down this road guys,” he replied. “Let’s just stay focused on the golf. That’s all I’m going to do.”

Saudi Foreign Minister Adel al-Jubeir claimed in the aftermath of Khashoggi’s killing that it was a “rogue operation” and the Crown Prince was not involved. But, last year, US intelligence agencies came to the conclusion that Mohammed bin Salman, had ‘approved the murder of Khashoggi’.

The report detailed how Khashoggi was lured to the Istanbul consulate before being suffocated with a plastic bag. His body was then dismembered by a bone saw with hidden microphones picking up the gruesome sounds of the brutal maiming.

Norman has continued to push against the PGA Tour for their “anti-golf” stance on releasing players for the LIV Golf Series. The first event takes place in London next month with the likes of Phil Mickelson, Sergio Garica and Lee Westwood hoping to take part.

But the PGA Tour released a memo to players on Wednesday stating nobody would be granted a release. “Sadly, the PGA Tour seems intent on denying professional golfers their right to play golf, unless it’s exclusively in a PGA Tour tournament,” he said.

“This is particularly disappointing in light of the Tour’s non-profit status, where its mission is purportedly ‘to promote the common interests of professional tournament golfers.’ Instead, the Tour is intent on perpetuating its illegal monopoly of what should be a free and open market.

“The Tour’s action is anti-golfer, anti-fan, and anti-competitive. But no matter what obstacles the PGA Tour puts in our way, we will not be stopped. We will continue to give players options that promote the great game of golf globally.”