Tommy Fleetwood crashed out in the quarter-finals of the WGC-Dell Technologies Match Play after losing at the first extra hole to Billy Horschel.

The Englishman was looking to follow up his earlier defeat of Dylan Frittelli, which featured a hole-in-one at the fourth, in the last 16 at Austin Country Club but came unstuck when he drove out of bounds down the left at the 12th to hand victory to the American.

Horschel had never been in front over the regulation 18 holes but he now faces a Sunday morning semi-final showdown with Frenchman Victor Perez.

Fleetwood made a strong start with a birdie at the first putting him ahead but that was cancelled out at the fourth after Horschel knocked his tee shot to two feet.

A successful 16-foot birdie putt at the ninth sent Fleetwood back in front and the 30-year-old’s advantage was doubled when Horschel missed from 10 feet for a par at the 11th.

Fleetwood’s second into the 12th found the water and he looked set to lose another hole when he pulled his drive at the 13th into the river. 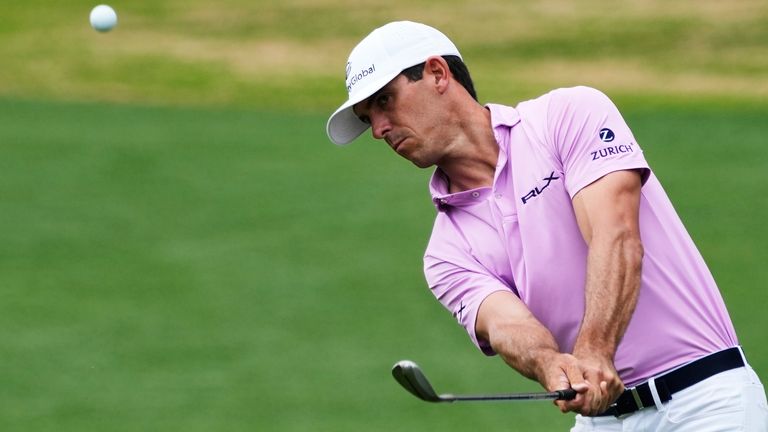 However, he managed to salvage a bogey-five which Horschel matched when he failed to hole a four-footer and the next four holes were halved before the American levelled it up with a birdie at the 17th after hitting his tee shot to eight feet.

Both players went close to holing their birdie putts at the 18th but the match went into sudden death and after Horschel had found the fairway at the par-five 12th, Fleetwood hooked his drive left, enabling Horschel to secure the win with a safety-first par, as the Englishman, who eventually made a six, bowed out in disappointing fashion.

Perez claimed the notable scalp of Sergio Garcia in the quarter-finals with an impressive 4&3 victory.

Robert MacIntyre had proved no match for Perez in the morning and an out-of-sorts Garcia was always struggling after winning the first with a par. Perez birdied the next two thanks to some fine approach work and, although Garcia levelled it again at the sixth, the Frenchman took command after the Spaniard’s wayward second into the seventh proved to be unplayable.

Garcia then missed a short putt at the eighth to slip two down and the deficit was three after he drove into water at the short par-four 13th, leaving Perez to seal the victory with a birdie at the 15th after nailing his approach to seven feet.