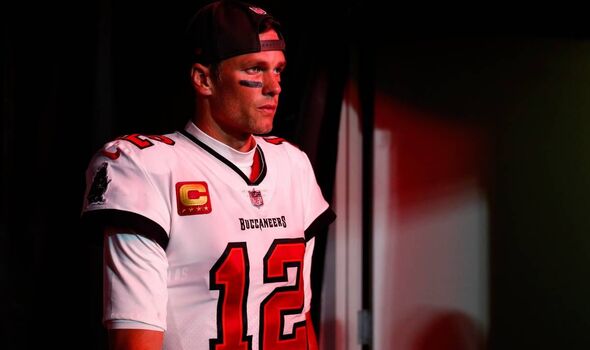 NFL fans are still waiting to see if Tom Brady will extend his stay in the league, but whenever he does officially retire there will be some huge shoes to fill. Brady is the best to ever do it, but fans already feel as though Joe Burrow is his perfect replacement.

Cincinnati Bengals quarterback Burrow has once again shown the NFL he means business, with a brilliant performance against the Buffalo Bills.

The Bengals faced a daunting test at Highmark Stadium in the divisional play-off round, but Burrow ran the show – outplaying Josh Allen in Buffalo. Burrow may not be the flashiest of quarterback’s, but he’s intelligent and gets the job done.

Allen and Patrick Mahomes are seen as the golden boys in the league, but Burrow has since forced his way into the conversation. And fans think that he’s ready to take over from Brady, as comparisons continue to pour in.

The Bengals made the perfect start on Sunday, as Burrow threw two touchdowns in the opening quarter. Ja’Marr Chase and Hayden Hurst caught in the endzone to give the Bills a mountain to climb, but the efficiency of Burrow going downfield was too much for them to handle.

We are used to seeing Mahomes pull off all kinds of plays, and he for sure is a special talent. But Burrow is no-nonsense, and fans think he could be the next Brady.

“After watching Tom Brady for two decades, I can honestly say Joe Burrow is the closest I’ve seen to him from a mindset perspective,” one fan said. “No matter how big the moment, it never phases Burrow. Cool, calm and collective.”

“Joe Burrow and Patrick Mahomes are going to be this generations Tom Brady and Peyton Manning,” another wrote on social media. “Josh Allen or Trevor Lawrence will play the Big Ben character by being able to sneak through a few times but the first two will dominate the AFC for the next decade.”

And it’s not just fans that think that, as Burrow’s team-mate Chase is as impressed as the rest of us. “(Burrow) is a true quarterback. Look, Josh Allen’s a great QB too, but Joe can do it all,” he told ESPN.

“Josh Allen’s game revolves around just being a dual-threat, running QB. That’s not bad. But Joe’s more of a Peyton Manning, Tom Brady-type of QB.”