The Major League Baseball draft is coming, but no one knows the date or whether there will even be a central site.

The draft will no longer be 40 rounds, and it could be slashed to as few as five rounds, an 87.5% reduction in players.

Baseball scouts are permitted to talk to prospective draft picks by phone, text or Zoom, but they can’t even bump into them at the local burger carry-out.

They can study video, even going back to their Little League days, but anything filmed after March 27 is prohibited.

These are the new rules during the unprecedented times of the coronavirus pandemic, preparing for a baseball draft like no other.

It’s widely considered to be a deep and strong amateur draft, one that has had teams salivating for years. But with draft limits in place and signing bonus restrictions embedded, there is a growing fear MLB is endangering their future.

CORONAVIRUS & SPORTS: Get the latest news and information right in your inbox. Sign up here. 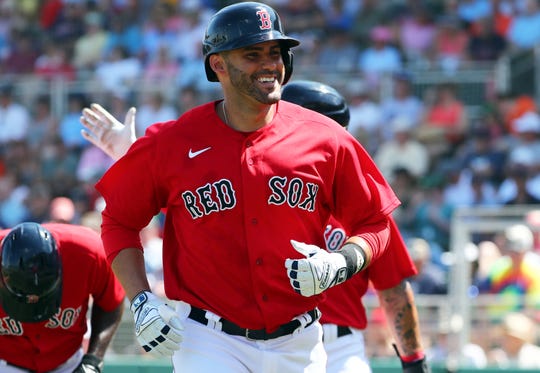 “I tell you what’s going to happen, you’re going to crush the dreams of kids playing baseball," said San Diego-based agent Lonnie Murray, who has represented baseball players since 2004. “The opportunity is lost now. You had kids excited about what was supposed to be a pivotal moment in their life, getting drafted, and now that’s gone.

“And you know who that hurts the most? All of the kids who play in underserved communities, especially Black and Latino players."

MLB negotiated in its agreement with the players' union the option of limiting the draft to five rounds. If that's the case, there could be a dearth of minority players entering the draft.

A year ago, there were only 17 African-American and seven Latino high-school players drafted in the first five rounds, and only 12 from Division I colleges. If the draft is limited to just five rounds, and undrafted players can sign for a maximum of $20,000, where do those kids go? There were 72 African-American and Latino kids from Division I schools drafted after the fifth round a year ago that suddenly could disappear.

Sure, college is an option, but what if you can’t afford it? What are your chances of landing one of the 11.7 baseball scholarships stipulated by the NCAA? (Football Bowl Subdivision schools are permitted 95 scholarships.)

You think those kids will still stick to baseball, or if they continue to play, will they even be noticed?

“My biggest fear with the draft is that you now go back to the trend," Murray said. “You’re going back to families that had the money to send their kids to college, or the kids with two-parent households that are able to afford to send their son to all of the showcase events.

“A large number of kids in underserved, unrepresented communities aren’t going to be afforded the same opportunity. Where is that door for them to walk through? Where is the pathway to play?

“They going to be left behind, and that’s just wrong."

Yet, with the draft wiping out about 1,000 players who normally would be selected, MLB is jeopardizing all of the inroads they have made in the inner-city communities.

“Look, do I love the praise and attention that MLB gives to diversity? Yes," said Murray, the only female African-American certified baseball agent.

“Do they have a marketing campaign that creates attention? Yes. But is this going to hurt the black and Latino kids? Absolutely."

The Major League Baseball landscape is filled with current African-American and Latin veteran players who were late-round draft picks, but under the new system, they may never have gotten a chance. Take a look:

If the draft is limited to just five rounds, what is going to happen to all of those players?

“We are hopeful that those kids will still sign, even if they’re not drafted," said Tony Clark, executive director of the MLB Players Association. “But there are concerns, and they remain, that young minority kids aren’t going to be provided the same opportunity as others, especially in a climate we’ve seen so many changes."

Major league scouting departments still are holding out hope the draft, which must be conducted between June 10 and July 20, is at least 10 rounds. The extra five rounds would cost teams only about $1 million, and it would add 150 more players into the draft.

Teams used to be permitted to spend up to $125,000 for any late-round pick or undrafted player without exceeding their bonus pool. Among the 960 players who signed last year, 680 received signing bonuses of at least $20,000, according to Baseball America.

Now, the flexibility of paying an undrafted free-agent more than $20,000 is gone.

And perhaps the players who disappear through the cracks in this draft will never come back.

“If you’re intended goal is to increase diversity, then why are we taking away their opportunity?" Murray said. "What are we doing here? We’re depleting the talent pool.

The economic toll of the coronavirus pandemic already being felt. MLB players with guaranteed contracts are being paid an advance totaling about $286,500 through May, but they receive no salary. Minor-league players are receiving $400 a week through May, with no guarantee of further payments.

“You can’t call it America’s pastime and contribute to the hardship," Murray said. "With a crumbling domestic and global economy, soaring unemployment in the U.S., and no clear pathway or timeline for resolve, MLB’s slaughter of current systems will not only have a brutal impact on the communities, but on these countless young Americans who trusted in the dream of a future their respective team presented.

“Players are going to have to ask themselves, "'If you can’t stand with me now, how can you ask me to stand with you in the future?’

“Diversity will be nothing more than a marketing campaign."