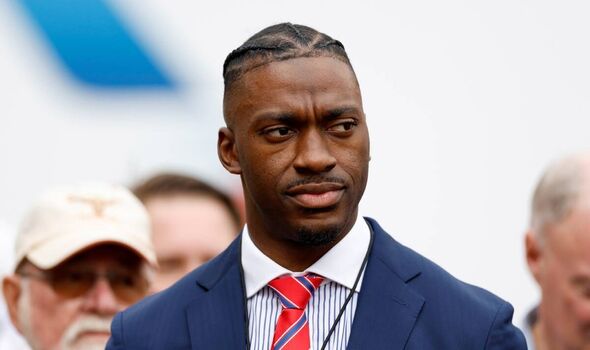 Griffin appeared to use the slur while commentating on the New England Patriots’ win over the Arizona Cardinals. He was discussing the Philadelphia Eagles at the time, and praising Eagles quarterback Jalen Hurts.

However, in heaping praise on Hurts, he appeared to use a racially-charged slur. The former Heisman-winning quarterback said: “People said that Jalen Hurts couldn’t get it done. He could not get break from the pocket, he’s not the quarterback of the future—I think he proved all those jiga***s wrong.”

The slur is defined by the Merriam-Webster dictionary as “an insulting and contemptuous term for a Black person”. A clip of the slur went viral almost immediately, with fans stunned at his language while speaking on live television.

Griffin was quick to respond, taking to Twitter to clear up the confusion. He insisted he didn’t mean to cause any offence, and was instead trying to say something completely different.

He tweeted: “Yooooo, Definitely need to clarify this. THIS IS NOT WHAT I MEANT TO SAY. Was trying to say ‘those Bug-A-Boos’ in reference to haters and doubters.

“Regardless of my intention, I understand the historical context of the term that came out of my mouth and I apologize.”

ESPN said to the Huffington Post that the company would not be making any official comment. The world wide leader of sports said: “We aren’t commenting beyond his tweet.”