After Jalen Ramsey signed his bumper deal with the Rams, we examine the NFL’s highest-paid players.

With money on our minds ahead of the season restart, we’ve decided to run down the best-paid players at each position. All numbers are from Spotrac and cover the total value of active NFL contracts. Much has been made of the first ‘half-billion’ dollar contract, but in reality, it is not quite that rich. For Mahomes to reach over $500m, he would have to gain multiple $1.25m bonuses by reaching the Super Bowl and winning the regular-season MVP award practically every season. Plus, we’d have to include the $27m already being paid to him before the extension kicks in. Regardless, it is a lot of money!

Deshaun Watson’s $39 million-per-year deal makes him the best of the rest, but his $156m overall value comes nowhere close to Mahomes! 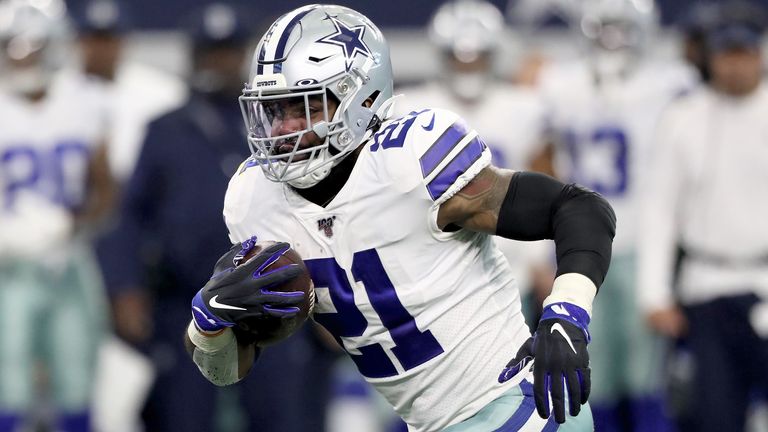 Last season, Todd Gurley had led running back deals with a $57.5m contract. Elliott’s six-year deal with the Cowboys blew that out of the water. While Christian McCaffrey will average more per year over his contract with Carolina (four years, $64m), Dallas have put a lot of faith in a position that doesn’t usually have the same durability as others.

That said, their offense revolves around Elliott, and he makes them tick. With over 7,000 yards from scrimmage and 48 total touchdowns in four seasons, he has proven his worth. Plus he’s still only 24! No Hopkins? Although Arizona’s newly-minted receiver earns the most per year quite considerably ($27.25m), he only signed a two-year deal.

By contrast in March, the Cowboys secured another of their top playmakers for the long-term with a five-year deal for Cooper. Since joining Dallas from the Raiders, Cooper has improved his yards-per-game and yards-per-catch averages, his touchdown rate and simply looked a better player.

Michael Thomas and Odell Beckham fall narrowly behind with $96.3m and $90m, respectively. On the same day that Travis Kelce signed a four-year, $57m extension with the Chiefs, Kittle signed his first bumper deal since being drafted in 2017 and taking the league by storm.

In 2018 he set an NFL record for most receiving yards in a season by a tight end with 1,377 (adding five touchdowns), before registering 1,053 yards and five touchdowns to help the 49ers reach Super Bowl LIV last year.

Kittle has managed more catches (216) and yards (2,945) than highest-paid wideout Cooper (202-2,874) over the last three seasons so with his production, alongside his elite blocking ability, it’s hard to argue he isn’t majorly undervalued with this deal. When the Cowboys drafted Smith with the ninth overall pick in 2011, he was the first offensive lineman taken in the first round by Jerry Jones since he bought the team in 1989.

Since then, he’s been a Pro Bowler in the last seven straight seasons and dominated defensive ends weekly. He missed three games through injury for the fourth year in a row in 2019, but it hasn’t stopped him performing to the highest level when he is on the field. 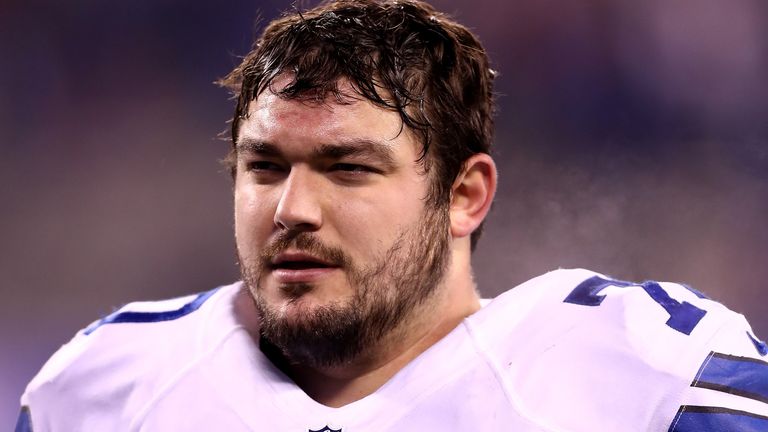 Three years after Smith, Dallas again dipped back into the first round to take a lineman – this time choosing a player who has dominated on the interior of the line from the moment he stepped on the field.

He was the final piece of the puzzle in 2014 as the Cowboys built a formidable front with a trio of high picks, including Martin, Smith, and another key player in the middle – center Travis Frederick. 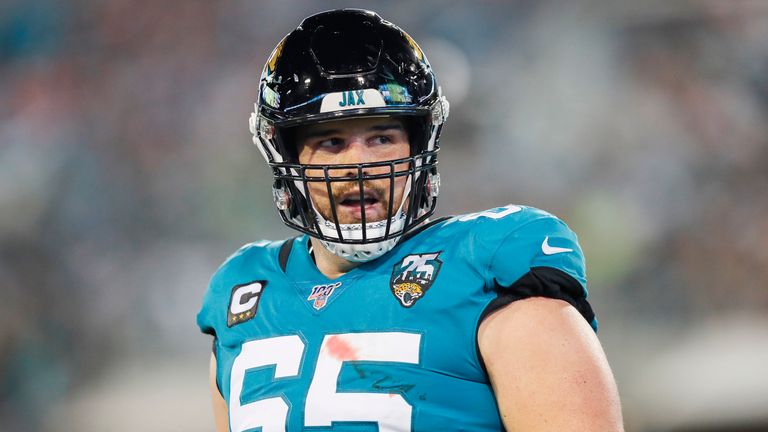 Had Frederick not been forced to retire this offseason, he would have been yet another Cowboy with the largest current deal – at $56.4m.

However, Linder – who signed his deal in 2017 – takes the crown. The 28-year-old started 16 games last season for just the first time in his six-year career and has not been voted to a Pro Bowl since joining the NFL. Will this contract be topped soon? 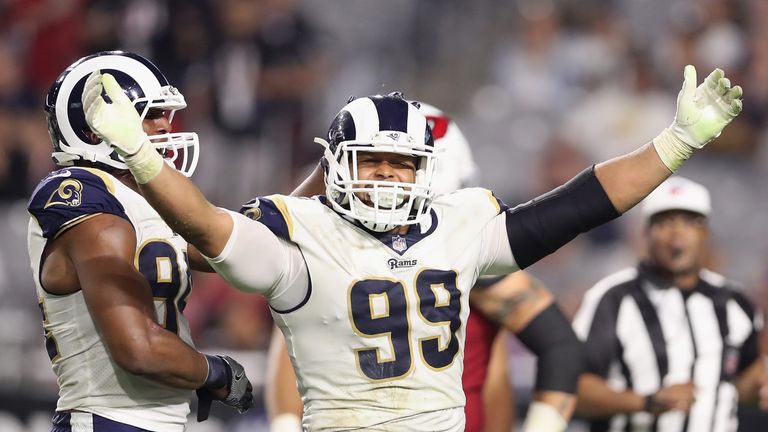 Donald followed in the footsteps of Beckham and Rodgers in signing a big-money new deal in the summer of 2018, with his being the richest in NFL history as he put pen to paper on an at-the-time record six-year $135m contract with $87m guaranteed.

The Rams defensive tackle has been a Pro Bowler in each of his six seasons in the league, a first-team All-Pro in the last five of those, and was named the NFL’s Defensive Player of the Year in 2017 and 2018. So, he’s not bad then! Both Bosa and Myles Garrett ($125m) passed Dallas DE DeMarcus Lawrence this summer, with huge deals of their own.

Bosa, 25, has been exactly what the Chargers wanted him to be when they picked him third overall in 2016 – a sack machine. In 49 careers starts, he has managed 40 sacks and in all three seasons he has played double-digit games, he has reached double-digit sacks.

He firmly deserved the richest yearly contract for a defender ($27m per). Not long after completing his blockbuster switch from the Oakland Raiders to the Bears in the 2018 preseason, Mack agreed a deal surpassing Donald’s contract in Los Angeles. His six-year extension included $90m guaranteed and the deal also took him ahead of Von Miller at the outside linebacker position, and made him the highest-paid defender in NFL history.

Like Donald, Mack has earned a Defensive Player of the Year award – his coming in 2016. The 29-year-old had racked up 40.5 sacks in just four seasons as a pro before making the move to Chicago, where he has added 21 more and his fourth and fifth straight Pro Bowl selections. Mosley was one of many linebackers who signed big new deals in the 2019 offseason. Having spent his first five seasons with the Ravens, Mosley – who had 579 tackles and made the Pro Bowl four times in Baltimore – signed with the Jets.

Year one turned out to be a disaster, as he suffered a groin injury in Week One of the season which hampered him enough he was placed on Injured Reserve in December, having only recorded nine tackles.

He should have been the quarterback of the Jets defense, and we expected him to be in 2020, however, Mosley has opted out of the season. With the loss of Mosley and Jamal Adams – who was traded to the Seattle Seahawks – the Jets could have problems on D. 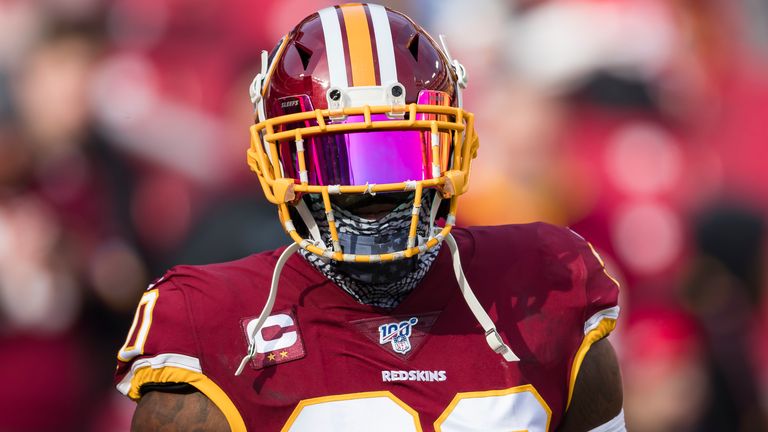 Hard-hitting safety Collins has been described as a ‘heat-seeking missile’ and he signed the biggest safety deal in the league after moving from New York to NFC East rivals Washington last summer.

In 2016, he became the first player in NFL history to have over 100 solo tackles, more than two sacks, at least five interceptions, and at least 12 pass deflections – but he couldn’t quite bring the playmaking ability last season and wasn’t able to pull in a single pick. Washington should boast a better defense this year with Chase Young on the field. Signed on the eve of the NFL season, Ramsey’s deal makes him the first defensive back in NFL history to sign a nine-figure deal. He was nothing but a lockdown corner in Jacksonville after they took him fifth overall in 2016, and the Rams gave up two first-round picks for him to do the same in LA.

Alongside Donald, he gives the Rams two of the best players in the game at two of the most important positions. This defense has strong foundations.