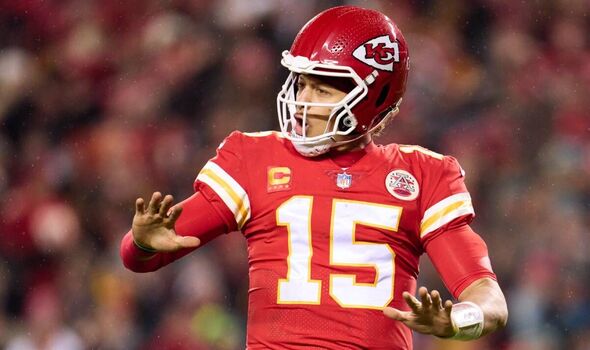 Patrick Mahomes was quick to react to the Cincinnati Bengals’ win over the Buffalo Bills on Sunday night. The Bengals dominated the Bills in New York and set up an NFC Championship rematch.

Now, however, they’ll have the chance to right that wrong, as they will go up against the Bengals in the big game for the second year in a row.

The Chiefs defeated the Jacksonville Jaguars on Saturday, with Mahomes suffering a knee injury and missing a large portion of the game. Despite his absence, the Chiefs pulled through and earned their spot in the AFC Championship game.

On Sunday, the Bengals punched their ticket to join them, defeating the Bills in New York. Young quarterback Joe Burrow was the star as the Bengals blitzed the Super Bowl favourites 27-10 in what was a comfortable win.

Minutes after the game ended, Mahomes took to social media to send a message to next Sunday’s opponents. The quarterback posted a clock emoji, hinting he was counting down to the rematch.

There had been worries that Mahomes’ knee injury would keep him out of next weekend’s game and could end his post-season entirely. However, it now appears he only suffered a high-ankle sprain, and Mahomes insisted he’ll be ready next week.

He said: “Yeah I did not want to go and they kind of gave me the ultimatum of I wasn’t going back in unless I went in there so they’re trying to take care of me we got a lot of great people over here, but it’s gonna take a lot to keep me out of a football game.”