Home » MLB » Ranking NFL draft sleepers: 12 prospects we like more than most 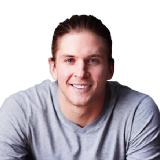 Every year, one of my least favorite debates about the NFL draft is what constitutes a “sleeper.” Is it where the prospect went to school? Is it where he will get drafted? Is it about how well known he is or isn’t? Quite frankly, the sleeper police need to find better things to do.

What follows is a list of Pro Football Focus’ favorite 2020 NFL draft sleepers — 12 prospects who, for whatever reason, haven’t generated a ton of hype but are still high on PFF’s NFL draft Big Board. We’ll go in order of where they appear in our overall rankings, starting with the No. 26 prospect on our board and ending with No. 175:

Weaver was tasked with playing a weak slate of offensive tackles in the Mountain West, so all he could do was dominate the man across from him — and he did just that for the past two seasons.

Weaver became the first player since Myles Garrett to earn back-to-back single-season pass-rushing grades over 92.0. His exceptional hand usage combined with better bend than you’d expect got him consistently in the opposing quarterback’s lap. He doesn’t have the burst or the build that “looks the part” — he’s 6-foot-2, 265 pounds — but he simply outproduced every edge rusher not named Chase Young in this class.