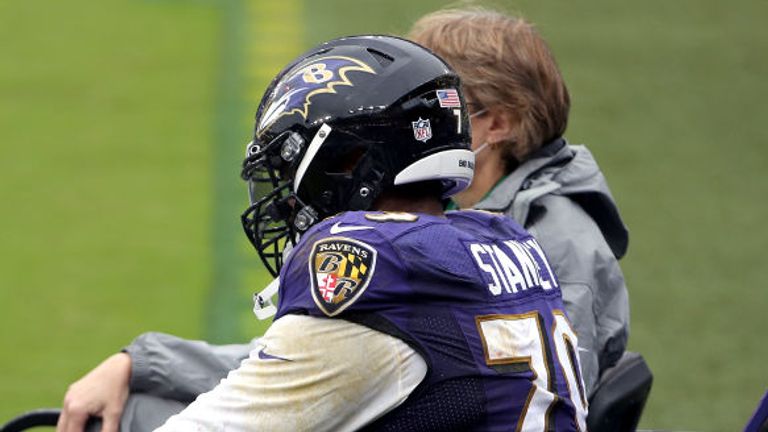 Baltimore Ravens left tackle Ronnie Stanley is out for the season after injuring  an ankle against Pittsburgh Steelers on Sunday, two days after signing a five-year contract extension.

Stanley, 26, was hurt on a play in which quarterback Lamar Jackson was under heavy pressure.

He collided with and fell backward over Steelers linebacker T.J. Watt in the final minutes of the first quarter of Baltimore’s 28-24 loss.

Stanley had an air cast applied to his left ankle and was taken off the field on a cart. 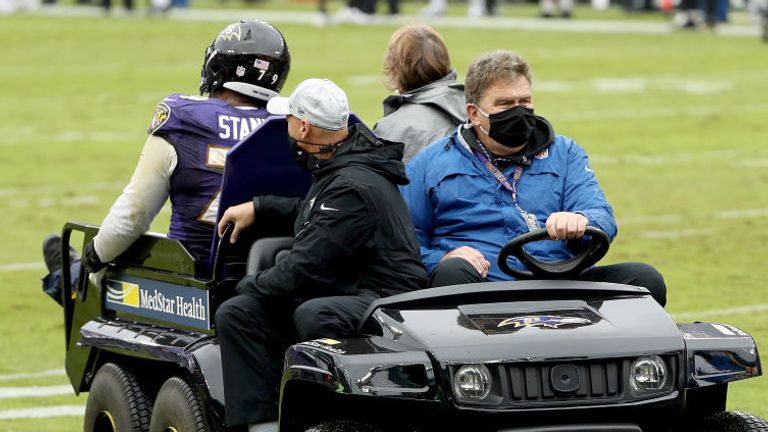 “I feel bad for Ronnie,” Harbaugh said. “He’s a guy that has been playing well and he wants to play, wants to be a part of it. He’s worked very hard to be out there and to contribute, but that’s the nature of the game often times unfortunately.”

Stanley was making his 62nd start since the Ravens selected him with the No. 6 overall pick in the 2016 NFL Draft.

The Ravens also played most of the game without right guard Tyre Phillips, who injured an ankle in the first quarter.

Sky Sports NFL is your dedicated channel for NFL coverage through the season – Week Eight continues with a triple header from 5pm on Sunday and NFL Redzone so you won’t miss a moment. Don’t forget to follow us on skysports.com/nfl, our Twitter account @SkySportsNFL & Sky Sports – on the go!