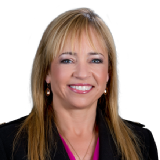 The two orthopedic surgeons directly involved in Tua Tagovailoa’s hip surgery and recovery indicated that the quarterback would be fully healthy to participate when NFL training camp begins.

Lyle Cain, the head team physician at the University of Alabama, and Chip Routt, a professor of orthopedic surgery at McGovern Medical School at the University of Texas in Houston, agreed that Tagovailoa’s progress to date — both technically in terms of his fracture repair and functionally based on his current activity — would allow him to be cleared for all football activities.

“He’s in a normal offseason training program just getting his body back in shape now,” Cain said.

Tagovailoa, who is expected to be selected in the first round of this month’s NFL draft, suffered a right posterior hip dislocation Nov. 16 against Mississippi State when he landed hard on his right knee. The force of the dislocation of the thigh bone resulted in a fracture of the back of the hip socket, more specifically termed a posterior wall acetabular fracture.

Tagovailoa traveled to Houston that night and surgery was performed by Routt the next morning. A CT scan taken post-operatively confirmed a successful repair, but it would be several months before doctors could feel fully confident that Tagovailoa’s hip had healed as hoped.

One potential complication following this type of injury, albeit a rare one, is damage to the small arteries that supply blood to the hip. If the blood supply is disrupted, a condition called avascular necrosis (AVN) can develop, meaning a portion of the bone dies, thereby threatening the structural integrity of the hip joint. Based on the progress Tagovailoa has made to date and his imaging studies, all indications are this is not an issue for him.

“AVN happens rarely. I only see it in about one patient a year, but it usually shows up in the first three to four months,” Routt said. “Every day after that, the chances get smaller and smaller.”

Before Tagovailoa left the stadium on the day he got hurt, Cain returned the femur, or hip bone, back into its normal position in the hip socket, something Routt says likely further helped protect the blood supply.

“If you get your hip put back in the socket quickly, that usually lowers your chance of avascular necrosis,” he said.

Noted hip specialist Thomas Byrd recently evaluated Tagovailoa in Nashville, Tennessee, as a means of providing an update for NFL team physicians in the absence of post-combine medical rechecks. According to Cain, Byrd told him that Tagovailoa’s right hip was actually stronger than his left.

Both Cain and Routt rate the long-term prognosis for Tagovailoa’s hip as excellent, saying he is at a lower risk of redislocation or fracture-dislocation as a result of the protective effect of the surgical repair and the plate implanted in his hip. His chances of developing arthritis in the hip are “extremely low,” according to Routt, given the solid repair, the joint stability and the overall health of the joint as visible on imaging.

They also both credit Tagovailoa for being compliant with the post-operative protocol following surgery, especially the strict rest necessary to protect his hip for the first six weeks to allow proper healing — which, they acknowledged, is not easy for an athlete.

Cain has come to know Tagovailoa over the course of his career at Alabama, having treated him for his other injuries (a fractured left index finger, a right knee sprain and bilateral ankle injuries), all of which he notes have fully healed and present no long-term issues. He said one characteristic that might go unnoticed as a contributing factor to Tagovailoa’s recovery is his positive attitude.

“We know the ability to recover from injury has a lot to do with your resilience. That’s the thing about Tua. He’s so positive,” Cain said. “Through this whole process, I never really saw him get down. Even when I was worried early on after the injury, Tua wasn’t. He was like, ‘It is what it is, let’s get it done.'”

Routt also noted that as is typically the case with this type of injury, he had to repair a portion of the labrum in Tagovailoa’s hip when he repaired the fracture. He emphasized, however, that this is not the same portion of the hip labrum often associated with athlete injuries.

“This labral injury is really a posterior inferior tear, but the anterior portion remained intact,” Routt said. “It’s like looking at a clock face. The tear is at 8 o’clock, not the 10-2 range that’s particularly relevant to sports.”

Routt added that Tagovailoa’s specific anatomy actually helped him in yet another aspect. The inferior gluteal nerve, a nerve that contributes to the strength of the gluteal muscles, can be damaged with this type of injury. According to Routt, this nerve was naturally located in a slightly different position for Tagovailoa, allowing it to remain fully intact.

“Most people might not notice it but it really helps for a power athlete like him to have fully normal function,” Routt said.