Lewis Hamilton had looked on course to race to his sixth win of the year after establishing a commanding 11-second lead with just 20 of 53 laps on the board.

But the world champion was hit with a 10-second stop-and-go penalty after he stopped for tyres when the pit-lane was closed, with Hamilton eventually crossing the line in seventh.

“This is a loss for Mercedes and the big teams, but it’s a victory for the sport,” said Wolff.

“That was great entertainment today and it was fantastic to see the young guys fighting out front. Congratulations to Pierre and AlphaTauri, they deserved the win.”

Hamilton’s mistake was the catalyst for the best race of the year, providing a shot in the arm for the sport after a series of predictable weeks.

Gasly started 10th but was third at the restart following Charles Leclerc’s high-speed crash at Parabolica.

He then made mincemeat of Stroll when the race resumed on lap 28. Hamilton stopped for his penalty, Gasly assumed the lead and held his nerve. Sainz chased him all the way to the line but the AlphaTauri driver triumphed by just 0.4 seconds.

Gasly, who became the first French driver to win a grand prix since the similarly unlikely triumph for Olivier Panis in a Ligier at Monaco 24 years ago, was reduced to tears when he crossed the line. 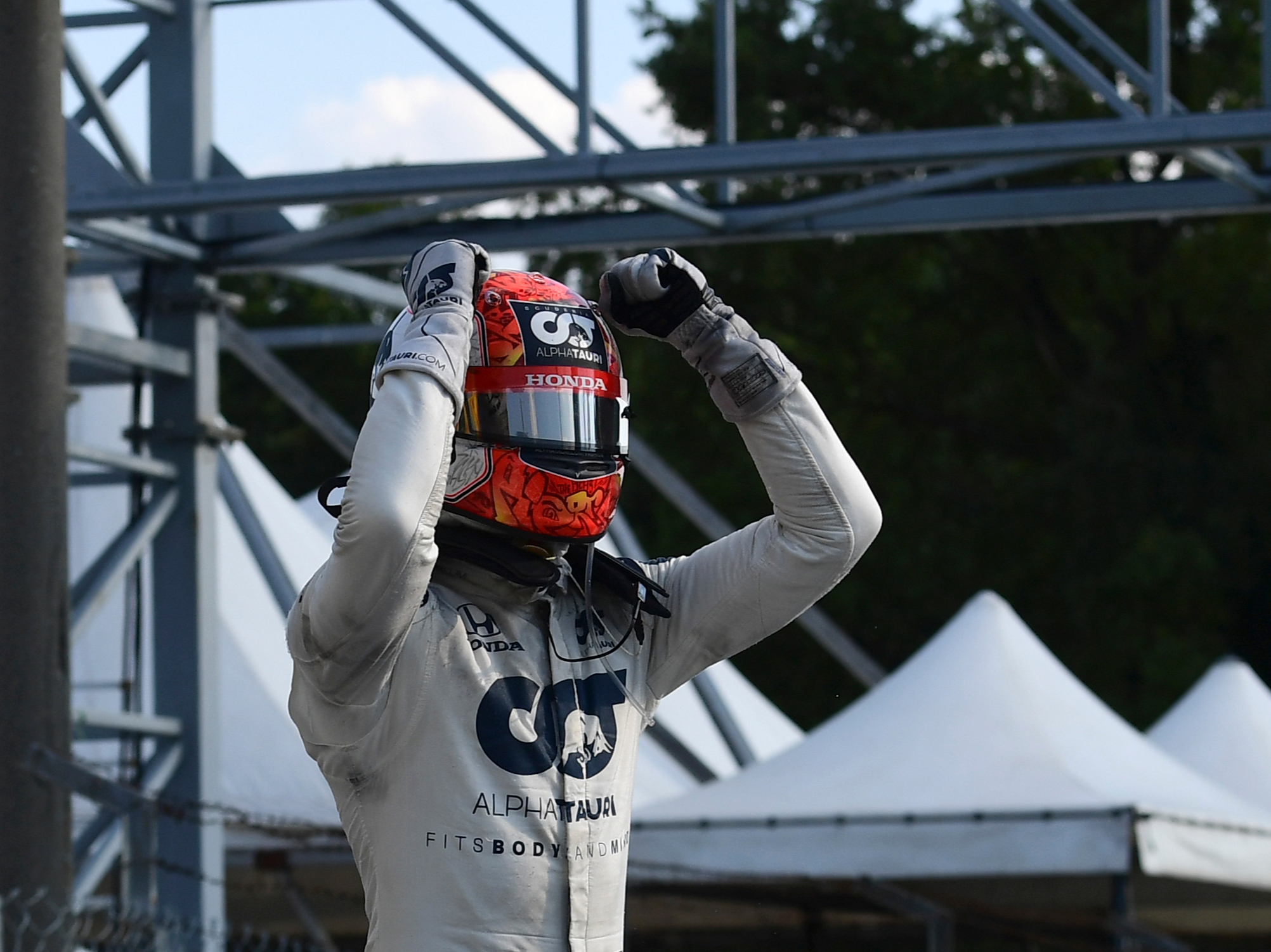 Hamilton, who will head to Mugello for the Tuscan Grand Prix on Sunday, paid tribute to the sport’s newest winner.

“When Pierre was at Red Bull he was dropped unfairly,” said Hamilton. “He wasn’t given the time to develop.

“He’s now gone to the B-team and he has beaten the A-team. That puts a big smile on my face because I think he truly deserves it.”