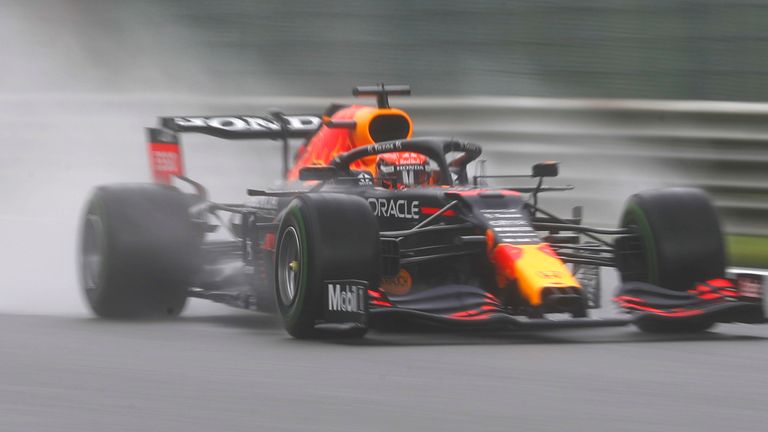 Max Verstappen comfortably topped a wet final practice for the Belgian GP ahead of team-mate Sergio Perez and title rival Lewis Hamilton, with a damp and unpredictable qualifying in store at Spa-Francorchamps.

Heavy rain fell overnight and throughout Saturday morning in the Ardenne hills, leading to slippery circuit conditions for the drivers, many of whom had nervy off-track moments as they looked to get their eye in for qualifying.

But Verstappen managed to clock what was by far the fastest lap, a 1:56.924, 0.9s quicker than Perez in the other Red Bull.

The Dutchman also topped Friday’s second practice, although ended that session with a shunt into the barriers. 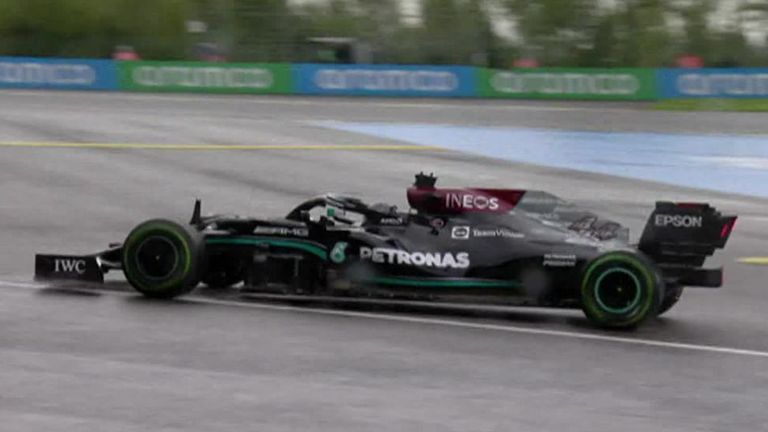 Lewis Hamilton was a second off the pace in P3, but clocked his time slightly earlier in the session when the track conditions were worse.

Verstappen and Hamilton – split by eight points in the championship with the Mercedes driver in the lead – are both famously strong in the wet weather and so will fancy their chances for qualifying, with more rain in the air.

The shootout starts at 2pm on Sky Sports F1, with extensive build-up from 1pm.

Lando Norris finished a competitive fourth for McLaren, and even optimistically fitted soft tyres right at the end of the hour-long session – unable to find lap time as he drifted around the 7km circuit. 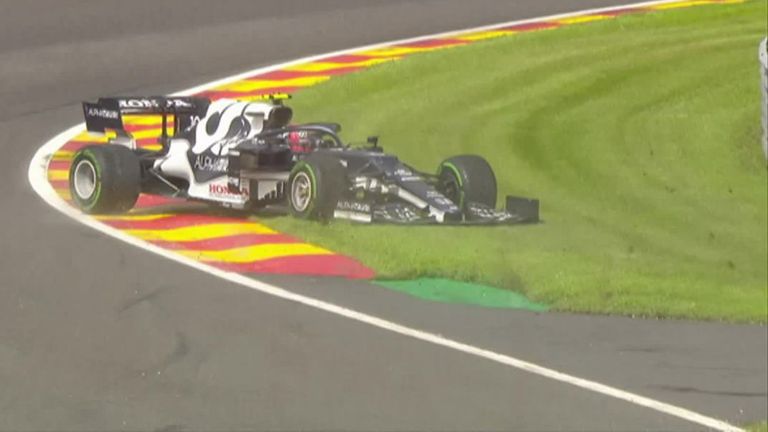 Alpine and Aston Martin finished with both drivers in the top-10, while notable absentees from the top of the timesheets were Valtteri Bottas, the Mercedes driver only 11th, and both Ferraris.

Carlos Sainz and Charles Leclerc, who has a new chassis after his Friday shunt, were 14th and 16th.

But Kimi Raikkonen had the most frustrating session, only completing three laps in his Alfa Romeo due to brake issues.