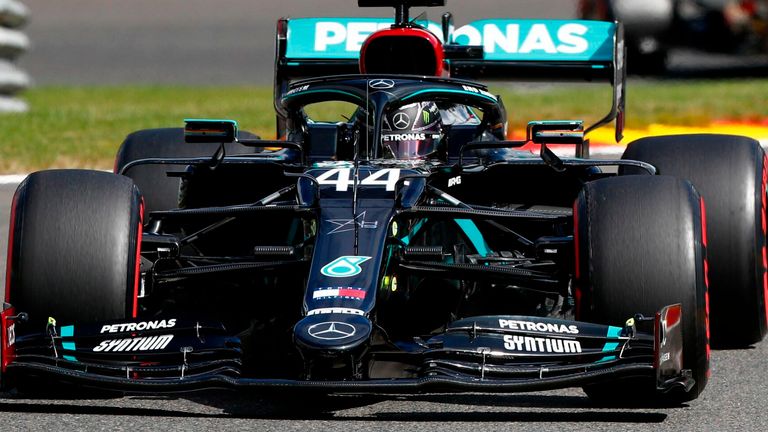 Stop-start rain in the iconic Ardenne forest meant flying laps were few and far between during the hour-long final practice – but it was Hamilton who moved ahead in a frantic finish to the session with every driver out on the track.

Hamilton, the championship leader who was struggling in his Mercedes on Friday, set the pace with a lap of 1:43.255.

Renault once again established themselves as shock closest challengers, with Ocon second, just 0.2s off Hamilton, while Norris was up in third for the Renault-powered McLaren.

Alex Albon finished fourth, as Valtteri Bottas and Max Verstappen – who were the leaders earlier on in the session – failed to improve on their final laps as they were hampered by heavy traffic.

But Ferrari had an utterly miserable session.

Charles Leclerc and Sebsatian Vettel were, quite staggeringly, down in 17th and 20th – meaning they could be in real danger of exiting Q1 in qualifying later this afternoon. 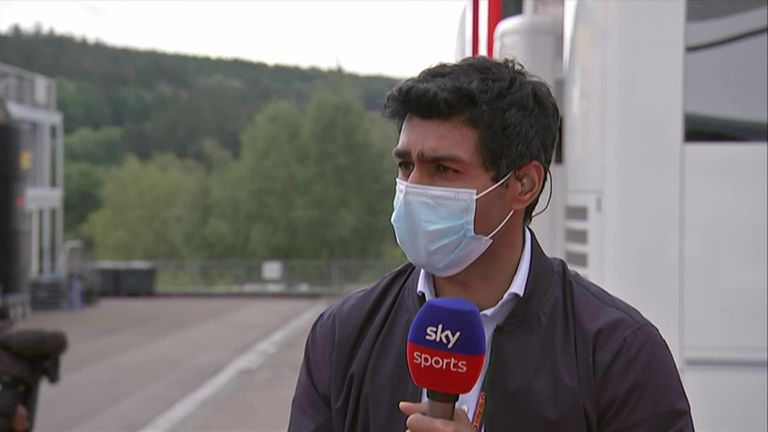 “I wish I could explain it,” said Sky F1’s Karun Chandhok. “I don’t get how they’re behind the Haas cars, they’re the same power unit. They should be a second up from their customer car. Something’s gone fundamentally wrong, it’s not just the power unit.

“It feels like they’re clutching at straws to regain performance. They’ve lost what they need to do to get the cars back into the top 10.