Toto Wolff has admitted Red Bull’s plan to design their own engines from 2026 is a “very bold strategy”. The team have already set up their Red Bull Powertrains division and will go it alone after talks with Porsche over a supply deal ended.

Red Bull could return to Honda but boss Christian Horner has already confirmed any tie-up will likely be for smaller parts such as batteries. Wolff admitted he was disappointed Red Bull did not join forces with Porsche as he wanted to take on the fellow German marquee.

However, he revealed the strategy would help Red Bull achieve its aim of being self-sufficient. Wolff explained: “I think it’s a very bold strategy.

“Being self-sufficient is clearly a scenario that Red Bull have always wanted to achieve, have their own power unit, not be dependent of any other OEM. And here we go. That’s the strategy they have deployed. And we shall see what happens in ’26/’27/’28.” 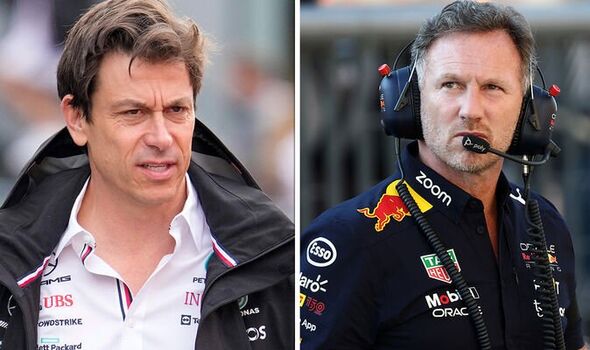 Horner has previously suggested F1’s new budget cap was a fundamental reason behind the team deciding to build its own power units. The new power units will supply Red Bull and Alpha Tauri but there is capacity to bring on two extra factory teams.

Red Bull Powertrains have embarked on an extensive recruitment campaign with many engineers coming from their nearest rivals, Mercedes. Helmut Marko has previously claimed around 50 Mercedes staff had left to join Red Bull in a major headache for the Silver Arrows.

Marko suggested Mercedes losing so many staff was “not insignificant” and would create some difficulties for the team. 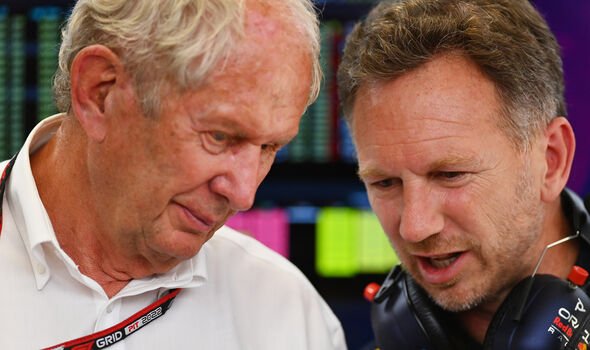 Horner added: “As soon as we made the decision there was full commitment. It’s no small undertaking, some people are saying we’re completely mad to take on the likes of Ferrari and Mercedes and Renault and potentially even Honda starting from scratch.

“But that is exactly the Red Bull way, to achieve the impossible. That was said about designing and building a chassis. With the quality of people that we’ve managed to recruit, based in the UK, there hasn’t been an investment in the UK like this in an engine facility probably in the last 40 years.

“So that has enabled us to attract some phenomenal talent that we’re still actively recruiting, and announcing some more new members to the team in the near future.”