Carlos Sainz has aimed a subtle dig at doubters who criticised him for fighting Charles Leclerc at Ferrari. Sainz said there was a section of fans who “didn’t want him” fighting Leclerc after finding form in the middle of the campaign.

The Spaniard struggled over the opening races, crashing out of the Australia and Emilia Romagna Grand Prix. But, he turned things around in the middle of the campaign with P2 finishes in Monaco and Canada.

He also secured his first career win at an action-packed British Grand Prix at Silverstone. However, Sainz stresses it was “frustrating” to be moaned at despite giving his best in the opening part of the season and then criticised again when things went well.

He said: “I can understand that after the first few races, Charles (Leclerc) was clearly one step ahead in both qualifying and race pace. But in the middle of the season, I improved a lot. Yeah, I started getting into the fight more and it was kind of frustrating in a way, because when I got into the fight it seemed like some people didn’t want me there. 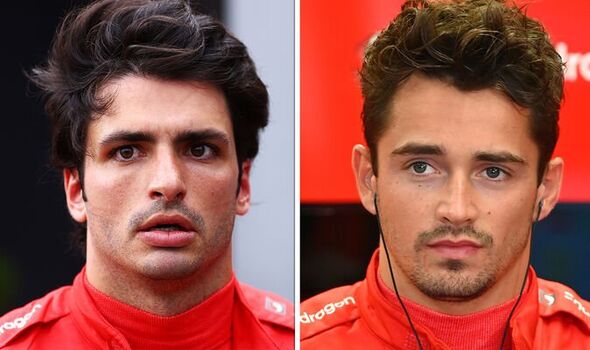 “I was criticised for not being there, and when I started being there, some wondered what I was doing up front, letting Charles win everything. It was frustrating, especially from the press. They criticise me, but just when I was there, fighting, they don’t want me in front of me anymore.

“You saw that I do not pay much attention to what is said out there.” Questions have been asked all season whether Ferrari would implement team orders to help Leclerc’s title bid.

Ferrari has never intervened in the pair’s on-track battle but this has led to Leclerc dropping some points. The Scuderia’s decision not to get involved ultimately cost Leclerc a potential race win at Silverstone. 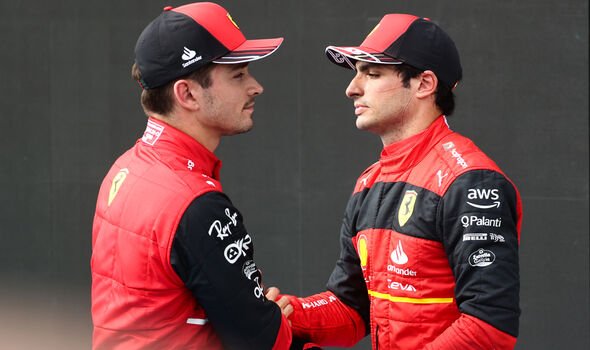 Instead, Leclerc finished P4 and missed the opportunity to close the gap to under 30 points in the world championship. Speaking over the summer, Ferrari race director Laurent Mekies admitted team orders are talked about more outside the team than inside the garage.

But, he revealed the plan was to target the “best result” for Ferrari at each race weekend before making a decision on driver preference later in the campaign. After the summer break, Ferrari’s form has nosedived with just three podiums between the two drivers as Red Bull’s Max Verstappen stormed to victories.