Hamilton was knocked off Formula One’s championship summit in Verstappen’s homeland after the Red Bull driver raced to a comprehensive triumph.

Verstappen’s 70,000-strong orange army created a carnival atmosphere in Zandvoort – a sleepy coastal town 25 miles outside of Amsterdam – but under the weight of huge expectation he kept his composure following a fine drive from pole.

With overtaking almost impossible on the twisty 2.65-mile circuit, Hamilton, who started second, knew his best shot at glory would come through strategy.

But Mercedes were slow putting on Hamilton’s right-front tyre in his opening stop. He was called in for a second change on lap 39 of 72 – too early in Hamilton’s opinion – emerging in traffic and scuppering any hope of undercutting his rival.

“We called our bluff too soon,” complained Hamilton during the race.

Moments later he was on the radio again: “I had so much life left in that tyre. I don’t know why we rushed it [the second stop].”

Then, after a warning from race engineer, Peter Bonnington, that his tyres might run out of steam, Hamilton snapped: “I am pushing to close this gap [to Verstappen], man. Come on.”

Speaking in the post-race press conference after finishing runner-up, Hamilton said: “Today we needed everything to be perfect to even have the slightest chance of getting past Max.

Hamilton found an unlikely ally in the paddock on Sunday night, with Nico Rosberg deeply critical of his former team’s decision-making.

The 2016 world champion said: “It could have been a closer fight, but the way Mercedes did it today, there was no chance, and that was strange to see. It was a big, big mistake.

“This year, we have not seen the usual high level of strategy from them. There is something going on, and this evening there will be some serious discussions.

“What I also found really bad were the comments from Bonnington to Lewis.

“They were garbled and not clear. Should he push, or shouldn’t he push? What was he doing? That was below-par from Bono.” 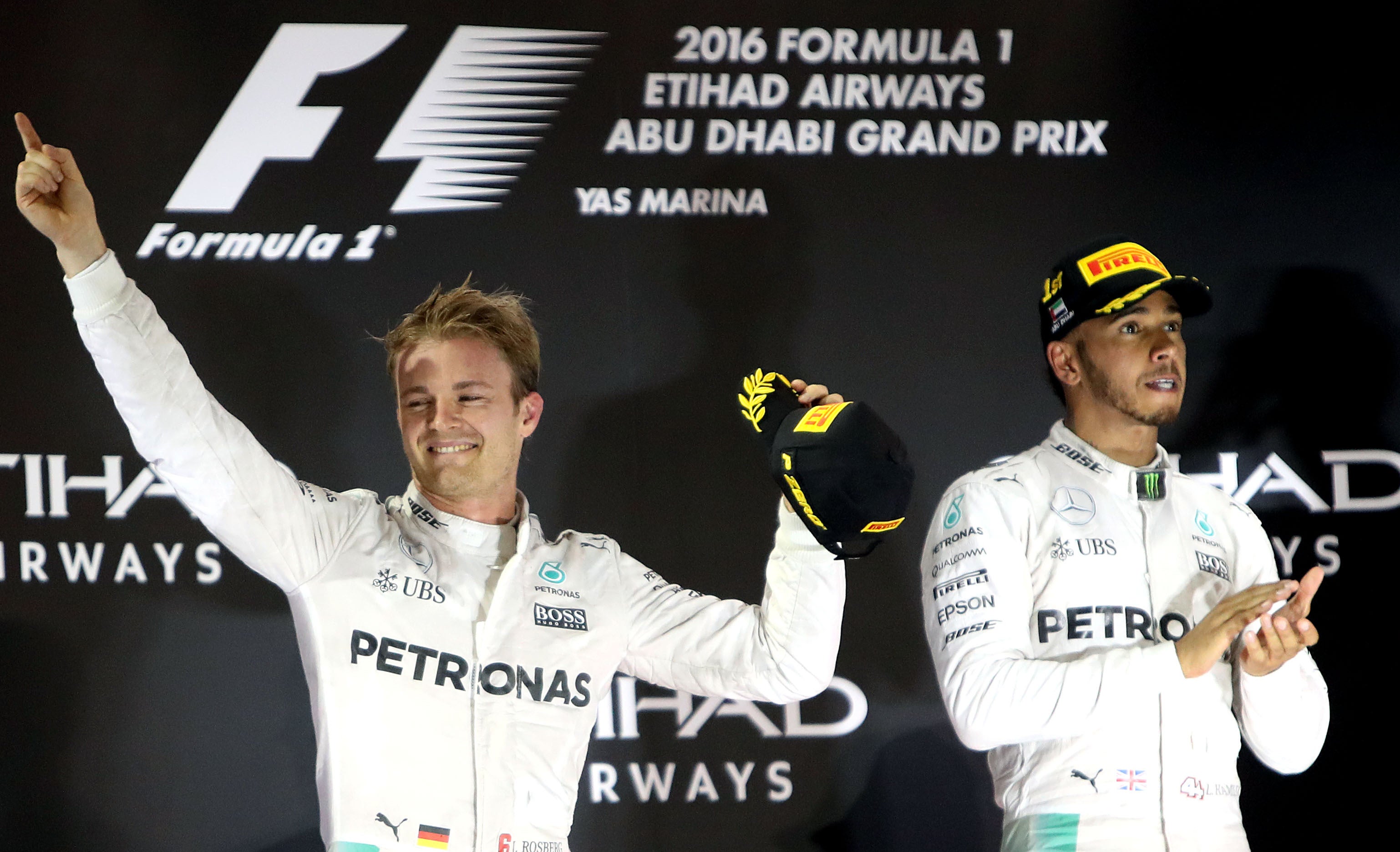 Hamilton was also forced to chase the fastest lap on the final lap after team-mate Valtteri Bottas set to be replaced by Briton George Russell for 2022, defied an order not to beat Hamilton’s previous best time.

The seven-time world champion succeeded to gain a bonus point which could prove pivotal in this topsy-turvy title fight.

On F1’s return to Holland after 36 years away, Verstappen did not wilt under the pressure.

The Dutchman and Hamilton shared a front row for the first time since their opening-lap crash at the British Grand Prix seven weeks ago. But, on Sunday, Hamilton never got close enough to mount a challenge.

The orange army roared as Verstappen left Hamilton trailing on the 262-metre charge to the opening Tarzan bend, and by the end of the first lap, he was already 1.7 seconds clear.

Hamilton pitted on lap 20, but was stationary for an extra second following a sticky front-right wheel. Verstappen stopped the next time around and emerged ahead of Hamilton – his lead halved from three to one-and-a-half seconds.

Mercedes then deployed Bottas in the hope he would act as a roadblock, but Verstappen swept past with ease on lap 30. 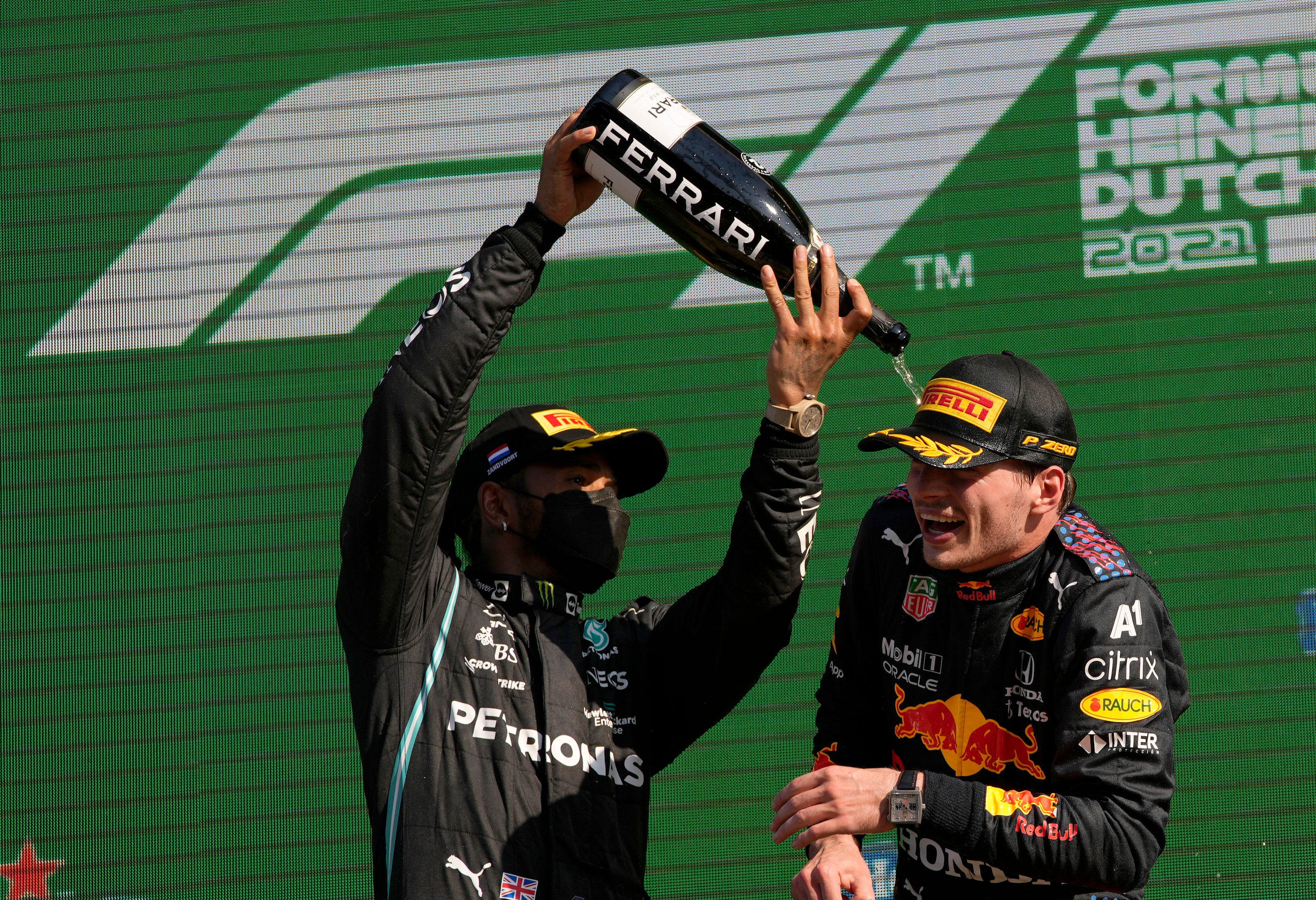 At that stage, Hamilton was within striking range – just seven tenths adrift of Verstappen – but when he stopped for a second time, he had fallen three seconds behind.

Hamilton then left the pits behind a host of backmarkers, and any chance of usurping his rival, was over.

As Verstappen took the chequered flag, orange smoke polluted the blue sky once more – his barmy army celebrating a win that puts their man back in charge of the championship. Dutch royalty joined in, too, with King Willem-Alexander and Queen Maxima watching the podium party

“There are always high expectations when you come here and the crowd want you to win but it is never straightforward,” said Verstappen.

“So to deliver with pole and then winning the race leaves me very satisfied. It is an incredible feeling to win in front of the fans, and the King and his family, too. It has been an amazing day.”