F1: Red Bull’s Verstappen gets in shape for new season

Rivalries have always defined the Formula One landscape. Seeing drivers go wheel to wheel throughout an entire season, some of whom are even on the same team, is what makes the sport so exciting.

And as the 2021 season nears, there are a series of crucial rivalries that will both decide the results of the present and the long-term future of the sport to consider.

With that in mind, here are three rivalries to watch in 2021 that could have long-lasting ramifications.

Lewis Hamilton is 36. At some point in the likely near future, he and Mercedes will split.

He and the team are still negotiating over a new contract, with team principal Toto Wolff already having said it will not be a three-year deal, while there have been some suggestions that Mercedes are ready to turn to the future.

Valtteri Bottas, meanwhile, signed a new one-year extension with Mercedes last year. Beyond 2021, his future also remains up in the air.

Then there is George Russell, who has impressed for Williams and shone in Hamilton’s stead in last year’s Sakhir Grand Prix.

Add this together and it’s clear to see: Russell and Bottas are competing for the right to be Hamilton’s successor as Mercedes lead driver.

Bottas finished as runner-up in the Drivers’ Championship in the last two years. But Hamilton outscored him by 124 points last year and Bottas won just two races all year, despite enjoying a far superior car to every other car on the grid.

JUST IN: Lewis Hamilton laid the foundation for Formula One’s We Race As One [OPINION] 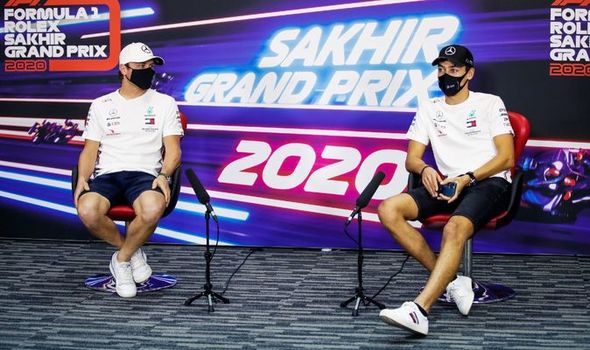 The Finn will have to improve his results in 2021 if he wants to continue with Mercedes, while Russell will be given the chance to see what he can do in a more competitive car if he can continue to progress with Williams.

Neither will be racing side by side for much of 2021, but they are competing with one another for a seat at the most dominant team in the sport.

Last year, only Max Verstappen could hold a candle to the raw pace of the Mercedes. Even then, it was his pure racecraft and driving skill that pulled a sub-par Red Bull into contention.

He will hope to be more competitive in 2021, perhaps even pushing Hamilton for the title.

But beyond 2021, Verstappen and Red Bull will be competing with a hopefully resurgent Ferrari who will be keen to put 2020 behind them.

The Scuderia failed to secure a single race win in 2020. Sebastian Vettel was subsequently let go at the end of the season and the team reorganised in support of Charles Leclerc as their new lead driver.

Leclerc did what he could with a poor Ferrari car, almost tripling Vettel’s championship points tally and earning two of Ferrari’s three podium finishes.

In 2021, he might not have the pace to challenge Verstappen and Red Bull consistently, but the young upstarts are the most likely candidates to succeed Hamilton and Mercedes as the new dominant drivers and teams at the front of the grid beyond that.

Their performances over the next year will lay the groundwork for who has the upper hand entering a crucial new era in F1 in 2022.

Another potential wildcard selection for a rivalry, this might not play out in 2021 or even 2022.

Nevertheless, Mick Schumacher arrives in F1 for the first time next year, and he will surely be thought of a potential Ferrari team leader in the years to come. 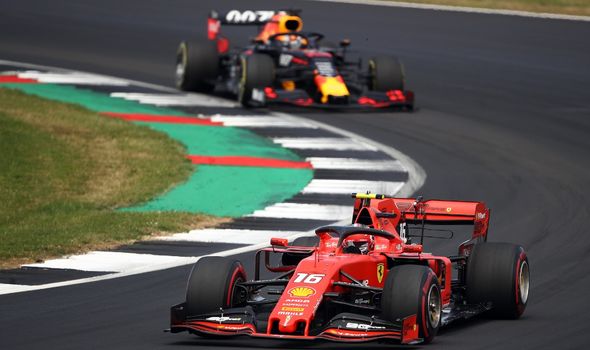 The Schumacher name is inextricably linked with Ferrari, such was the inexorable success his father enjoyed with the team.

Schumacher junior, of course, may not pan out in F1 as his father did, but if he can show glimpses of his quality with Haas in 2021, there will be little stopping the inevitable links to Ferrari. After all, he has already tested the car ahead of the 2021 season!

Then there is Carlos Sainz, who signed with Ferrari after two solid and consistent years with McLaren.

McLaren finished third in the Constructors’ Championship last year because of Sainz’s reliability and he more than deserves his chance to prove himself at a resurgent Ferrari.

For now, Leclerc is the unquestioned leader of the team, but Sainz will look to challenge that authority, all with the knowledge that Schumacher will be breathing down his neck, even from the back of the grid.