Audi announces they are joining Formula 1

Ferrari president John Elkann has insisted he has “great faith” in under pressure team boss Mattia Binotto, but admitted he is “not satisfied” with the team’s performance so far this season.

Ferrari began the season strongly, with Charles Leclerc winning two of the first three races and taking an early lead in the Drivers’ Championship. However, their title challenge has since fallen away, with defending champion Max Verstappen now 116 points ahead of Leclerc and Red Bull taking a 139 point lead over Ferrari in the Constructors’ Championship.

And Binotto has come in for criticism this season, with former F1 world champion Nico Rosberg claiming Ferrari’s pit work was worse than some Formula 2 and 3 teams at the Dutch Grand Prix and ex-F1 driver Hans-Joachim Stuck suggesting his future is under threat. However, Elkann has given Binotto his backing in an interview with Italian outlet La Gazzetta dello Sport, while also admitting though that Ferrari have made “too many mistakes when it comes to reliability, driving and strategy”.

“We have great faith in Mattia Binotto and appreciate everything he and all our engineers have done,” Elkann said. “But there is no doubt that the work in Maranello, in the garage, on the pit wall and at the wheel needs to improve.

JUST IN: F1 boss hints at shake-up which could hinder Verstappen and Hamilton 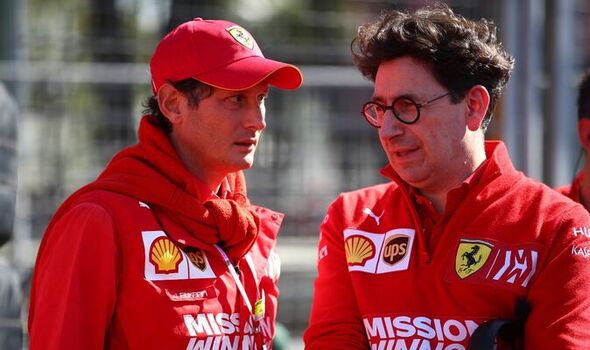 “We must continue to make progress and that goes for the mechanics, the engineers, the drivers and obviously, the entire management team, including the Team Principal. We have seen that there are still too many mistakes when it comes to reliability, driving and strategy.

“Putting our trust in Binotto and his team was the right decision and it has paid off. Thanks to them we are competitive and winning again. But I am not satisfied because I think we can always do better.

“Our first goal was to be competitive. If you are not, then you have nowhere to go, whereas you can always work on reliability. That’s why I believe that before 2026 Ferrari will once again win the constructors’ and drivers’ titles, with Charles Leclerc in pole position. We are lucky to have two great drivers, probably the strongest pairing in Formula 1.” 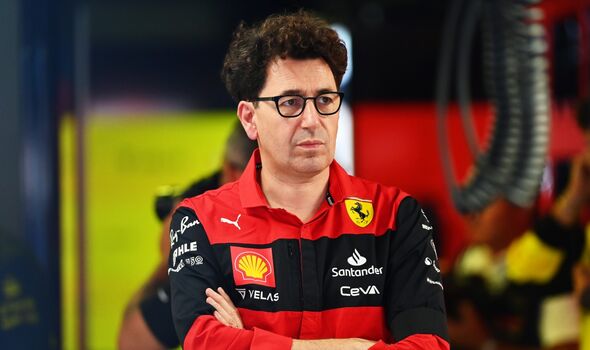 When asked about Elkann’s comments, Binotto replied: “Ferrari has done I think an enormous development in terms of performance from the last season to this one and if we look back at Ferrari, you need to go back many years to see such a development. Overall, the team have done a fantastic job in developing the current car but still there are situations: at first the reliability, because the reliability cost us at least a couple of victories, and to win a championship you need to be reliable, no doubt.

“The team has done such a great car, but certainly, we are aware that there are steps of improvement that are required to win the championship. How long it will take back at the factory, here at the racetrack? We are all working very hard to be there as soon as possible.”