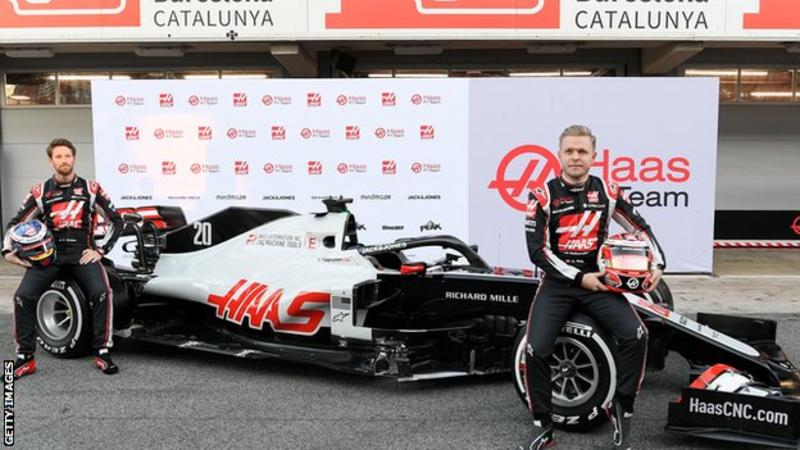 US-owned Haas have become the fifth Formula 1 team to put a major part of their workforce on enforced leave as a result of the coronavirus crisis.

The majority of their UK-based employees are now on furlough, following similar moves by McLaren, Williams, Racing Point and Renault in the past 10 days.

Some key staff have been kept on but on reduced salary.

Haas has not said whether its US and Italian bases will be affected.

Of the seven UK-based teams, only Mercedes and Red Bull, the best-resourced, are yet to announce salary reductions or enforced absences.

Under a job-retention scheme announced by the UK Government, companies can claim for 80% of employees’ wage costs up to £2,500 a month.

F1 teams are on a mandatory factory shutdown, moved forward from August in the hope of freeing up the schedule for races once coronavirus-related restrictions are lifted in countries across the world.

A series of cost-saving measures have been taken, including delaying by a year a major rule change previously planned for 2021 and forcing teams to run their 2020 cars next year as well.

Teams are also in the process of negotiations over lowering the $175m (£137.9m) budget cap scheduled to come into force in 2021, with a further meeting set for next week.

The season is yet to start and the first nine races have all been called off, with more expected to follow.

F1 bosses say they are looking at “all options” as they seek to re-establish a calendar later this year, including holding at least the initial races behind closed doors.

Ross Brawn, F1’s managing director, said this week that he believed a world championship of at least the mandatory minimum eight Grands Prix could be held during 2020, even if the season started as late as October.

F1 is also leaving itself the option of extending the 2020 season into January next year if necessary.