Lewis Hamilton has explained how moving it is to be racing at Imola this weekend as he prepares to make his Formula 1 debut at the track where his hero Ayrton Senna tragically lost his life.

After a 14-year absence the sport is back for an Emilia Romagna GP at Imola – a historic venue which evokes painful memories of the 1994 San Marino GP. Roland Ratzenberger and three-time F1 champion Senna were killed in crashes on consecutive days on that fateful weekend.

Hamilton, who started his F1 career a year after the championship’s last race at Imola, toured the circuit on Friday, passing Senna memorials along the way as well as “the harsh reminder of where Ayrton crashed” his Williams – the Tamburello corner.

But while Hamilton admitted the tough emotions, he also said it is “heart-warming” to race where his sporting inspiration had last raced.

“It’s great to be at this historic track,” Hamilton, who wore a yellow helmet in Senna’s honour throughout his early motorsport and F1 career, said. “It is still very surreal for me when I go to places – when I drive through the tunnel in Monaco, drive at the British Grand Prix, when you know that the greats of the past have raced at those places.

“The fact that earlier on that I was in an area that 26 years ago Ayrton was, doing what he loved, as I am… in one way that’s heart-warming to know that I am able to be here and doing what he was doing.” 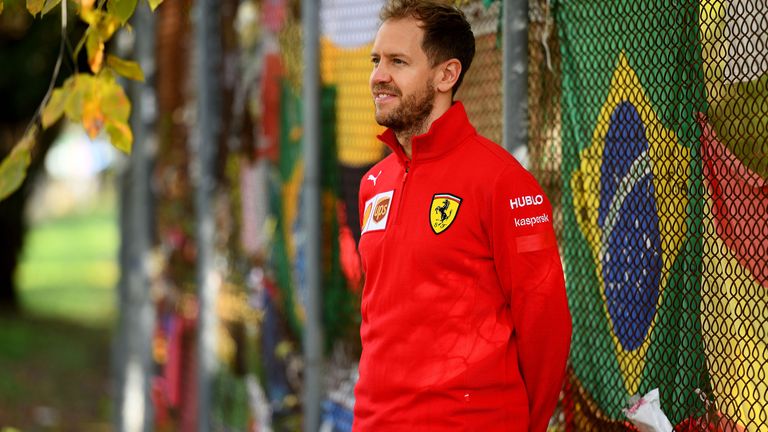 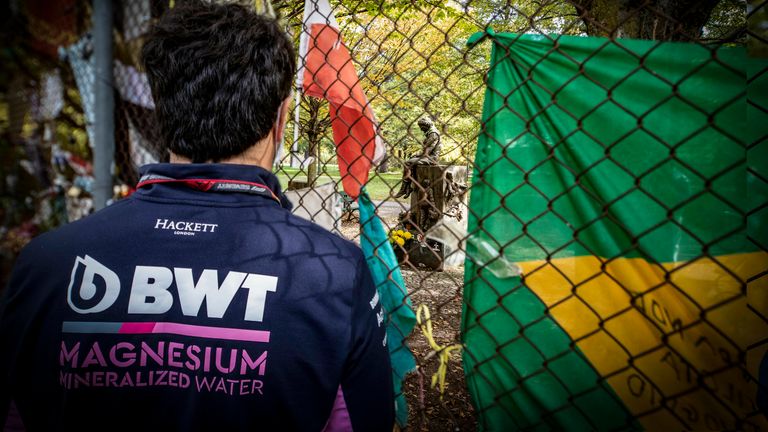 “I remember that day, I was racing at Rye House in karting,” Hamilton, who was nine at the time, stated. “My dad had a red Vauxhall cavalier and we had a white box trailer with a gas heater shoved at the deep end of the trailer. I was helping my dad fix the car.

“Someone told him that Ayrton had died and I remember I had to walk away from my dad because my dad would never let me cry in front of him. I had to go to a different place and it was not so easy.

“But I remember trying to challenge that sadness into my driving and I think I won that weekend. But the following weeks were very tough.”

Hamilton isn’t alone in being a big Senna fan, with Pierre Gasly unveiling a Senna-esque helmet for this weekend’s Emilia Romagna GP.

Tribute to Ayrton this weekend.💛
Remembering one of my idol with this special helmet. Legends are never forgotten. #SennaSempre pic.twitter.com/gaGnDv64Sd

The whole weekend is live only on Sky Sports F1. First – and final – practice starts at 9am on Saturday, with qualifying at 1pm. The race is at 1.10pm on Sunday, with build-up from 11.30am.