Lewis Hamilton has hailed Captain Tom Moore as a “legend” after the WW2 veteran raised more than £13million to boost the battle against the coronavirus pandemic. Captain Moore, who served in India, Myanmar and Indonesia during the 1939-45 conflict, is fundraising ahead of his 100th birthday later this month.

The Keighley-born ex-soldier is aiming to walk 100 lengths of his 25m-long back garden – totalling 2500m – before the big day.

Captain Tom is completing 10 laps a day and his efforts have earned him support from across the globe, with thousands of donations pouring in from far and wide.

£13.48m had been raised as of 1pm on Thursday afternoon – obilterating the original £500,000 target which Captain Tom aimed to make for NHS Charities Together. 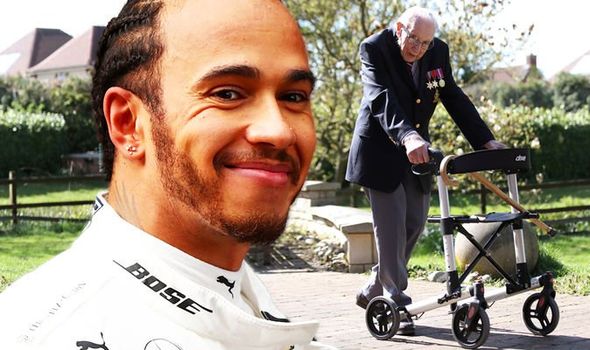 “What a legend!” wrote Hamilton, alongside a picture of Captain Tom on his Instagram story. “Captain Tom Moore is a total inspiration, raising over £13million for the NHS by walking 100 laps of his garden.

“I am blown away by his amazing achievement. Congratulations Captain Tom, we could all learn something from you!”

In the opening address of Wednesday evening’s press conference, Hancock said: “I want to pay a special tribute today to Captain Tom Moore. Captain Tom, you’re an inspiration to us all, and we thank you.” 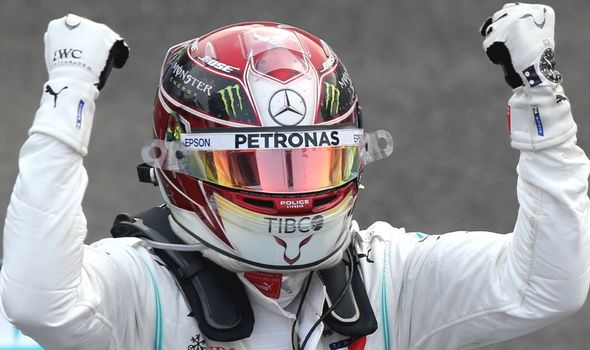 Captain Tom’s daughter, Hannah Ingram-Moore, has admitted the “adventure” her father has gone on through his efforts has reinvigorated him.

“No words can express our gratitude to the British public for getting behind Tom, for making this into a heartfelt story,” she said.

“He’s a stoic Yorkshireman, he’s an unruffled straight-down-the-line kind of person and has embraced this adventure as the next stage of his life.

“I believe that life is all about purpose, we all need purpose, and, whilst he’s had a life full of purpose, he did fall and break his hip and became much less independent than he had been for the preceding 98 years, and what you have done, the British public, and everyone who’s supported him, is giving him his next purpose.

“He is articulate, he’s alive, he’s doing this and I think he’ll do this until everyone says, ‘Stop, don’t do it any more’.”