Lewis Hamilton insisted he had nothing to prove with George Russell poised to be announced as his team-mate for 2022 – before calling on his compatriot to “respect” the harmony at Mercedes.

It is understood that the Silver Arrows will confirm 23-year-old Russell’s arrival as Valtteri Bottas’ replacement before next weekend’s Italian Grand Prix.

Russell’s elevation as a Mercedes junior driver to the hottest seat in Formula One comes after three seasons with Williams and his impressive stand-in display for a Covid-hit Hamilton in Bahrain last December.

Speaking ahead of his home event in Zandvoort, Dutchman Max Verstappen stirred the pot by suggesting Russell will “make life very difficult” for Hamilton.

But, in response, the seven-time world champion said: “I don’t feel I have anything to prove. I have raced against some incredible drivers as teammates, including Fernando Alonso in my rookie year.

“There will be things we learn from one another and it is important respect is always there. Communication is at the core of that. George being British will help.”

Hamilton’s remark was in reference to his fractious relationship with Nico Rosberg as the former childhood friends duelled for the championship.

But the Finn’s decline this season, and Russell’s emergence as a world champion in waiting, has forced their hand.

“If it does turn out that I have got a new teammate, I am in a different place in my life,” added Hamilton, who has been paired with Bottas since Rosberg’s retirement in 2016. 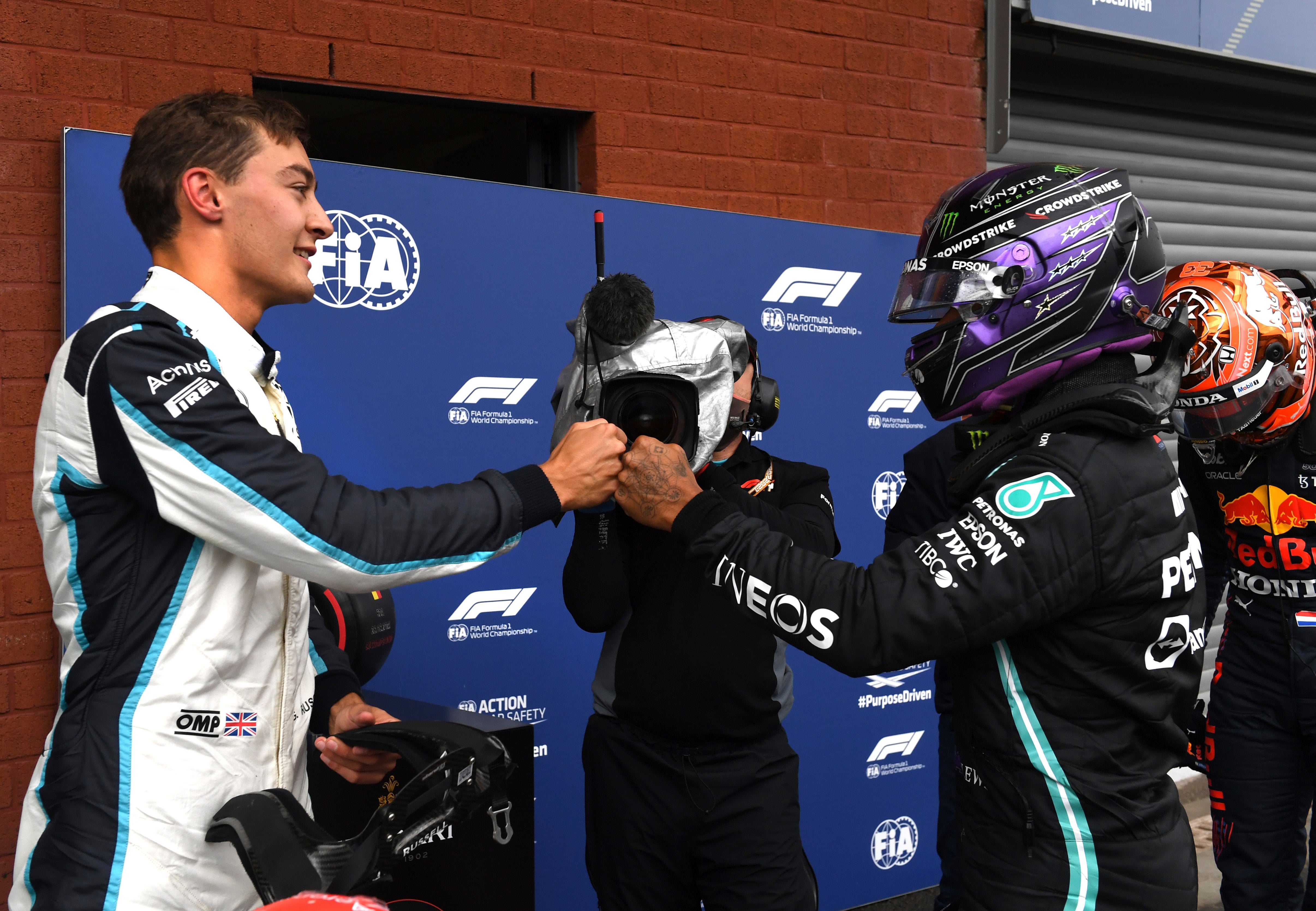 “We are much better prepared than we were in previous years so it doesn’t really worry me. When you start with someone new it takes time for them to gel, but George has been on the circuit for us, he has raced for the team, and been in the background, too.

“Our relationship will be good. He is clearly an incredibly talented driver and I would say the only highlight from last week was his amazing qualifying lap. He is humble and I am excited to see the youngsters coming through.

“I don’t want to lose to them, but I want to see the progression of the sport because I am a fan. These guys are fierce and I see a lot of myself in the younger generation.”

Russell kept his cards close to his chest when quizzed on his imminent move, but revealed for the first time he was told where his future lay during last month’s summer shutdown.

In his bid for a record-breaking eighth title, Hamilton heads Verstappen by just three points ahead of the first Dutch Grand Prix in 36 years.

Verstappen’s Orange Army are set to provide a hostile reception for Hamilton.

The Briton added: “It is something I expect. I have never been someone that goes to an event and boos but I understand it. You see it at football. It is just the passion the fans have, or the dislike they have for their opponents.”

Asked if he should call on his supporters not to jeer Hamilton, Verstappen said: “When you go to a football match, you come into a home ground, the opposition will be booed at some point and it’s not up to the local club to go on to the speakers and say, ‘Guys, you cannot boo’ because it will happen.