Lewis Hamilton has sensationally claimed it is not a guarantee he will drive in Formula One next season, with a new contract yet to be signed with Mercedes.

Hamilton moved a step closer to a seventh world title on Sunday when he fought back from third to lead the Emilia-Romagna Grand Prix and storm to victory.

The one-two finish for Mercedes at Imola sealed a record seventh consecutive constructors’ title for the Brackley-based team.

As team principal, Toto Wolff has been at the forefront of their success but the Austrian is seen as increasingly likely to step down at the end of the season.

Hamilton and Wolff have been a key part of Mercedes’ spectacular success and with the British driver yet to sign a new deal, his future is also in doubt. 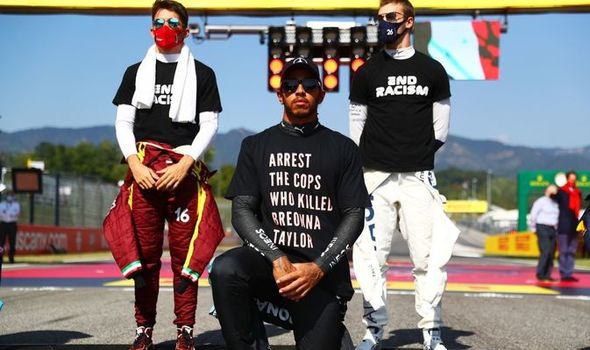 And the Brit, 35, has surprisingly teased that he could call it a day this year even though after this year he will be only one title away from being the outright most successful driver in F1 history.

“I don’t even know if I’m going to be here next year so it’s not really a concern for me at the moment,” he said when asked about Wolff’s future.

He added: “We’re in November and it’s crazy that Christmas isn’t that far away.

“I feel great, I still feel very strong, I feel like I could keep going for plenty of months. 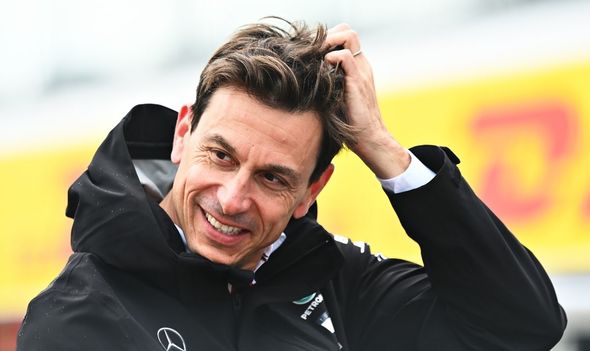 “But you mentioned about Toto and shelf-life, there’s multiple things that do stay on the top of my mind.

“I would like to be here next year but there’s no guarantee of that, for sure.

“There’s a lot that excites me of the after-life. So time will tell.”

Wolff is likely to transition into a new role at Mercedes next year which would leave a huge hole to fill.

The Austrian has been monumental for the Silver Arrows during their spell as F1’s dominant team.

“I’m never going to abandon it because it is something I love to do,” said Wolff.

“I believe everyone has a certain shelf-life in a role and I haven’t come to the end of mine.

“I think I can still contribute but I need to think about the future moving forward.

“Bringing somebody up, developing him doing this role, is something that is a fantastic challenge for me and that will be one of the next chapters. But you will see me around for a while.”

Related posts:
Basketball News:
Rams’ McVay ‘never’ considered benching Goff
Raul Jimenez breaks silence after successful operation on fractured skull
FA director Stacey Cartwright, who was leading search for Greg Clarke's replacement, steps down
MLB News:
Rams’ McVay ‘never’ considered benching Goff
Houston Texans WR Will Fuller hit with six-game PED suspension
Will Fuller is an idiot
Recent Posts
This website uses cookies to improve your user experience and to provide you with advertisements that are relevant to your interests. By continuing to browse the site you are agreeing to our use of cookies.Ok